Meet the hell planet with a magma ocean and rocky rain

Exoplanet K2-141b is fiery hot world that circles so close to its star that 1 side of the planet features a deep ocean of molten lava. Meanwhile, the other side is freezing cold.

In a new study announced on November 3, 2020, an international team of researchers described a planet unlike any in our solar system. The Earth-size exoplanet – named K2-141b – is a hot lava world on one side, but extremely cold on the other. It has a magma ocean, a rock vapor atmosphere, and supersonic winds. K2-141b is one of two planets in a star system about 202 light-years from our solar system in the direction of Aquarius the Water Bearer, a constellation seen from all part of the world on November evenings.

Planets that orbit close to their stars tend, of course, to be a lot hotter than those that are farther away, for example, Mercury and Venus in our solar system. But in some solar systems, there are planets that orbit their stars even closer than Mercury, the closest planet to our sun. Some of these extreme worlds are referred to as lava planets, where scientists think that at least part of their surfaces are covered by molten magma oceans.

On November 3, scientists at McGill University, York University and the Indian Institute of Science Education announced that one such planet under study – called K2-141b – is even more exotic. It’s a world that is scorching hot on one side and freezing on the other, with a magma ocean about 62 miles (100 km) deep, “rain” composed of rock that evaporates and then precipitates in a regular cycle similar to the water cycle on Earth, and supersonic winds over 3,100 miles per hour (5,000 km/hr). Wild! The findings are based on data from from NASA’s Kepler Space Telescope and Spitzer Space Telescope.

York University’s Tue Giang Nguyen is lead author of the study, published November 3, 2020, in the peer-reviewed journal Monthly Notices of the Royal Astronomical Society. Nguyen said in a statement:

The study is the first to make predictions about weather conditions on K2-141b that can be detected from hundreds of light-years away with next-generation telescopes such as the James Webb Space Telescope. 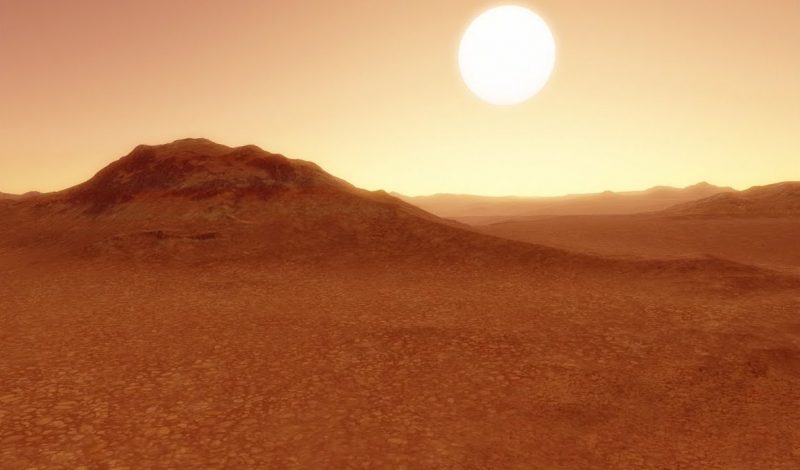 K2-141b’s surface is thought to be largely covered by a magma ocean (artist’s concept). Image via MediaInaf TV/ The Science Times.

Discovered in 2018, K2-141b is only about 1 1/2 times the radius of Earth, but is a very alien world. Its surface, atmosphere and ocean are all composed of rock, specifically sodium, silicon monoxide, and silicon dioxide.

It is different in other ways, too. The planet is tidally locked to its star, meaning that the same side is always facing the star, just like one side of the moon always faces Earth. About 2/3 of K2-141b is in perpetual daylight, something we never experience on our own world. The researchers determined this by analyzing illumination patterns of the planet in the telescopic data.

So how does this affect the planet’s climate? Being tidally locked this way means that there are drastic temperature differences between the day and night sides of K2-141b. On the side facing away from the star, it is bitterly cold, estimated to be below -330 degrees Fahrenheit (-200 degrees Celsius). But on the star-facing side, the temperature is estimated to be a scorching 5,700 degrees Fahrenheit (3,000 degrees Celsius). In our own solar system, we think of Venus’ scorching surface temperature as being hot enough to melt rocks. But on K2-141b, it is so hot that rocks can evaporate. The vaporized rock helps to create a thin atmosphere on the planet. As Nicolas Cowan at McGill University noted:

Our finding likely means that the atmosphere extends a little beyond the shore of the magma ocean, making it easier to spot with space telescopes. 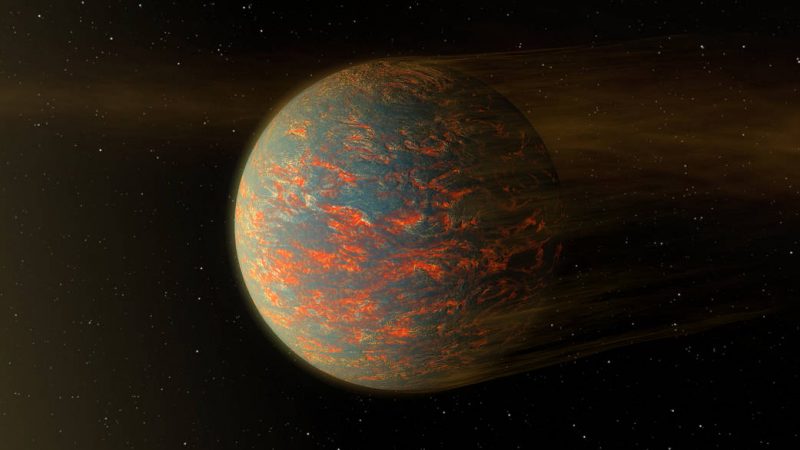 55 Cancri e, almost twice the diameter of Earth, is another possible lava world, as seen in this artist’s concept. Image via NASA/ JPL-Caltech.

It’s a regular cycle, but not as stable as on Earth. Since the flow of the magma ocean back to the hot side is slow, the scientists say that the mineral composition will gradually change over time, affecting both the surface and atmosphere of K2-141b. Cowan said:

All rocky planets­, including Earth, started off as molten worlds but then rapidly cooled and solidified. Lava planets give us a rare glimpse at this stage of planetary evolution.

The researchers now want to further test their calculations about K2-141b. They will now use data from the Spitzer Space Telescope to determine more specific temperatures for the day side and night side of the planet. Later, they plan to use the upcoming James Webb Space Telescope (JWST), due to launch in 2021, to analyze the atmosphere.

Lava worlds like K2-141b are unknown in our solar system. Even Mercury isn’t close enough to the sun to have magma oceans on its surface. On Earth and Jupiter’s moon Io (and maybe Venus), the lava flows from volcanoes can give an idea of what it’s like, but it’s still not the same as having much of, or most of, a planet’s entire surface literally melted to create magma oceans. 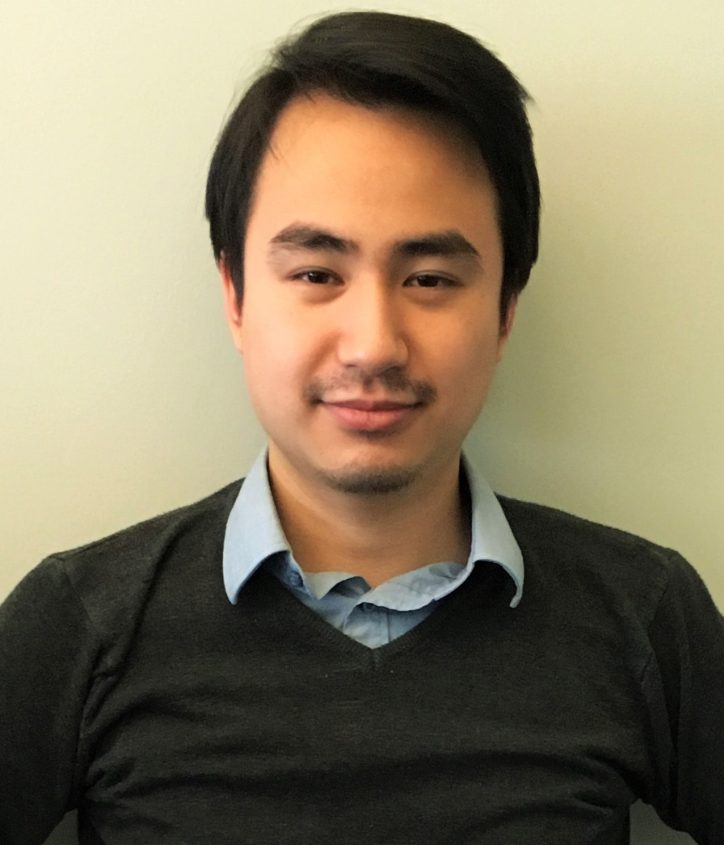 Earth and other rocky planets in our solar system actually used to be kinds of lava worlds when they were first starting to form several billion years ago, and were still extremely hot, molten and uninhabitable. But then they gradually cooled and became the solid, rocky worlds we see today. In the case of Earth, there is still residual heat inside, in the core, but the surface cooled enough to have a thicker atmosphere and water. Smaller planets like Mercury cooled down also, but have little or no internal heat left over, and very thin or nonexistent atmospheres. Molten worlds like K2-141b could therefore provide valuable clues as to how young, newborn rocky planets form and evolve before they cool enough to become rocky worlds.

Bottom line: Lava planet K2-141b is an extreme world with a magma ocean, a rock vapor atmosphere and supersonic winds.