The James Webb Telescope’s 2 component halves had been undergoing testing in Houston. They’re now at Northrop Grumman Aerospace Systems in California, about to be assembled. 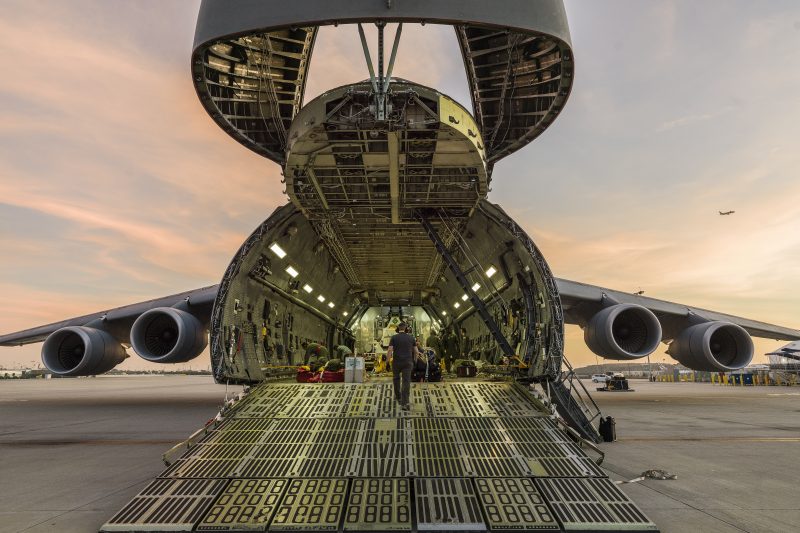 Remember the great story about California’s Palomar 200-inch (5-meter) telescope being hauled across country by truck in 1947? Even the haulage of the telescope was, at that time, considered a marvel.

I thought of that story on February 5, 2018, when NASA released the image above of the aircraft that has now successfully carried the two halves of the James Webb Space Telescope – scientific successor to the Hubble Space Telescope – to California. Those halves consist of the Webb’s optical telescope (with its 6.5-meter, gold-coated primary mirror) and integrated science instrument module, both of which are now safe and sound at Northrop Grumman Aerospace Systems in Redondo Beach.

The telescope pieces had recently been at the Johnson Space Center in Houston, undergoing many months of cryogenic testing.

The telescope and its instruments will be joined together at Northrop Grumman to create the completed Webb, which is currently scheduled for launch in 2019. 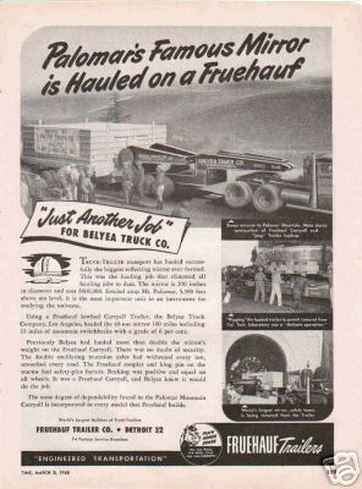 Scott Willoughby, vice president and program manager for the James Webb Telescope at Northrop Grumman, commented in a NASA statement:

It’s exciting to have both halves of the Webb observatory … here at our campus. The team will begin the final stages of integration of the world’s largest space telescope.

This is a major milestone. The Webb observatory, which is the work of thousands of scientists and engineers across the globe, will be carefully tested to ensure it is ready to launch and enable scientists to seek the first luminous objects in the universe and search for signs of habitable planets. 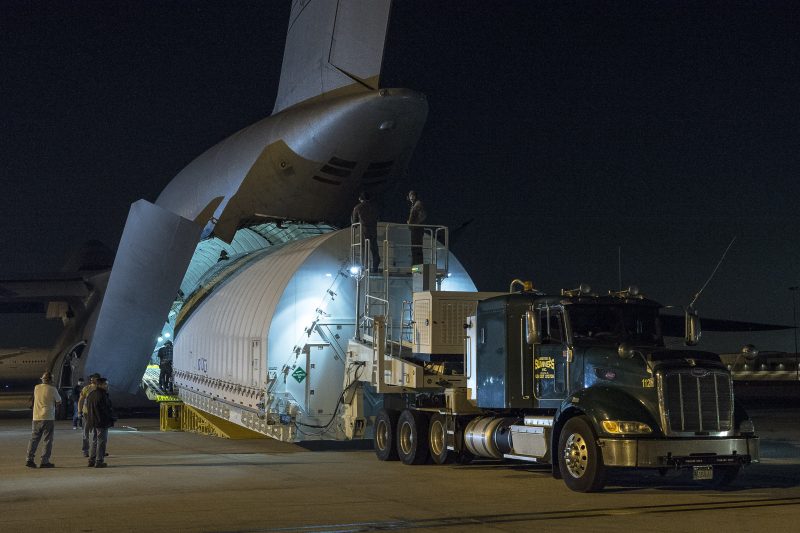 From Houston, the Webb telescope parts were flown to Los Angeles International Airport (LAX) and then were driven from the airport to Northrop Grumman’s Space Park facility. Shown here is the Space Telescope Transporter for Air, Road and Sea (STTARS), a specially designed shipping container that held the optical telescope and instrument module, being unloaded at LAX on February 2. Image via NASA/Chris Gunn.

The telescope’s assembly phase will soon begin and continue through this summer. Finally, the entire observatory will undergo more tests, what NASA called “observatory-level testing.” Its 2019 launch is scheduled for Kourou, French Guiana.