ESA will head for the double asteroid, too

Following NASA’s DART mission, if all goes as planned, an European Space Agency mission called Hera will also visit Didymos and its moon, to gather vital, detailed information. Watch a video, where astrophysicist and Queen guitarist Brian May explains more.

Take three minutes to watch astrophysicist and Queen guitarist Brian May tell the story of the European Space Agency’s (ESA’s) planned Hera mission, tentatively slated for 2026. Following NASA’s DART mission, ESA’s Hera mission also plans to visit a double asteroid system. The larger asteroid is named Didymos. This system is typical of the thousands that pose an impact risk to our planet, and even the smaller of the two little asteroids – the asteroid moon – would be big enough to destroy an entire city if it were to collide with Earth.

In 2022, NASA will crash its DART spacecraft into the Didymos system’s smaller asteroid, which is known as Didymoon. A few years later, Hera will come in to map the resulting impact crater and measure the asteroid’s mass. Hera will carry two CubeSats on board, which will be able to fly close to the asteroid’s surface, carrying out crucial scientific studies before touching down.

The Hera mission will be presented to an ESA meeting this November, where Europe’s space ministers will make a final decision on flying the mission.

Read more: NASA has a plan to knock an asteroid off course 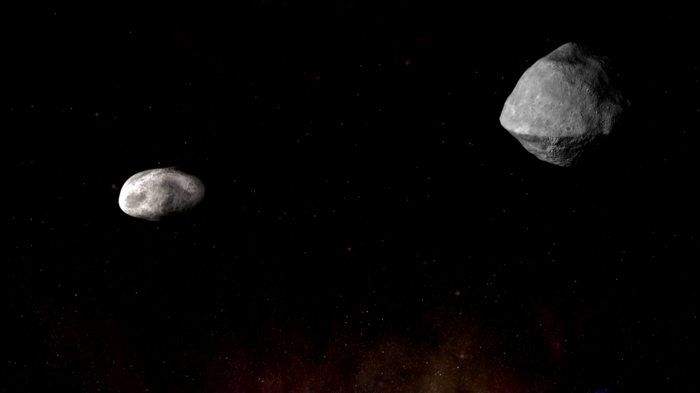