NASA has a plan to knock an asteroid off course

DART stands for Double Asteroid Redirection Test. The DART mission is planned for launch in 2021. It’ll visit a double asteroid – Didymos and its tiny moon – and crash into the moon in an attempt to change its orbit. 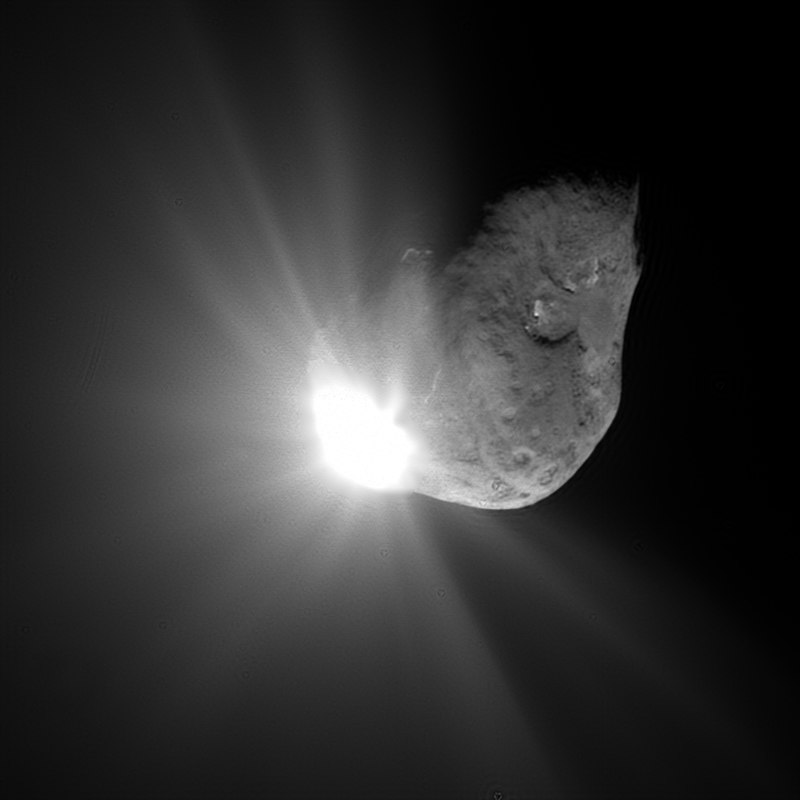 In the past several decades, astronomers have waked up to the reality that asteroids orbiting our sun do sometimes strike the Earth. It’s now know that the relatively little ones strike fairly often, mostly disintegrating in Earth’s protective atmosphere, and/or falling into the ocean. But larger asteroids have been known to pierce Earth’s atmosphere as well, such as the one that entered over Chelyabinsk, Russia, in 2013, causing a shock wave that broke windows in several Russian cities. At present, astronomers do not expect any large, world-destroying asteroids to be on a collision course with Earth, in the foreseeable future. But smaller asteroids – those capable of causing destruction on a regional or city-wide scale, for example – are possible. And what if we learned that one was headed our way while there was still time to try to avert the collision? Could we deflect it? How?

Astronomers have been meeting and seriously talking about what might be needed to deflect an asteroid for at least a couple of decades. Those talks have evolved into action; NASA’s DART mission is planned to launch in 2021, with the goal of ramming an asteroid in 2022 and testing the asteroid’s response. Afterwards, if all goes as planned, an ESA mission called Hera – now currently under study – will also visit the asteroid, gathering more detailed information. A February 4, 2019, statement from ESA explained:

The target of [both DART and Hera] is a double asteroid system, called Didymos, which will come a comparatively close 11 million km (about 7 million miles) to Earth in 2022. The 800-meter-diameter main body (about 2,600 feet) is orbited by a 160-meter-diameter moon (about 525 feet), informally called ‘Didymoon’.

Hera manager Ian Carnelli said in an email to EarthSky that both DART and Hera fall under the framework of what scientists call the Asteroid Impact and Deflection Assessment, or AIDA. Carnelli wrote:

Our Hera and Dart mission teams are fully functional and coordinating this joint experiment. An AIDA workshop is planned in September 2019 in Rome. The original ESA part of the mission, called AIM, did not receive full funding. ESA has therefore re-worked the mission (now called Hera) and optimized for reaching Didymos after DART impact, to complete the experiment by 2026.

DART is currently planned to launch in 2021. Hera would follow a few years after DART’s impact. ESA explained:

… Hera will follow up with a detailed post-impact survey that will turn this grand-scale experiment into a well-understood and repeatable planetary defense technique.

Read more: ESA plans to visit the double asteroid, too 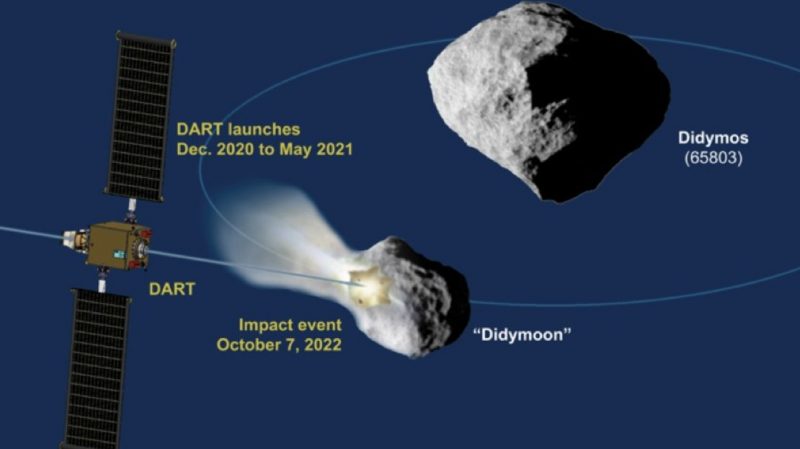 ESA also said the Hera mission will be the first spacecraft to explore a binary asteroid system – the Didymos pair. Also, the moon Didymoon will be the smallest asteroid ever visited by a spacecraft. It is about the same size as the Great Pyramid of Giza. Carnelli commented:

Such a binary asteroid system is the perfect testbed for a planetary defense experiment but is also an entirely new environment for asteroid investigations. Although binaries make up 15 percent of all known asteroids, they have never been explored before, and we anticipate many surprises.

Check out the scale chart below – prepared by the Planetary Society – of all asteroids and comets so far surveyed by spacecraft. On this chart, the larger Didymos asteroid would form a modest dot, with its smaller moonlet struggling to make a single pixel.

View larger. | The Planetary Society created this comparison chart of all the asteroids and comets visited so far by spacecraft. On this chart, the larger Didymos asteroid would form a dot, with Didymoon struggling to make a single pixel. Image via Planetary Society/ESA.

ESA said Didymoon’s small size was one reason it was chosen for a pioneering planetary defense experiment. As it happens, this little asteroid moonlet is also in the riskiest class of near-Earth asteroids because of its size: larger bodies can more easily be tracked, smaller bodies will burn up or do limited damage, while a Didymoon-sized impactor could devastate an entire region of our planet.

Bottom line: In what’s being called humankind’s 1st planetary defense test, space scientists are planning to send a spacecraft to a double asteroid – Didymos and its tiny moon – and crash it into the moon in attempt to change its orbit.