Galaxy collisions not the only source of monster black hole activity

What causes a monster black hole at a galaxy’s heart to turn on and begin radiating powerfully? European astronomers suggest a reason besides galaxy collisions.

In a surprise announcement earlier today (July 13), the European Southern Observatory said that monster black holes – those giants of millions or billions of solar masses, thought to lurk at the hearts of most galaxies – have a mechanism to become active other than galaxy collisions.

Prior to this, galaxy collisions were thought to cause supermassive black holes to begin sucking in surrounding gas, dust and stars – triggering violent outbursts at a galaxy’s core – marking the transition from a quiet galaxy, like our Milky Way, to an active galaxy. Here’s what ESO said.

A new study combining data from ESO’s Very Large Telescope and ESA’s XMM-Newton X-ray space observatory has turned up a surprise. Most of the huge black holes in the centers of galaxies in the past 11 billion years were not turned on by mergers between galaxies, as had been previously thought.

This conclusion results from a new study of more than 600 active galaxies in a patch of sky called the COSMOS field. Intensive study of this region shows the likelihood that the cores of galaxies and their lurking black holes become active due to processes – such as disc instabilities and starbursts – within the individual galaxies themselves. Results of the study appear in a July 2011 issue of The Astrophysical Journal.

The galaxy NGC 4945 is an example of a galaxy with an active nucleus. Image Credit:ESO/IDA et al 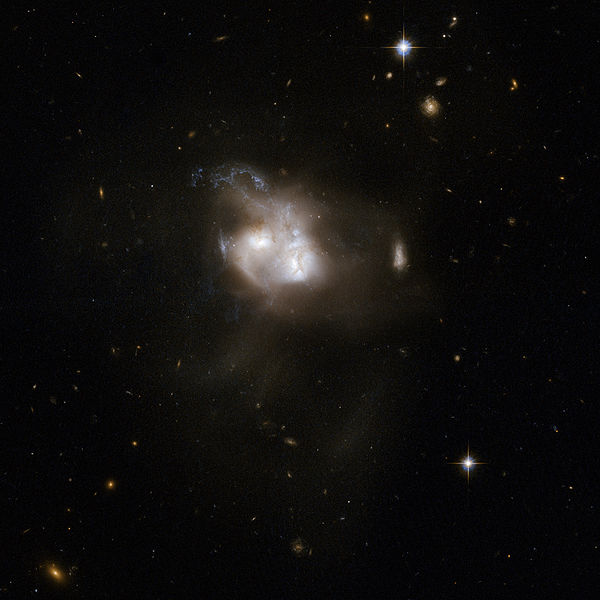 NGC 5256, also known as Markarian 266, is a striking example of two disk galaxies that are about to merge, each having an active galactic nucleus. A new study suggests that the active nuclei were triggered not by the merger but by processes within each galaxy. Image Credit: NASA/ESA et al 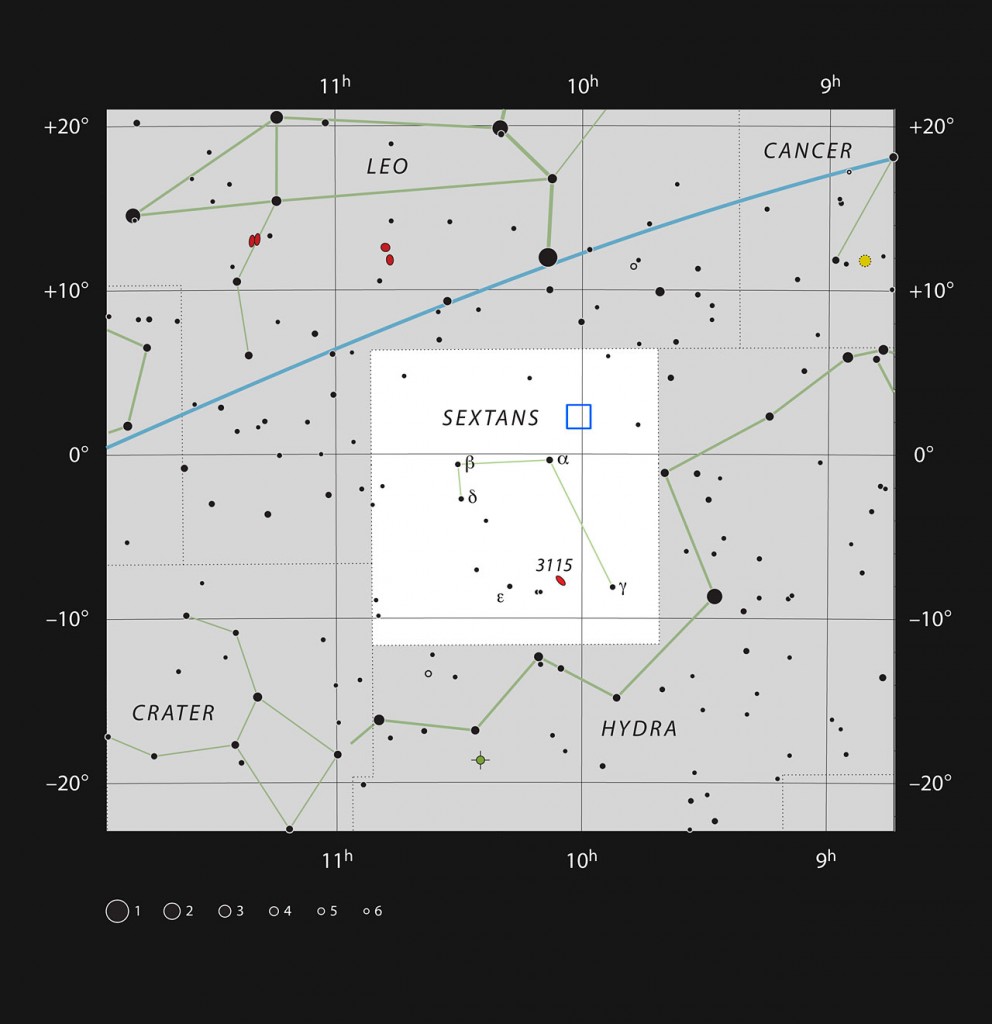 The COSMOS field is an area about ten times that of the full moon, in the constellation of Sextans. It is one of the most studied parts of the sky with telescopes on the ground and in space. Image Credit: ESO, IAU, Sky and Telescope

The process that activates a sleeping black hole – turning its galaxy from quiet to active – has been a mystery in astronomy. What triggers the violent outbursts at a galaxy’s center, which then becomes an active galactic nucleus? Up to now, many astronomers thought that most of these active nuclei were turned on when two galaxies merged, or when they passed close to each other and the disrupted material became fuel for the central black hole. Results of the new study indicate this idea may be wrong for many active galaxies. 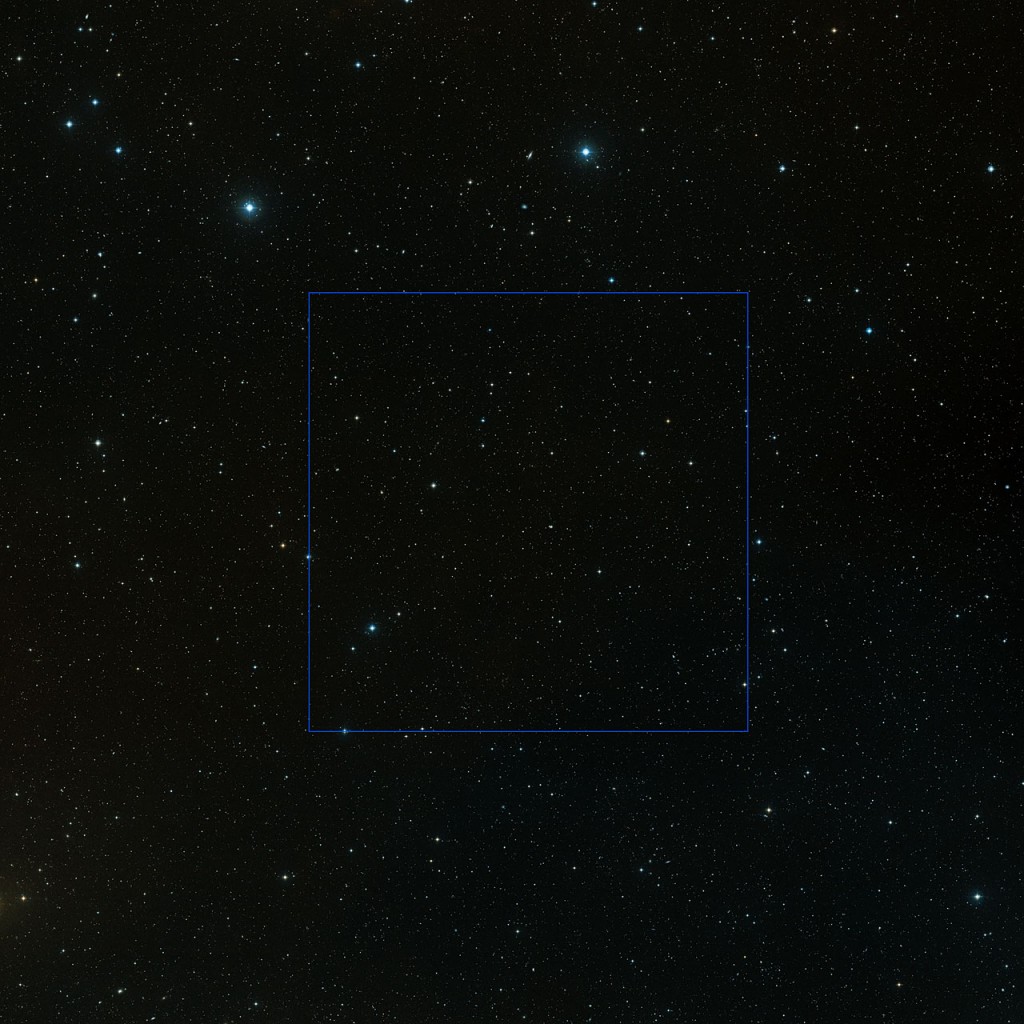 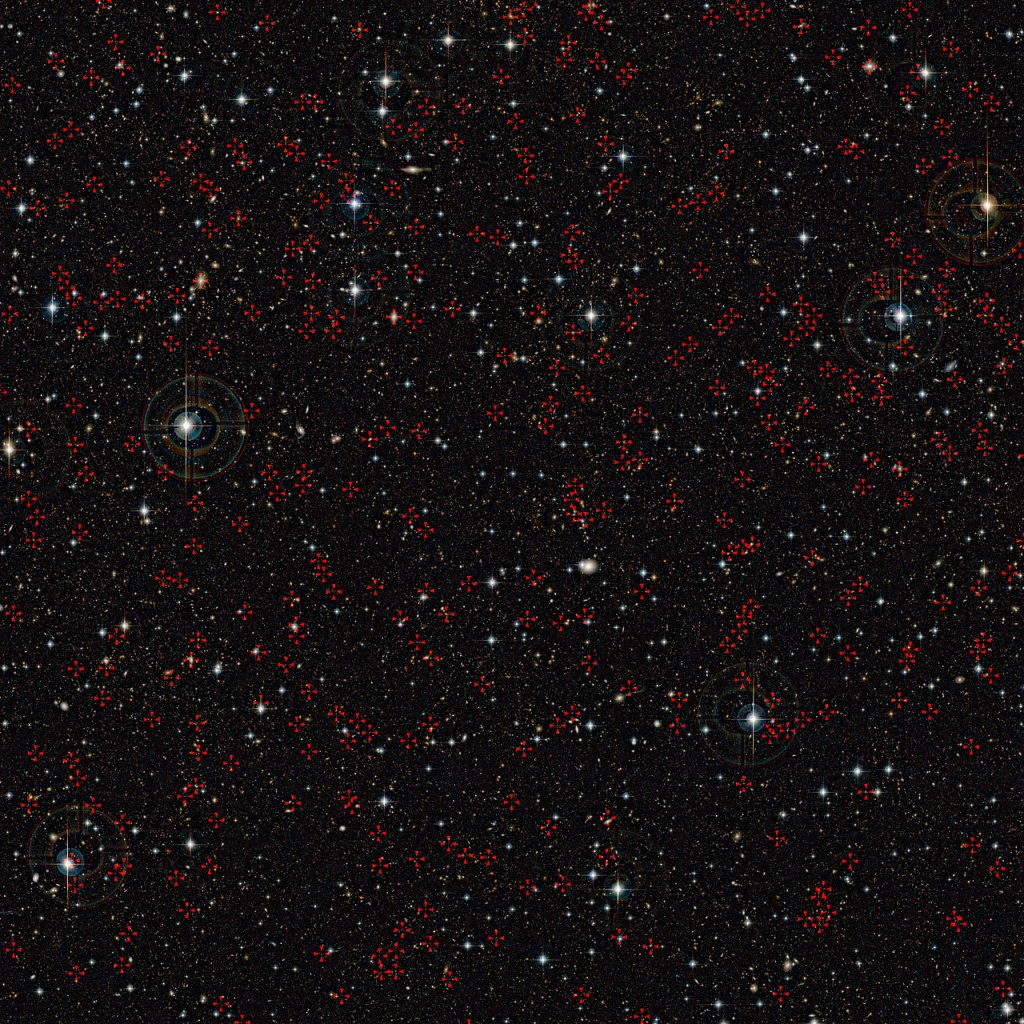 Some of the active galaxies with supermassive black holes at their centers — used in the new study — are marked with red crosses on this image of the COSMOS field. Image Credit: CFHT/IAP/Terapix/CNRS/ESO

To take a closer look at active galaxies, astronomers focused on a patch of sky called the COSMOS field — an area about ten times that of the full moon, in the constellation of Sextans (The Sextant). Astronomers have used a multitude of telescopes to map it at different wavelengths so that a series of studies and investigations could benefit from this wealth of data.

The presence of active galactic nuclei is revealed by X-rays emitted from around the black hole. Marcella Brusa, one of the authors of the study, said:

It took more than five years, but we were able to provide one of the largest and most complete inventories of active galaxies in the X-ray sky.

Work published last year from the NASA/ESA Hubble Space Telescope had shown there was no strong link between active nuclei in galaxies and mergers in a sample of relatively close galaxies. That study looked back about eight billion years into the past, but the new work pushes this conclusion three billion years further to a time when galaxies were packed even closer together.

These new results give us a new insight into how supermassive black holes start their meals. They indicate that black holes are usually fed by processes within the galaxy itself, such as disc instabilities and starbursts, as opposed to galaxy collisions.

Even in the distant past, up to almost 11 billion years ago, galaxy collisions can only account for a small percentage of the moderately bright active galaxies. At that time galaxies were closer together so mergers were expected to be more frequent than in the more recent past, so the new results are all the more surprising. 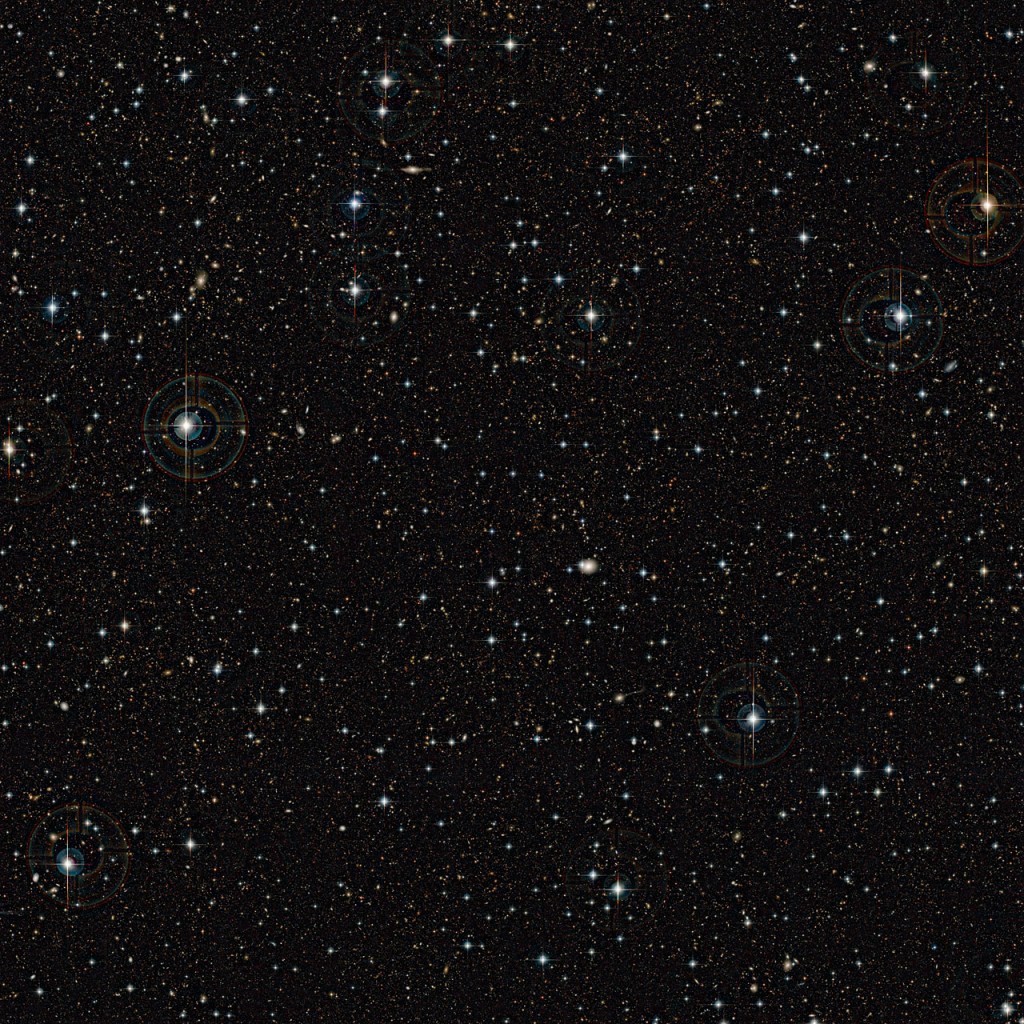 Huge numbers of very faint galaxies are visible in this deep image of the COSMOS field. Image Credit: CFHT/IAP/Terapix/CNRS/ESO

Bottom line: Even in the early universe, when galaxies were packed close together, collisions were probably not responsible for turning on supermassive black holes and thereby creating active galactic nuclei, according to a study by European Southern Observatory astronomers who looked closely at more than 600 active galaxies in a patch of sky called the COSMOS field. Results of their study appear in a July 2011 issue of The Astrophysical Journal.

How do black holes form?

Hubble image shows firestorm of star birth in Centaurus A