What are gravitational waves?

First postulated by Albert Einstein in 1916 but not observed directly until September 2015, gravitational waves are ripples in spacetime. 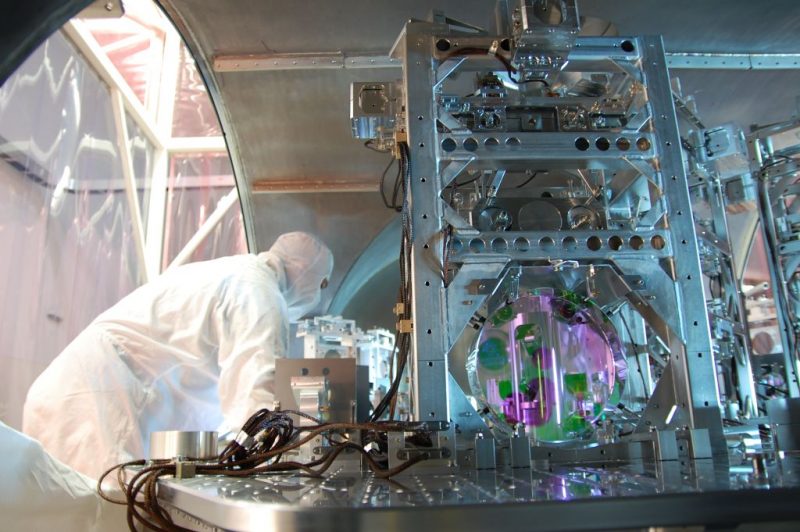 Researchers at the Laser Interferometer Gravitational-Wave Observatory (LIGO) made the first-ever detection of gravitational waves on September 14, 2015. Here, a technician works on some of the optics for a LIGO detector. Image via LIGO.

Because gravitational waves are extremely weak as observed from our earthly vantage point, the technology to detect them has become available only in recent years. Like all waves, gravitational waves diminish in size with distance, shrinking to faint echoes of those distant “shipwrecks” – those distant violent events in the cosmos – by the time they reach us. From our location, many light-years from a black hole merger or a neutron star collision, the waves compress and stretch space, and everything in it, by a thousandth of the diameter of a proton as they pass through the Earth. That’s a billionth of a billionth of a meter. We require very advanced technology indeed to see that change. It’s like seeing the distance between the sun and its closest neighbor among the stars – Alpha Centauri, 4.3 light years distant – change by the thickness of a human hair.

It was Albert Einstein who, in his General Theory of Relativity of 1915, first postulated the existence of gravitational waves. His suggestion that gravity travels in waves seemed logical: every type of light on the electromagnetic spectrum, from ultraviolet to visible to radio, travels in waves. Sound travels in waves. Why should gravity not be propagated in the same way? Einstein calculated that extremely violent events in the cosmos would cause space to ring like a bell. This was distinct from the idea of the static, unchanging gravitational fields that are generated by any object that has mass, like a star or a planet.

However, for decades after 1915, Einstein himself was unconvinced of the existence of gravitational waves.  In 1936, he and colleague Nathan Rosen published a paper entitled Do Gravitational Waves Exist? which, initially, was rejected by one journal because of a mathematical error.

It was the error that had caused the authors to conclude that gravitational waves don’t exist. When Einstein had corrected the error, the paper’s conclusion became exactly the opposite! Although the evidence now pointed to their existence, Einstein remained unconvinced, and believed that even if gravitational waves did exist, they would be so very weak that humans could never develop the technology to detect them. 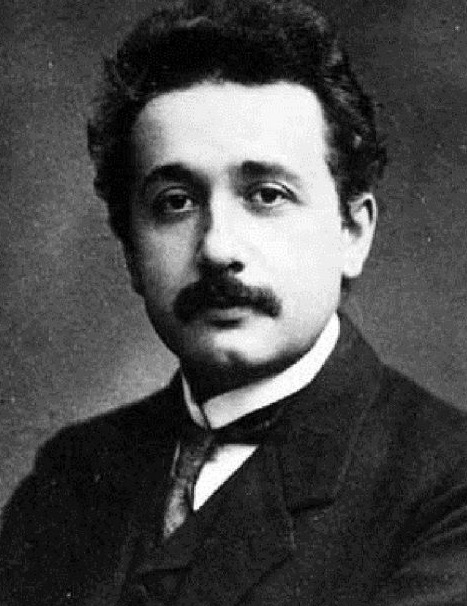 Albert Einstein in 1912. His general theory of relavity is fundamental to modern cosmology. It was Albert Einstein who, in his General Theory of Relativity of 1915, first postulated the existence of gravitational waves.

It should be noted that Einstein was not the only theorist who worked on gravitational waves. Important contributions were made by other famous scientists, among them Robert Oppenheimer, Roger Penrose, Karl Schwarzschild, Arthur Eddington, Kip Thorne and Richard Feynman. But it was Feynman who, in January 1957, finally convinced the doubters that not only do gravitational waves do exist, but they can carry energy as well, explaining this by using something he called his Sticky Bead argument.

Yet it would be another 50 years before the first gravitational waves were detected. Developing the concepts and the technology to do so took decades of hard work by many scientists. Finally, LIGO, the Laser Interferometry Gravitational-wave Observatory situated at two sites in the United States, started observing in 2002. It took several upgrades to LIGO, between 2002 and 2015, to give it the sensitivity to make its historic first detection.

The first detection, of two black holes merging some 1.3 billion light years distant, came in September 2015 and was announced to the world in February 2016 after months of work verifying that the signal, which had lasted a mere tenth of a second in perfect agreement with Einstein’s predictions, was real. Incredibly, LIGO had not yet begun its official observing run when the detection came: after its latest in a series of upgrades to improve its range and sensitivity, LIGO had been turned on for engineering tests. The black hole merger was detected almost immediately the detector was operational.

LIGO was joined in 2018 by the European Virgo detector in Italy, which has greatly improved the ability of scientists to pinpoint the location on the sky where the gravitational waves originated. Since then, LIGO/Virgo have detected some 50 black hole mergers, but also eight neutron star collisions and six neutron star-black hole collisions. Some of these may end up being to due to so-called “terrestrial interference”: vibrations from passing traffic and even distant ocean waves can cause false positives.

On January 14, 2020, LIGO also detected an event of completely unknown origin, which does not fit any models or predictions, perhaps, excitingly, pointing to the existence of a hitherto-unknown cosmic phenomenon.

All of the gravitational wave events detected so far agree perfectly with Einstein’s predictions and with computer simulations derived from his calculations. Einstein would surely have been amazed that he was wrong, that human intellect and ingenuity has indeed triumphed and created the technology he thought impossible. He would also probably have regretted doubting his own work in predicting the existence of gravitational waves. But he would also, surely, have been happy that the detection of gravitational waves is also a confirmation of his theory of Relativity. There are now few places left to run for those who doubt Einstein’s greatest triumph.

Gravitational-wave astronomy is a completely new science and one which promises to unlock many of the universe’s mysteries. It’s no exaggeration to say that a revolution in our view of the universe is underway. In the future, it might even be possible to detect gravitational waves from the Big Bang itself, to hear the sound of Creation ringing out across billions of years.

If you would like to keep up to date with the latest gravitational wave events, the University of Birmingham in the U.K. has created this page, which is a database of LIGO and Virgo detections during their current observing run. The database is also available as a free app for Android/Apple phones, downloadable from their respective stores. 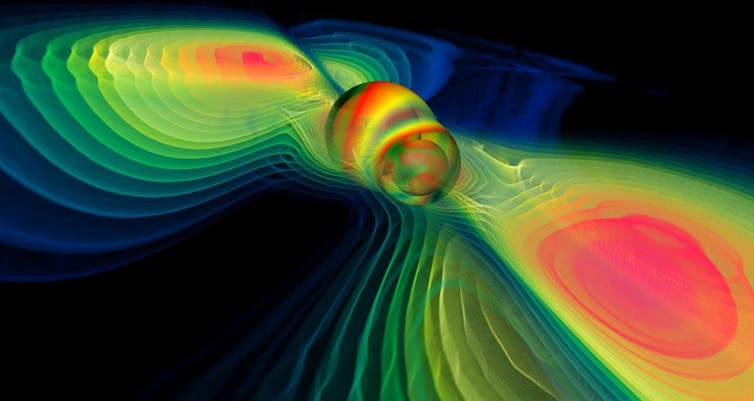 Bottom line: First postulated by Albert Einstein in 1916 but not observed directly until September 2015, gravitational waves are ripples in spacetime.

Read more and watch a video explainer: What are gravitational waves?