The International Space Station underwent an unscheduled reboost in orbit yesterday, to avoid a collision with an unknown piece of space junk. The 3-man crew was ordered to shelter, but is safe. 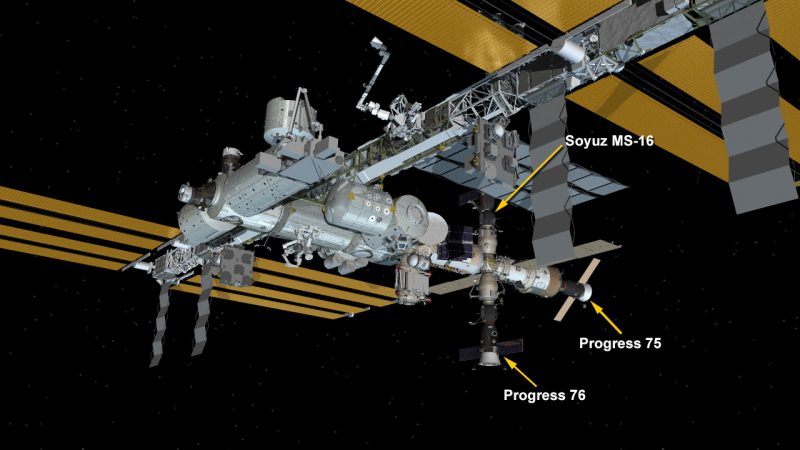 View larger. | Here is the International Space Station (ISS) on August 18, 2020, with 3 spaceships docked including Russia’s Progress 75 and 76 resupply ships and Soyuz MS-16 crew ship. Tuesday’s reboost of ISS was accomplished by firing the thrusters on one of the resupply ships, as the crew sheltered near the Soyuz MS-16. Image via NASA.

While its three-man crew sheltered near an escape vehicle, NASA and Russian flight controllers worked in tandem yesterday to reboost the International Space Station to a higher orbit, to avoid what NASA called a “possible conjunction” with an unknown piece of space debris. The reboost was conducted by firing thrusters on a Russian Progress cargo spacecraft currently docked with ISS. The thrusters fired for 150 seconds. The maneuver – which came at 5:19 p.m. EDT (21:19 UTC) on Tuesday, September 22, 2020 – was successful. The crew consists of NASA’s Chris Cassidy and cosmonauts Anatoli Ivanishin and Ivan Vagner. All three are safe. NASA said:

Because of the late notification of the possible conjunction, the three Expedition 63 crew members were directed to move to the Russian segment of the station to be closer to their Soyuz MS-16 spacecraft as part of the safe haven procedure out of an abundance of caution.

At no time was the crew in any danger.

The estimated closest approach of ISS with the unknown chunk of debris was 6:21 p.m. EDT (22:21 UTC; translate UTC to your time zone) on September 22.

NASA said the maneuver raised the station’s orbit out of the predicted path of the debris, which was estimated to come within 0.86 miles (1.39 km). That is too close for comfort, especially when you consider that these objects in space are moving at about 17,500 mph (28,000 kph), or more than 10 times faster than a speeding bullet.

Once the avoidance maneuver was completed, the crew reopened hatches between the U.S. and Russian segments and resumed their regular activities, NASA said.

Such drastic maneuvers are standard protocol if there’s a greater than 1-in-10,000 chance of collision, according to an article about the maneuver in yesterday’s Business Insider. This article also said that ISS has executed at least 29 avoidance maneuvers since 1999.

The Space_Station has maneuvered three times in 2020 to avoid debris. In the last two weeks, there have been three high-concern potential conjunctions. Debris is getting worse!

This year, the U.S. Department of Commerce’s Office of Space Commerce has asked for an additional $15 million for its budget for the coming year, in order to increase efforts to monitor and remove space debris from orbit. Those funds have not yet been approved by the U.S. Congress.

The station is preparing to avoid a piece of unknown space debris being tracked by @NASA_Johnson flight controllers and @US_SpaceCom. The Exp 63 crew has relocated to its Soyuz crew ship. The time of closest approach is 6:21 pm ET. More… https://t.co/vGPOoaEptb pic.twitter.com/uMRctPukN2

Maneuver Burn complete. The astronauts are coming out of safe haven. 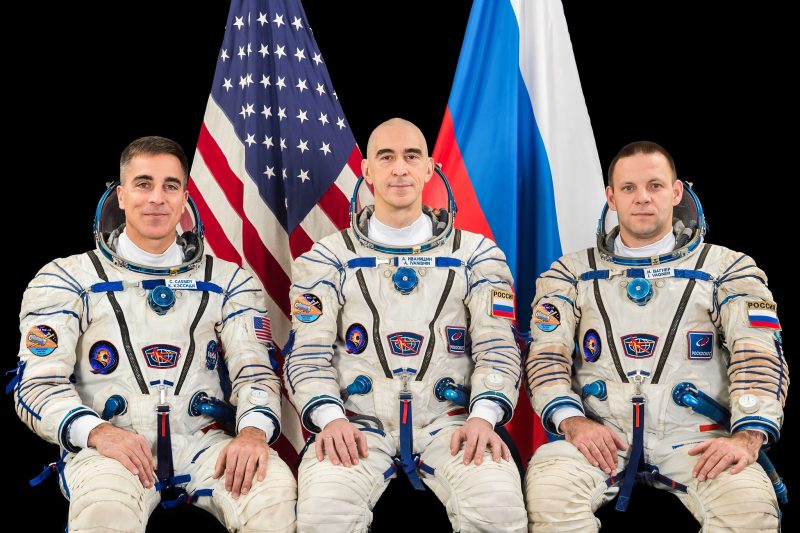 Bottom line: The International Space Station underwent an unscheduled reboost in orbit on September 22, 2020, to avoid a collision with an unknown piece of space junk. The 3-man crew was ordered to shelter, but is safe. ISS has maneuvered three times in 2020 to avoid space debris.