Are the aliens extinct? 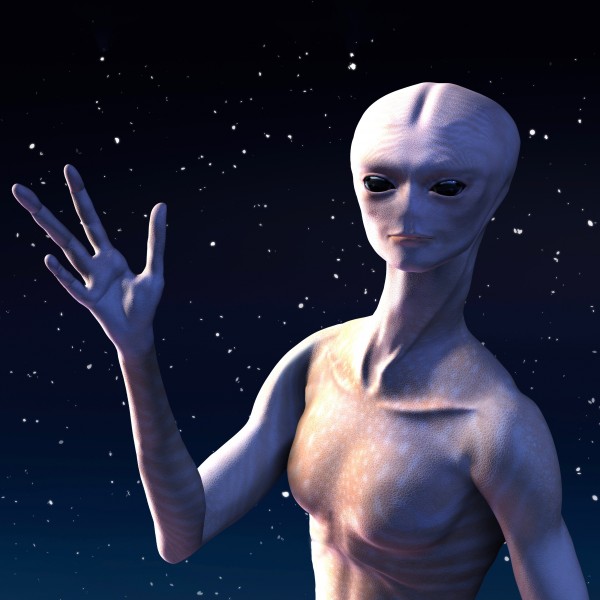 If Australian astrobiologists are correct about the ‘Gaian Bottleneck’ model, then most advanced alien species never come to be. In that case … so long, aliens. Artist’s concept via Shutterstock

Astrobiologists from the Australian National University (ANU) announced this week (January 21, 2016) that – if life did indeed arise on other planets in our galaxy – it would likely have become extinct very quickly. The extinctions would be due to runaway heating or cooling on the fledgling planets. The researchers believe this is why we haven’t yet gotten definitive proof that advanced alien civilizations reside on other planets in our galaxy. It’s because, they say, it’s rare for life on other worlds to advance. They call their model – which calls for near-universal early extinction – the Gaian Bottleneck.

Aditya Chopra and Charley Lineweaver are authors of the paper, which is published in the journal Astrobiology. Chopra said in a statement from ANU:

The universe is probably filled with habitable planets, so many scientists think it should be teeming with aliens.

Early life is fragile, so we believe it rarely evolves quickly enough to survive.

If their model is correct, why was Earth different? It’s not clear, but Chopra’s team did say that living creatures are an integral part of the process of making a habitable world. Chopra explained:

Most early planetary environments are unstable. To produce a habitable planet, life forms need to regulate greenhouse gases such as water and carbon dioxide to keep surface temperatures stable.

Most astrobiologists would agree with that statement, and not all agree it necessarily means advanced life forms are uncommon. Seth Shostak, senior astronomer at the SETI Institute in Mountain View, California, told The Huffington Post:

Early Armageddon, as proposed here, may occur on some planets some of the time.

However, while change may thin the cosmic herd, I can hardly imagine it inevitably wipes the herd out.

Consider that in 65 million years, mammals went from being small rodents to becoming us. In other words, even if the neighborhood deteriorates, life has time enough to adapt.

Still, Chopra and Lineweaver believe most habitable world’s would go the way of Venus or Mars, which – though possibly habitable billions of years ago, in the early days of the solar system – are not habitable now by creatures like human beings. Venus underwent a runaway greenhouse effect, so that its surface temperatures are today hot enough to melt lead. Mars is closer to being earthlike, but it is extremely cold and has such a thin atmosphere that earthlings can’t stand on its surface without spacesuits.

Since we don’t know who’s right – Chopra and Lineweaver, or those who believe as Seth Shostak does – what good is this research?

A possible outcome might be a leap forward in our concept of habitable zones and habitable worlds. Maybe thinking in terms of life arising and creating feedbacks, racing the clocks to help stabilize an atmosphere, will deepen our understanding of those ideas and ultimately help us pinpoint planets where advanced life forms might exist.

Meanwhile, Chopra and Lineweaver used the Gaian Bottleneck model to make a prediction about what our descendants might find, as they someday begin to explore other worlds in the galaxy. Lineweaver said:

One intriguing prediction of the Gaian Bottleneck model is that the vast majority of fossils in the universe will be from extinct microbial life, not from multicellular species such as dinosaurs or humanoids that take billions of years to evolve.

Time will tell if that is true, but in the meantime … it seems sad. Do you agree? Tell us in the comments below. 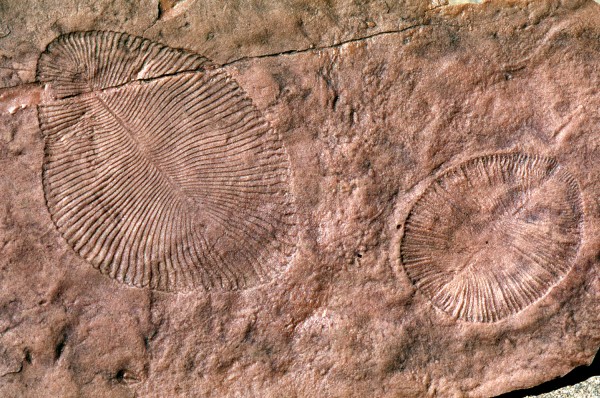 Will we find signs of advanced lifeforms on worlds orbiting distant suns, or only of microbial life? This image shows fossils of lifeforms long thought to be ancestors of early marine life, but now believed by some to be remnants of land-dwelling lichen or other microbial colonies. Image via University of Oregon.

Bottom line: Astrobiologists from the Australian National University said on January 21, 2016, that we’re not yet in contact with alien civilizations because those civilizations aren’t common, after all, despite the preponderance of habitable planets in the galaxy. They say the likelihood of the origin of life or intelligence is less important than how fast biological regulation of feedback cycles on planetary surfaces emerges.