At the Extreme Solar Systems conference this week in Jackson Hole, Wyoming, 350 experts on world orbiting distant suns are talking about their discoveries.

At a conference on Extreme Solar Systems taking place this week (September 11-17, 2011) in Jackson Hole, Wyoming, 350 experts are talking about the new frontier of worlds orbiting distant suns. Among other announcements – a haul of more than 50 new exoplanets, including 16 super-Earths, one of which orbits at the edge of the habitable zone of its star. The HARPS spectrograph on the 3.6-meter telescope at ESO’s La Silla Observatory in Chile discovered these 50 new worlds.

This is the largest number of exoplanets ever announced at one time, according to these astronomers. 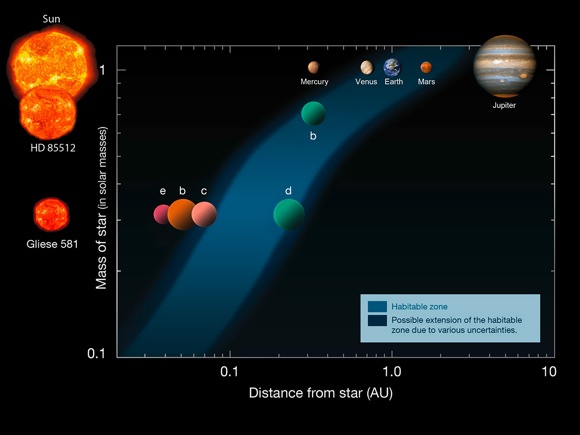 The harvest of discoveries from HARPS has exceeded all expectations and includes an exceptionally rich population of super-Earths and Neptune-type planets hosted by stars very similar to our sun. And even better – the new results show that the pace of discovery is accelerating.

In the eight years since it started surveying stars like the sun, HARPS has been used to discover more than 150 new planets.

Working with HARPS observations of 376 sun-like stars, astronomers have now also much improved the estimate of how likely it is that a star like the sun is host to low-mass planets (as opposed to gaseous giants). They say that about 40 percent of such stars have at least one planet less massive than Saturn. The majority of exoplanets of Neptune mass or less appear to be in systems with multiple planets.

HARPS is also searching for rocky planets that could support life. Ten nearby stars similar to the sun were selected for a new survey. These stars had already been observed by HARPS and are known to be suitable for extremely precise radial velocity measurements. After two years of work, the team of astronomers has discovered five new planets with masses less than five times that of Earth.

Francesco Pepe of Geneva Observatory in Switzerland, lead author of one of the recent papers from HARPS, said:

These planets will be among the best targets for future space telescopes to look for signs of life in the planet’s atmosphere by looking for chemical signatures such as evidence of oxygen. 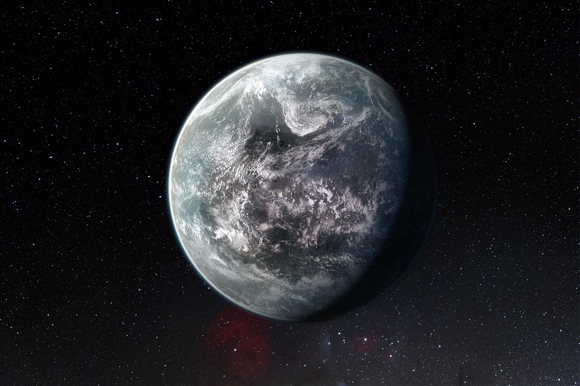 One of the recently announced newly discovered planets, HD 85512 b, is estimated to be only 3.6 times the mass of the Earth and is located at the edge of the habitable zone – a narrow zone around a star in which water may be present in liquid form if conditions are right.

These results make astronomers confident that they are close to discovering other small, rocky, habitable planets around stars similar to our sun. Mayor said:

In the coming 10 to 20 years, we should have the first list of potentially habitable planets in the sun’s neighborhood.

Bottom line: Astronomers meeting in Wyoming at the Extreme Solar Systems conference this week (September 11-17, 2011) announced a haul of more than 50 new exoplanets, including 16 super-Earths, one of which orbits at the edge of the habitable zone of its star. Scientists made these discoveries with the HARPS spectrograph on the 3.6-meter telescope at ESO’s La Silla Observatory in Chile.

Read more about this discovery from ESO