Top ways to search the Internet for time travelers

Key strategy involves Internet searches for a mention of something before it actually happened. 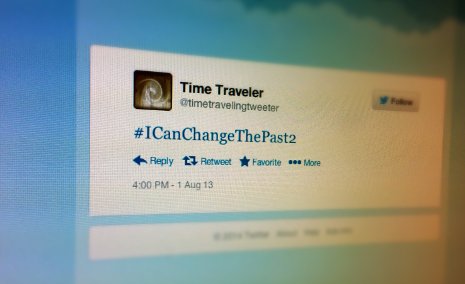 Physics professor Robert Nemiroff never really expected to see a tweet like this, but he and his students had fun looking for evidence of time travel on the Internet. No grant funds used in this research! Image via Quentin Franke.

In the summer of 2013, astrophysicist Robert Nemiroff and his students were playing cards and chatting about Facebook when they wondered: If there were time travelers among us, would they be on social media? How would you find them? Could you Google them? They decided that – if they could find a mention of something or someone on the Internet before people should have known about it – that could indicate that whoever wrote it had traveled from the future. Then they …

Began looking for references to them before they were known to exist.

Searched for prescient inquiries submitted to search engines and combed through the Astronomy Picture of the Day site, which Nemiroff co-edits.

Created a post in September 2013 asking readers to email or tweet one of two messages on or before August 2013: “#ICanChangeThePast2” or “#ICannotChangeThePast2.”

Their invitation went unanswered. Their search turned up nothing.

But it sounds like they had a lot of fun.

The team conducted their study on their own, without grant funding. They are reporting on their results this week at the 223rd meeting of the American Astronomical Society in Washington D.C.

Read more about this research from Michigan Tech News 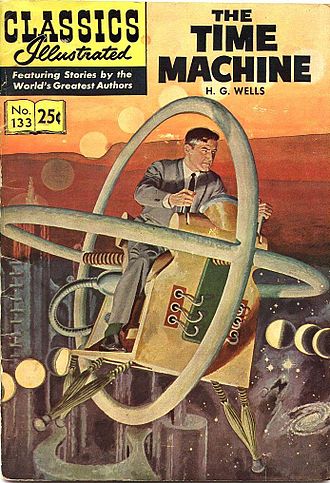 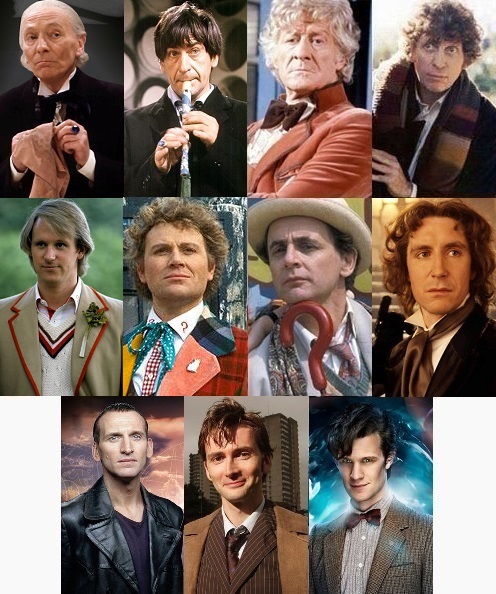 They should have just asked these guys. In chronological order, the various actors who played TV’s most famous time traveler, Dr. Who. Image via Wikipedia.

Images of a supernova’s dust factory