India’s example: How to survive a worst-case cyclone

It was a worst-case scenario. Back in 1999, Cyclone Odisha struck India’s east coast and killed over 10,000 people. A repeat performance was developing last Saturday (October 12, 2013), as Cyclone Phailin, a Category 5 cyclone, plowed towards India’s east coast. However, the country was much better prepared for Cyclone Phailin, and, based on the latest reports, it appears that Phailin’s death toll is in the dozens so far, not thousands, since the storm made landfall early Saturday evening. It will take several weeks before we know how many people were injured or lost their lives, but the immediate reports show India much better prepared for a deadly cyclone today than in 1999. Now, for India, more challenges lie ahead as its east coast faces the aftermath of the storm.

Why was the death toll so much lower for Cyclone Phailin than some feared it would be? In the couple of days before the cyclone (also known as a hurricane or typhoon) pushed ashore, India was able to evacuate nearly a million people from the coast in order to save lives. The evacuation effort to save lives clearly worked, in part thanks to advancements in science, technology, and communication.

Nature also cooperated this time. The storm weakened as it approached land. Cyclone Phailin likely made landfall as a Category 3-4 storm with winds around 120-140 miles per hour. The eye began to shrink and fill in as the western half of the storm was over land. 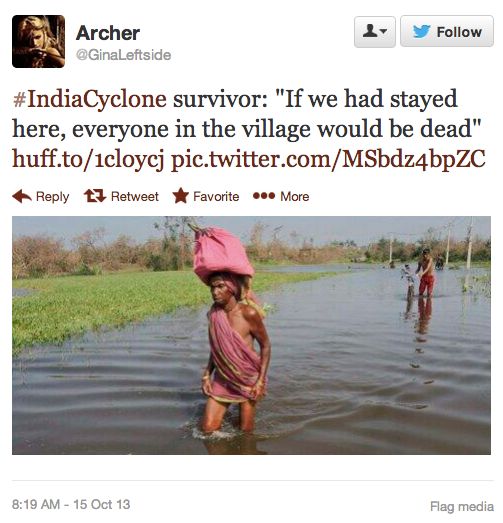 Prior to landfall, Phailin was producing sustained winds over 160 mph with gusts near 200 mph. Trees and power lines were knocked down by the strong winds, resulting in widespread power outages that will likely take over a week to fully restore. Roads and low lying areas were flooded, and many crops were likely ruined. Reaching out to the devastated areas could be the biggest problem for parts of the cyclone ravaged areas. Many villages and communities are running out of clean water and food and need aide as soon as possible.

Thus, in the aftermath of Cyclone Phailin, problems may continue to develop across eastern India in the weeks ahead. Economic and biological issues – directly linked to the cyclone and evacuation – could worsen over time. 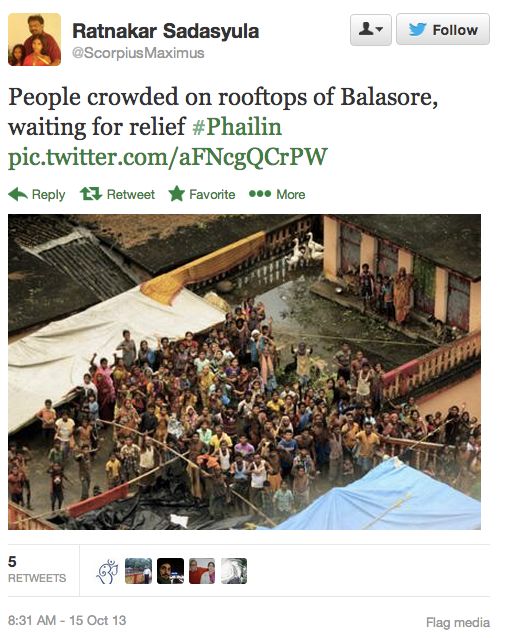 Now, we have to watch for possible diseases that could spread such as diarrheal illnesses, cholera, leptospirosis, and vector-borne diseases, according to meteorologist Mike Smith.

With clean up efforts likely taking longer than usual, the need for water and food could be an issue. It will be a true fight for India to see how much they help their people when the times are tough.

Bottom line: Cyclone Phailin produced widespread structural damages, knocked out power, brought down trees and produced flooding in many areas along India’s east coast. Thanks to preparations ahead of the storm, India was able to evacuate nearly a million people and prevent a huge death toll like the one in 1999 when Cyclone Odisha killed over 10,000 people. For now, clean up efforts could be slow, and the main concern is providing communities with clean water and food while avoiding the spread of illnesses.

Thank you! Your submission has been received!
Oops! Something went wrong while submitting the form.
END_OF_DOCUMENT_TOKEN_TO_BE_REPLACED