Will you see the Humanity Star?

The debate surrounding the Humanity Star. Is it possible to see? Can you see it from your location? How to try to see it, if it’s visible, here. 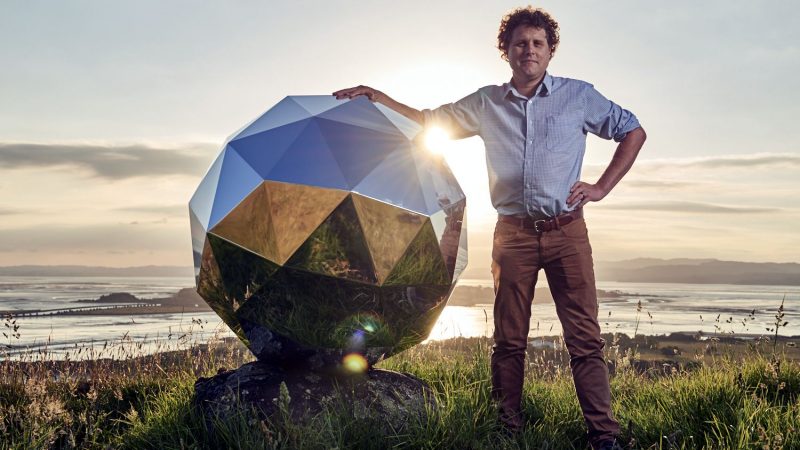 Even though professional astronomers are mad about it, I love the name Humanity Star, and I’m fine with the idea behind its launch. That’ll remain true even if I never see it. This satellite – a 3-foot (one-meter) geodesic sphere, made up of 65 highly reflective carbon fiber panels – got a lot of media attention around the time of its January 21, 2018, launch, and it’s still getting media attention as late February and March approach, supposedly the best time to begin seeing it. I saw several new articles about it today, telling people how to watch it pass over their locations. It’s no wonder because the Humanity Star was billed as being:

We all imagined it spinning up there in orbit, and brightly flashing reflected sunlight back to its earthly viewers.

But, like so many things, Humanity Star doesn’t seem to have lived up to its hype. Will you see it? Well … I’m not sure anyone can answer that question for you, yet.

You can definitely track Humanity Star for your location via the Humanity Star website, or via the tried and true website Heavens-Above.com. Both offer predictions related to its track across the sky, from whatever location you specify.

The question is, how bright will it be? Humanity Star was the brainchild of the U.S.-based aerospace company Rocket Lab. Around the time of the January 21 launch, Rocket Lab said that Humanity Star would be:

… the brightest object in the night sky.

Professional astronomers initially reacted to that claim with anger and unhappiness, by the way. If you want to read the early negative response from astronomers, check out this page on Mashable, in which journalist Miriam Kramer collected criticisms from astronomers who tweet.

These astronomers were worried the Humanity Star would be so bright it would interfere with their observations.

Of course, the sky doesn’t belong to professional astronomers. It belongs to all of us. And Humanity Star’s makers responded to these astronomers that the satellite wouldn’t be around for long; it’s destined to re-enter the atmosphere and vaporize less than a year after launch. Plus, Rocket Lab said, Humanity Star would be like:

In other words, from any given location, on any given night, it would glide across the sky quickly, as the International Space Station and all Earth-orbiting satellites do. They look like quickly moving “stars.”

The Humanity Star will only be on orbit for around nine months, so you'll need to be quick to catch a glimpse. Track its location on @TheHumanityStar website. https://t.co/CZ6Yos62R2

Now let’s consider Rocket Lab’s claim that Humanity Star will be the brightest star in the sky. Bob King – aka AstroBob – did his homework and brought some actual numbers to this debate when he wrote at Skyandtelescope.com:

… based on information from the popular satellite site Heavens-Above.com, we all might do well to step back and take a breath. The Humanity Star won’t be visible from most Northern Hemisphere locations until early March. Even then, as I run the predictions, there won’t be a single pass brighter than magnitude 4.6. Most were in the mid-sixes and sevens. Despite the great expectations, the disco ball might only be seen by dedicated satellite watchers, not the average global citizen like my neighbor Frank.

… its brightness is estimated to be about magnitude 7.0 under reasonable viewing conditions.

Magnitude 4.6 means it would be visible to the unaided eye, but just barely. It surely doesn’t indicate a bright object. If that’s the Humanity Star’s brightness, you’ll need a dark, country sky to see it. Meanwhile, magnitude 7 is below visibility to the unaided eye. If that’s how bright Humanity Star is, you’ll need binoculars, at least, to track it … no easy feat for a moving object.

Apparent magnitude scale. The higher the number, the fainter the object. Negative numbers indicate the brightest objects, like Venus, the moon or the sun. Read more.

And how about the philosophical considerations? Why did Rocket Lab launch Humanity Star? The stated reason, from Rocket Lab CEO Peter Beck, was that:

No matter where you are in the world, or what is happening in your life, everyone will be able to see the Humanity Star in the night sky. For us to thrive and survive, we need to make big decisions in the context of humanity as a whole, not in the context of individuals, organizations or even nations. We must come together as a species to solve the really big issues like climate change and resource shortages.

Raising awareness of one Earth one sky, in other words. I like – in fact, I love – that concept.

Humanity Star is very similar to the Russian satellite called Mayak, which means beacon in English, launched last July 14. A team of young Russians – led by Moscow State Mechanical Engineering University – managed to raise more than $30,000 on the Russian crowdfunding website Boomstarter, in order to launch Mayak. Much like Humanity Star, Mayak was supposed to be very bright, but, in fact, few people, if anyone, saw it.

What do you think? Earth-orbit is already crowded with objects. Should satellites like Humanity Star and Mayak – launched by private concerns, for non-scientific purposes – be allowed? Let us know your thoughts in the comments below.

And remember to check the Humanity Star website, or Heavens-Above.com, to find out when Humanity Star will cross over your location. We can’t predict how bright it will be, but, if it’s visible, you might catch it.

Bottom line: Humanity Star has made some people mad. But it’s still getting lots of media attention. How to see it, if it’s visible, here.