In Chinese thought, summer has been associated with the color red, the sound of laughing, the heart organ, the fire element and a red phoenix bird. 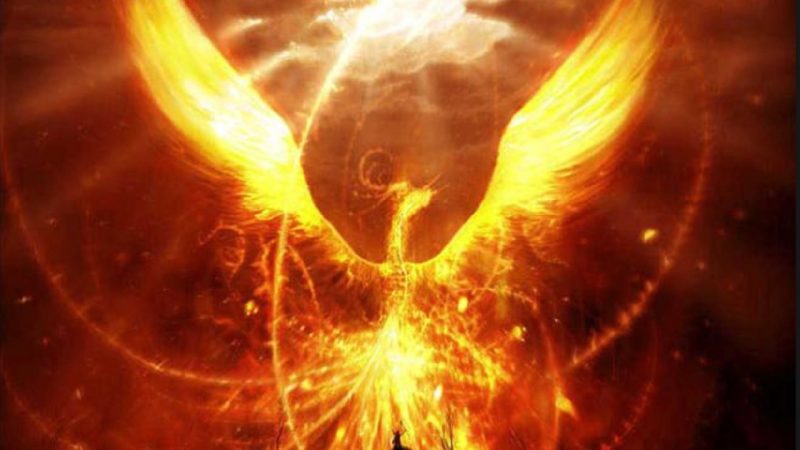 The Chinese were (and perhaps still are) great students of nature.

There is a deep understanding in Chinese tradition of nature’s predictable cycle. The understanding of nature’s cycle could be applied to many things: not just the seasons or the growth of plants, but also, for example, relationships, one’s work, the development of a child, emotions, the progress of a disease, a life in its totality.

For the western mind, the passage of the seasons is a good illustration of the orderliness of this natural cycle. As we all know, things sprout and begin to grow (spring). They reach their fullness (summer). They begin to dry and wither (autumn). They rest (winter). The Chinese also include a fifth “season” or “phase” in their thinking, sometimes described as “late summer.” In ancient Chinese thought, these five “elements” or five “phases” include an inherent understanding that the cycle continues, over and over, with each period of rest or winter followed by new growth, or spring.

The five phases of ancient Chinese philosophy were associated with specific things: directions, colors, sounds, organs in the body, fundamental elements such as water or fire, real or mythological beasts.

The summer season is associated with the direction south. It’s associated with the color red, the sound of laughing, the heart organ, the fire element, and a creature often referred to as a red phoenix. Summer is considered the most yang season. We all know that summer is the hottest, brightest and often driest season. That’s in contrast to winter – the most yin season – which is the coldest, darkest and often wettest time of year. 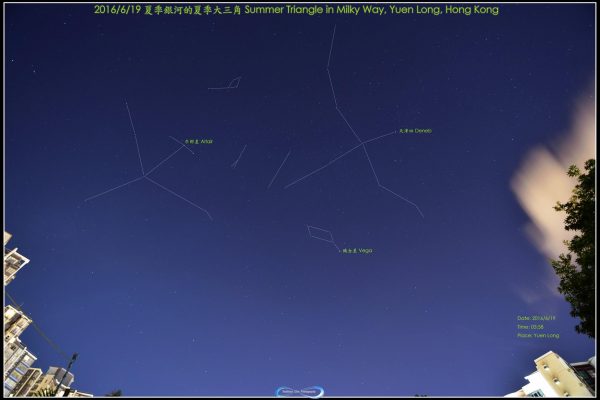 View larger. | Just for fun, the Summer Triangle captured from Hong Kong on June 19, 2016 by our friend Matthew Chin.

In the Chinese practice of qigong, hundreds if not thousands of different meditations, visualizations and physical exercises have been developed over the years related to the five phases of Chinese philosophy. Many of these practices have been passed down to our time. If you want to celebrate this solstice as the ancient Chinese philosophers did, you will be joining a tradition that is thousands of years old. It was part of the Chinese tradition to honor people, information and beliefs that are old, by the way. That’s in contrast to our western way of thinking, where youth most often carries the day.

The Chinese were also great believers in balance. So to celebrate the summer solstice as the Chinese philosophers did, you might …

Stand facing south, considered the direction of summer in ancient Chinese philosophy. Just stand for a few moments and honor the “southness” of summer.

Balance your fire element. Go swimming in a cold, dark pool or stream.

The ancient Chinese philosophers would agree.

In ancient Chinese thought, summer and laughing go together. Image via Sanjay B.

Bottom line: Here’s what traditional Chinese thought has to say about the season of summer.