The storm watch for Tropical Storm Alberto along the U.S. East Coast was discontinued yesterday (May 20) as 5 p.m. EDT.

Hurricane season 2012 officially begins June 1 in the Atlantic, but the first named storm swept near the U.S. East Coast this weekend. Tropical Storm Alberto formed off the coast of South Carolina on May 19. NASA’s Terra satellite captured its image that same day. This storm was never expected to make landfall, but it did cause a storm watch along the U.S. East Coast, which was discontinued yesterday (May 20) at 5 p.m. EDT. 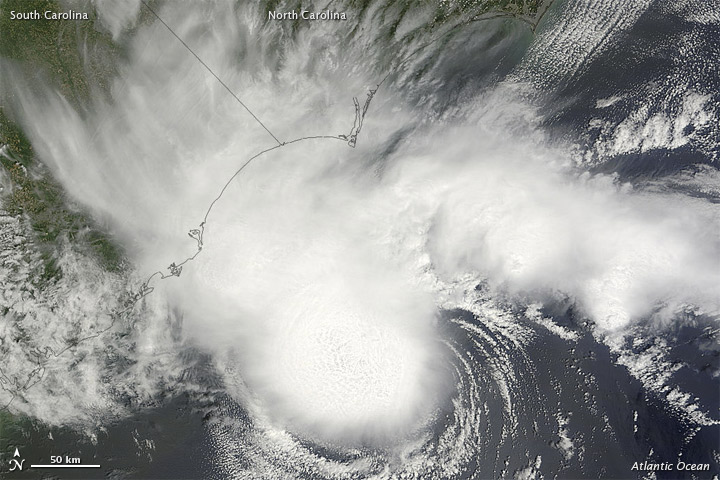 Tropical Storm Alberto as seen on May 19, 2012 by NASA’s Terra satellite. Image via NASA Earth Observatory