How tiger sharks are helping seagrass

A heatwave in 2011 killed off seagrass beds in Shark Bay, Australia. Now, scientists have discovered that tiger sharks are helping the ecosystem recover. 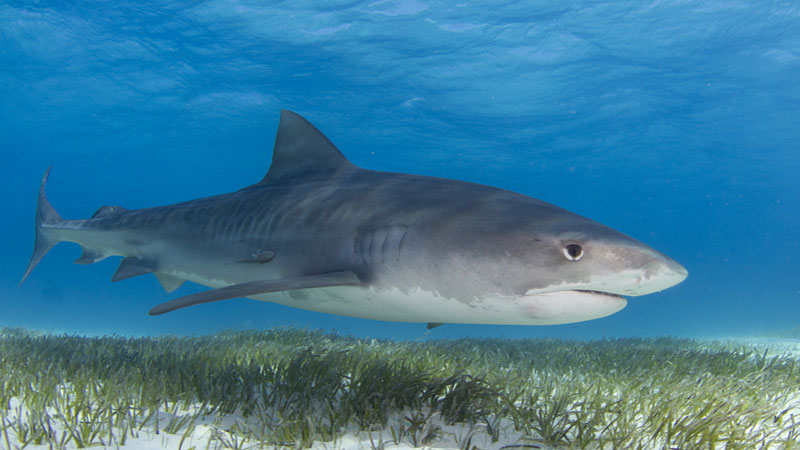 A heatwave along Australia’s western coast in 2011 killed off many of the region’s treasured seagrass beds. While recovery of the marine ecosystem has been slow, scientists have discovered that tiger sharks are aiding in the regrowth of seagrass beds by scaring off grazers such as dugongs.

Seagrass beds support high levels of biodiversity. They also store vast amounts of carbon—known as blue carbon—and help to offset greenhouse gas emissions and climate change much like tropical forests. Shark Bay, Australia, is home to some of the most extensive and pristine seagrass beds around the world. Common inhabitants of Shark Bay include tiger sharks, dugongs, and sea turtles. 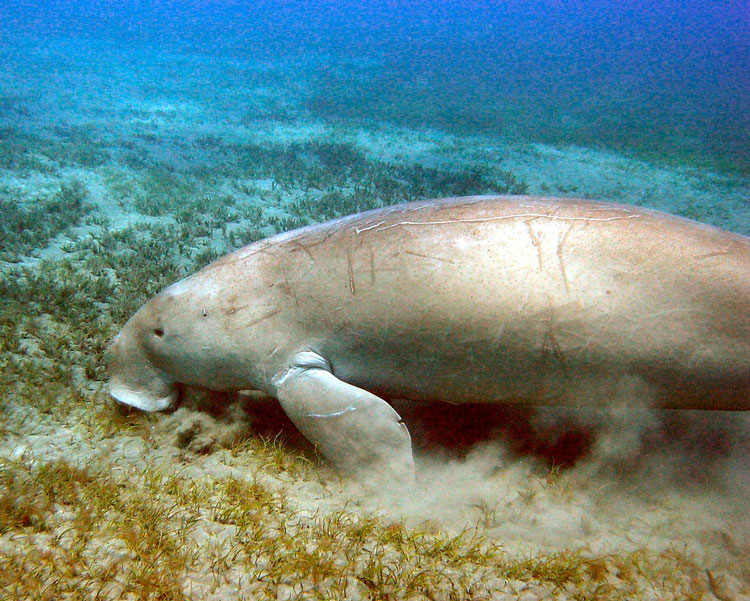 A dugong grazing on seagrass. Image via Ruth Hartnup.

In 2011, water temperatures soared to 2 to 4 degrees Celsius (3.6 to 7.2 degrees Fahrenheit) above normal along the western coast of Australia for a period of two months, and this event killed off vast amounts of seagrass in Shark Bay. Losses in seagrass cover amounted to more than 90% in many areas, according to a study published in the journal Marine Ecology Progress Series on March 13, 2017.

The dominant seagrass species, commonly known as wire weed (Amphibolis antarctica), was the hardest hit. By 2014, three years after the heatwave, the wire weed had still not recovered. However, another fast growing seagrass species (Halodule uninervis) was beginning to take root in the marine sands. As the former species is a temperate seagrass and the latter is a tropical seagrass, future shifts away from the once dominant cool-water adapted species are possible if warmer waters persist, the scientists say.

Research on the recovery of seagrass in Shark Bay is continuing thanks to funding support from the National Science Foundation. In a July 26, 2017, news release, the scientists reported that tiger sharks were having a marked influence on the recovery of seagrass beds. Specifically, they found that new seagrass growth was higher in the areas where the sharks roamed. The presence of sharks can scare off animals that graze heavily on seagrass, like dugongs, and so seagrass can grow better in areas where grazers are not as abundant.

This new research is being led by Michael Heithaus, a marine scientist at Florida International University, who commented on the preliminary results in the news release. He said:

Just the fear of sharks can be enough, in many cases, to keep a marine ecosystem healthy and able to respond to stresses.

The new research represents another fascinating example of the importance of top predators to ecosystem health. If you haven’t seen it already, check out the beautiful video below on how wolves are helping to shape Yellowstone National Park. The video was created by Sustainable Human and has been viewed over 38 million times.

These studies on wolves and sharks are helping to illustrate the profound links among diverse species in the environment. To ensure the sustainability of the environment, humans need to become more aware of such interconnectedness among species.