Here are 3 amazing feats of spiders

Halloween time is spider time. Three amazing spider skills you might not have known about. 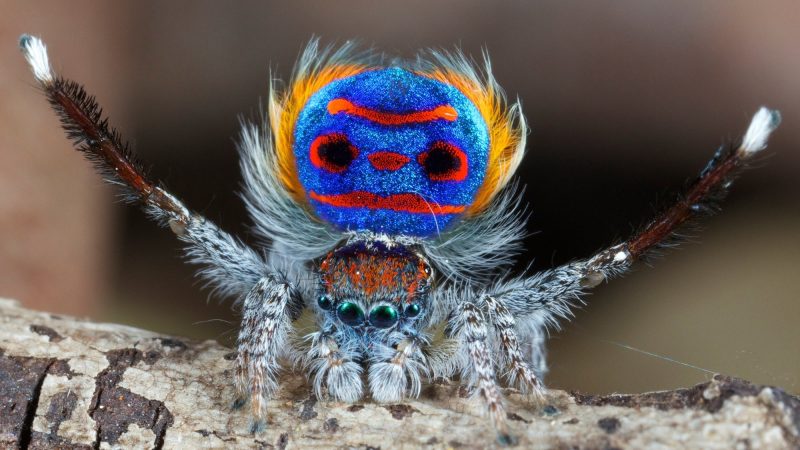 Spiders are among the most successful animals that inhabit the Earth. There are about 40,000 known species of spiders, and they live everywhere from tropical rainforests to the Arctic tundra. Most people are familiar with the basic characteristics of spiders: they have eight legs, they can shoot silk out of their abdomen and frequently use it to build elaborate webs, and they prey on insects. Lesser known are these three amazing skills that some spiders have.

1. They can live underwater. The diving bell spider, which can be found in ponds across parts of Europe and Asia, lives its entire life underwater. While these spiders do breathe air, they do so by trapping the air in bubbles that are held in place by an underwater web. These structures were named diving bell webs after the antique bell-shaped equipment that people once used to explore the oceans. The spiders live inside of the bells but dart out into the water to hunt prey. Occasionally, they will travel to the surface of the pond to gather more oxygen to replenish their bells. 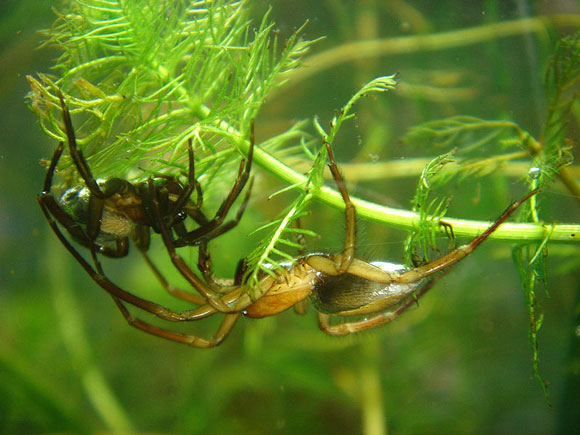 2. They can “fly” over hundreds of miles. Spiders don’t have wings, but some spiders (small ones in particular) can float over hundreds of miles by casting threads of silk into the wind. The silk gets caught up in the wind currents, and voila, the spider is now able to “fly” off to faraway places. This behavior, also known as parachuting or ballooning, helps to explain the existence of spiders on remote islands and the sudden appearance of spiders on boats out at sea. 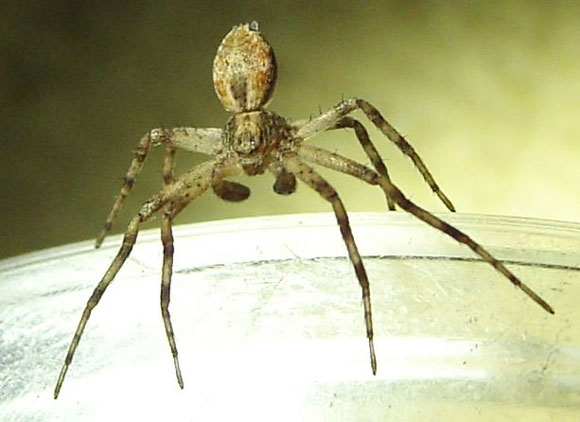 Small spider raising its abdomen to balloon away. Image via Sarefo.

3. They can dance. Jumping spiders are found on every continent except for Antarctica. They have excellent vision and actively hunt for prey as opposed to trapping prey in webs. They also engage in rather elaborate courtship dances. The video below shows a male peacock spider – a type of jumping spider that lives in Australia – getting his groove on. The leg waving and abdomen shaking are an attempt to attract the attention of a female spider.

Have a happy Halloween!