There has been a lull in tropical activity around the globe for the beginning of September, with most of the activity occurring in the Atlantic. Fortunately, none of these storms have developed to become monster storms that threatened large areas of land. For now, the main focus is across the western North Pacific Ocean where a super typhoon has its eyes set for parts of South Korea and the Japanese island of Okinawa. The good news about Super Typhoon Sanba is that it will likely gradually weaken as it pushes to the north. However, the storm will likely pack a punch across South Korea. 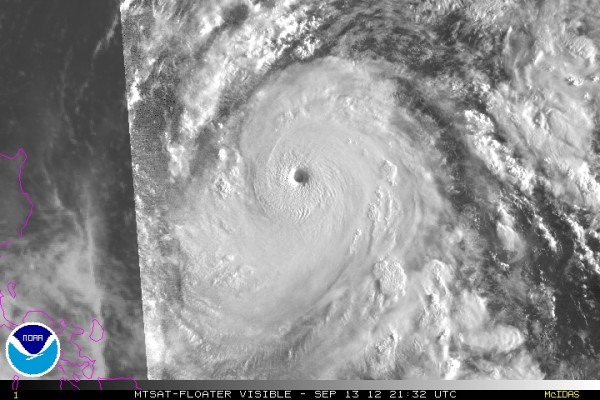 Sanba, which was the 17th tropical depression to form in the western North Pacific Ocean developed on September 11, 2012. Within two days, Sanba hit ideal conditions to strengthen into a Category 5 hurricane, which we call a “Super Typhoon” in the western Pacific. “Super-typhoon” is a term utilized by the U.S. Joint Typhoon Warning Center for typhoons that reach maximum sustained 1-minute surface winds around 130 knots or 150 miles per hour. If you compare this to the Saffir-Simpson scale, it would be a very strong category 4 or 5 hurricane in the Atlantic basin. Yesterday, Sanba moved over very warm waters and was able to develop maximum sustained winds of 175 mph with gusts approximately around 200 mph. Just as a reference to give you an idea how strong Sanba truly is, an EF-4 tornado has sustained winds around 168-199 mph. Fortunately, systems that gain such a large increase in strength tend to weaken and undergoes an eye wall replacement cycle. Once a new eye forms, it could intensify again (assuming conditions remain favorable). 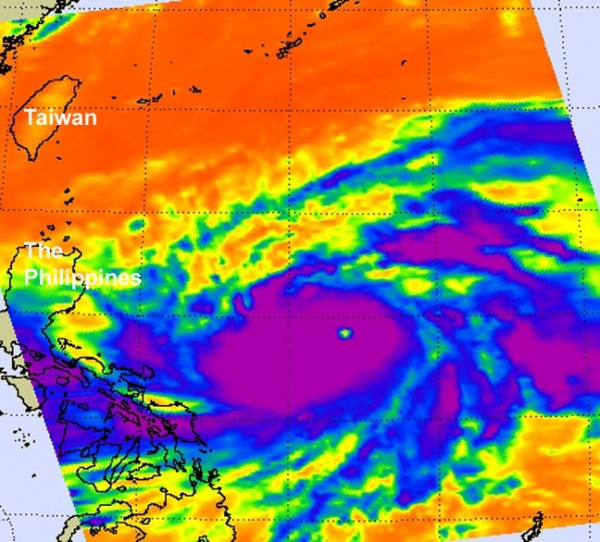 Super Typhoon Sanba is expected to continue to push to the north and will eventually move over cooler ocean waters that should help to weaken the storm. By late Saturday night and into Sunday morning, Sanba will be pushing in and around Okinawa, Japan late Saturday night local time. By Monday, September 17, 2012, Sanba will be pushing into South Korea and skirt just to the east of Seoul. By this time, Sanba could be Category 1 or 2 hurricane with winds around 90 to 100 mph. The island of Okinawa is built to withstand typhoons, but a strong typhoon can still bring damage and flooding to parts of the island and into South Korea early next week.

Bottom line: Super Typhoon Sanba, arguably the strongest storm to develop across the globe in 2012 is packing winds around 160 mph, and peaked with sustain winds of around 175 mph on Thursday, September 13, 2012. Sanba will push north into Okinawa, Japan and eventually push into South Korea as a Category 2 storm next Monday. The good news about Sanba is that the storm will likely weaken as it pushes over cooler waters. Of course, intensity forecasts are unpredictable, so residents that are possibly in Sanba’s path should be prepared. If you would like to watch and track this storm, please visit the National Hurricane Center’s page for Typhoon Sanba.