A recent study highlights how seamounts and knolls are ecologically and commercially important areas in need of additional research and protection.

However, the numbers and locations of these remarkable geological formations are not well known. In April 2011, a team of scientists from the United Kingdom and New Zealand published their results from the largest global survey of seamounts and knolls in the journal Deep Sea Research.

Seamounts and knolls are typically formed by volcanic activity. Seamounts rise at least 1,000 meters (about 3,200 feet) above the seafloor, whereas the height of knolls is smaller and ranges from approximately 500 to 1000 meters.

Scientists use sound waves to acoustically map the shape of the seafloor and locate seamounts and knolls. Previous efforts to locate these geological features used relatively coarse underwater grids. The current scientific study was notable for the use of high-resolution data. 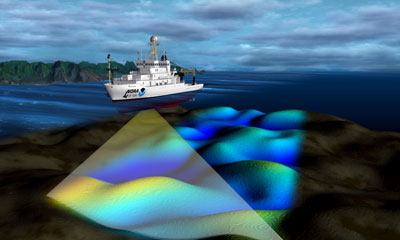 Image of a research vessel conducting an acoustic survey to measure the depth of the seafloor. Image Credit: NOAA

The scientists identified 33,452 seamounts and 138,412 knolls, finding a disproportionate number in southern oceans. Presently, only 6.5% of the ocean floor has been surveyed. The scientists speculate that new seamounts will likely be discovered as surveying improves.

In a news release, lead author Chris Yesson from the Zoological Society of London stated:

The most surprising element of this study is the way that it highlights how much more of the oceans we have yet to study.

Based on their data, the scientists estimate that seamounts and knolls cover approximately 4.7 and 16.3% of the ocean floor, respectively. Less than 2% of seamounts are located within marine protected areas.

Wherever we look at these undersea mountains, our sampling robots and nets bring up creatures we have never seen before. And the taxonomy experts who then examine the creatures in the lab have never seen most of them, either. It can take a year or more to describe a species never seen before, so we have a huge backlog of all these organisms that are new to science. 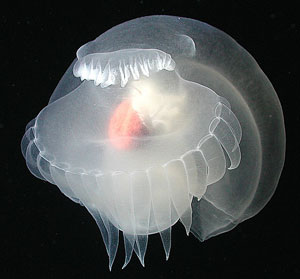 There is clearly much more about the Earth that awaits scientific exploration. The April 2011 study published in Deep Sea Research highlights how seamounts and knolls are ecologically and commercially important areas in need of additional research. The scientists hope that their survey data will be useful as a conservation resource to find, manage, and protect seamount and knoll habitats.