Astrophotographer Colin Legg – who calls himself “a geologist by day and photographer by night” – captured this scene shortly after the CME struck.

A coronal mass ejection, or CME, triggered by storms on the sun hit Earth’s magnetic field on January 17, 2013. It lit up the Arctic and Antarctic regions of Earth with auroras. Southern Hemisphere astrophotographer Colin Legg – who calls himself “a geologist by day and photographer by night” – captured this scene shortly after the CME struck. He wrote on his Facebook page:

Here is the view three minutes after the CME impact … or at least after I first saw colour on the back of the camera. The KP index got to 5 around this time. A couple of minutes later things died down. I could see the curtains naked eye, slowly moving, and would have liked to use a shorter exposure to freeze the motion. Interesting that the colour was pinker at this stage than later on. 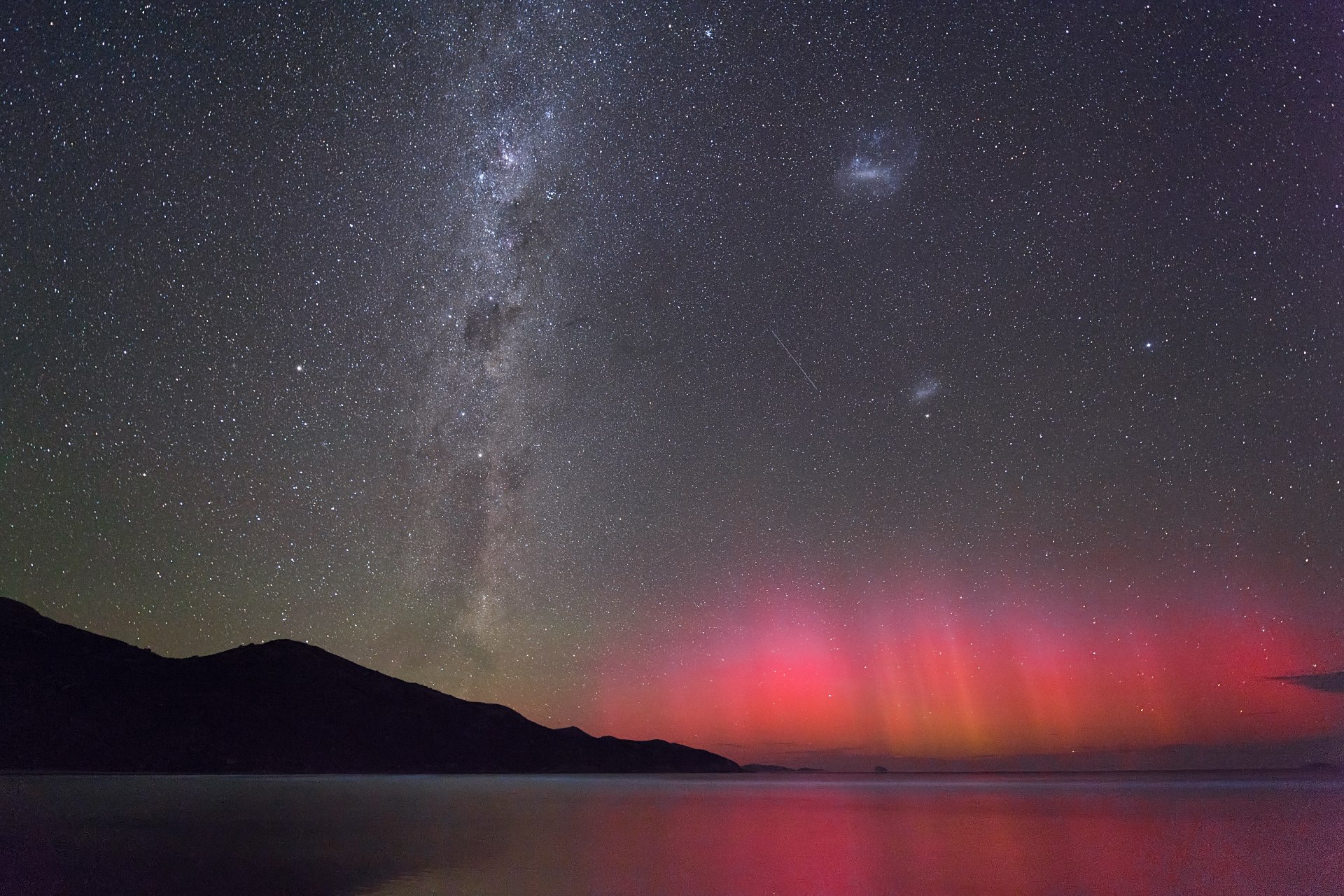 Aurora australis – or southern lights – on January 19, 2013 as captured by Colin Legg at Wilson’s Promontory in southernmost Australia. You can also see the Large and Small Magellanic Clouds in this photo, alongside the edgewise view into our Milky Way galaxy. The blue in the water is bioluminescence. Plus, he also captured a meteor! View larger. Used with permission. 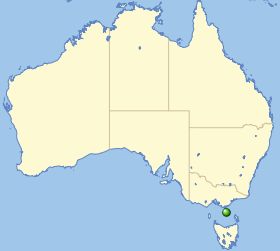 Wilsons Prom is at the southernmost part of Australia. It’s marked here by a blue dot. Map via Wikipedia.

The setting for this photo is Wilsons Promontory National Park, commonly known as Wilsons Prom or The Prom. It’s located in southern Australia.

Wilsons Prom is a well-known site for seeing bioluminescence, which, in this case, is light emitted by tiny organisms living in the sea. Bioluminescent life forms make their own light and carry it in their bodies. Fireflies are another, perhaps more commonly seen example. In the oceans of our world, many creatures are bioluminescent. Just as fireflies use their lit-up abdomens to send mating signals and other forms of communication, so bioluminescent creatures of the deep use their internal ability to create light to warn or evade predators, lure or detect prey, and communicate between species members. 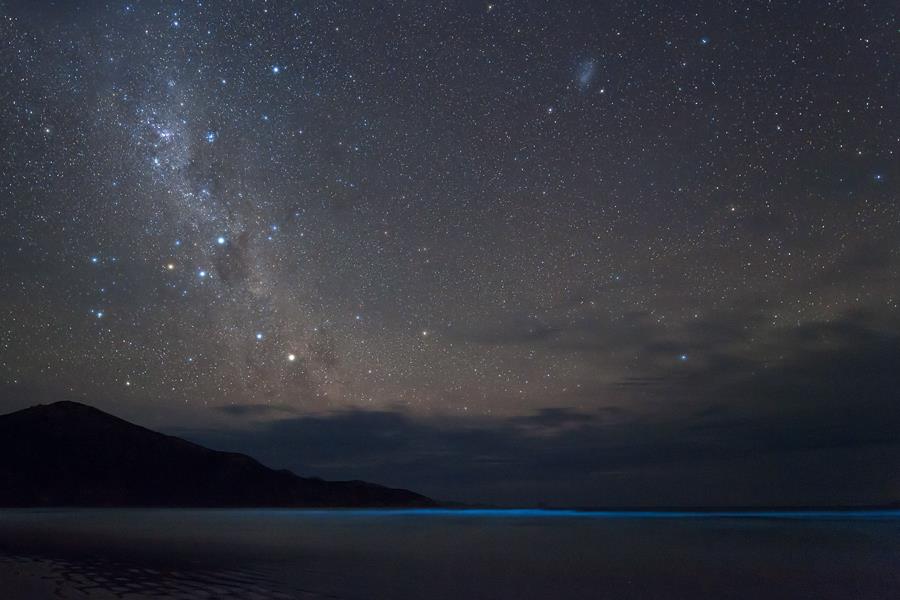 Here’s another photo of the same scene at Wilsons Prom, taken by Colin Legg on January 11, 2013. You can see the bioluminescence – the blue in the water – more clearly here. View larger. Used with permission.

Why do fireflies light up?