Pico do Fogo is a shield volcano in the Cape Verde islands, off Africa’s west coast. After a 20-year quiet, it began erupting Sunday, causing hundreds to evacuate. 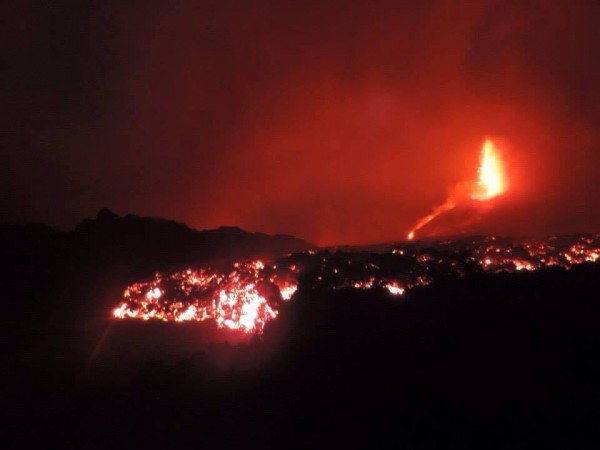 Pico do Fogo – a shield volcano on the island of Fogo in the Cape Verde islands, off the west coast of Africa – began erupting on November 23, 2014. It’s the first eruption since 1995, nearly 20 years. Hundreds of residents living in the vicinity were evacuated, and a local airport was closed.

Erik Klemetti wrote on his excellent Eruptions blog at Wired:

The eruption has formed a small steam-and-ash plume near the flanks of Pico, a small cone inside the main caldera at Fogo. Earthquakes became noticeable to people living on the island starting Saturday night and by morning, an eruption had begun. According to volcanologists monitoring Fogo, the volcano had been showing signs of unrest “for awhile … ” Most of the activity at Fogo for the past 500 years has occurred within the main caldera of the volcano and the eruption in 1995 was centered on the flanks of Pico. The eruptions are dominantly lava flows, although unlike shield volcanoes like Kilauea, Fogo erupts both low-silica basanite (similar to basalt but higher in alkaline elements like sodium and potassium) and high-silica phonolite (similar to rhyolite but higher alkalines). That eruption in 1995 created a lava flow field that spread over 6 square kilometers of the caldera floor.

FogoNews is posting recent updates about the volcano and its effect on the island on its Facebook page.

For example, FogoNews posted this on its Facebook page on November 24 at 1500 UTC (9 a.m. CST). It is translated by Google from Portuguese, under the title Erupting Volcano of Fire: Lava Flows on Three Fronts and Threatens Town Portela:

Information reaching the ground realize that the situation has worsened in the past hours. At the time the lava runs on three fronts and already threatens the village of Portela. On another front the National Park is also threatened. According to a professor of geography in the statements RCV “lava is running with a lot of violence shifting one meter in 4 or 5 minutes.” What sets a more serious situation than in 1995. An elderly of 92 who watched the eruptions of the last century said the RCV that “this is the worst eruption that attended.” At 11. 42 the main road and the alternative road had already been cut. The only way that is left to exit the Tea and through difficult way through Old Mount. Where you find a group waiting to be rescued. 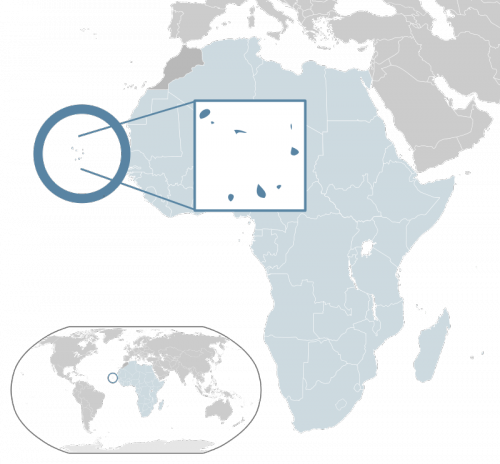 Bottom line: Pico do Fogo is a shield volcano in the Cape Verde islands, off the west coast of Africa. After a 20-year quiet, it began erupting on November 23, 2014, causing hundreds to evacuate.