This isn’t a triple rainbow

It’s what’s called a reflection rainbow, which can be caused by sunlight beaming upward after reflecting from wet sand or calm water, in this case the water of Puget Sound. 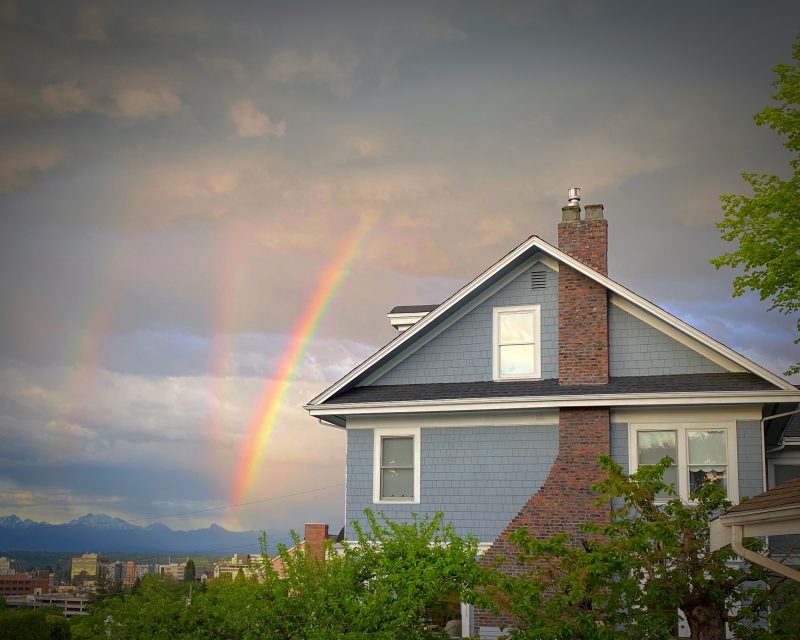 View at EarthSky Community Photos. | Earl Martin in Everett, Washington, captured this image of an ordinary double rainbow – plus an oddly angled, rare reflection rainbow – over Puget Sound on May 5, 2020. Thanks for sharing, Earl!

When he captured this photo, Earl Martin wondered if he’d caught a triple rainbow. But what experts in atmospheric optics call tertiary or quaternary rainbows are something else. Read the latest on them – from 2011 – here: First-ever photos of triple and quadruple rainbows.

So it’s not a triple rainbow. Instead, Earl caught what’s called a reflection rainbow, which can be caused by sunlight beaming upward after reflecting from wet sand or calm water. In this case, the reflection rainbow is coming from the water of Puget Sound in the Pacific Northwest, located along the northwestern coast of the U.S. state of Washington.

The centers of reflection bows are at the same altitude as the sun – the anthelic point [point on the celestial sphere which lies directly opposite the sun from the observer]. This is the same distance above the horizon as the centers of normal bows are below it at the antisolar point.

The normal bow and its corresponding reflection bow intersect at the horizon.

Reflection bows are usually brightest when the sun is low because then its light is reflected most strongly from water surfaces. The normal and reflection bows draw closer together as the sun gets lower.

Thank you, Les, and thank you, Earl! 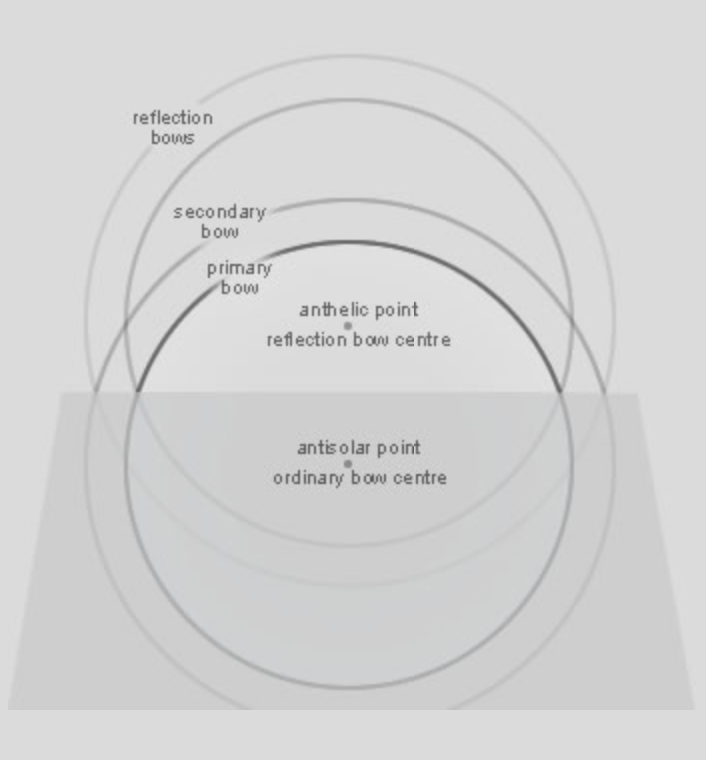 Bottom line: The photo shows what looks like an ordinary double rainbow with a third rainbow, at an odd angle, in its midst. The third rainbow is the reflection rainbow, reflected from the water in Puget Sound on May 5, 2020.

More: Another reflection rainbow photo, showing 4 rainbows this time, from 2015