These swirling, intense red sunset skies are due to ongoing wildfires in northern Italy. 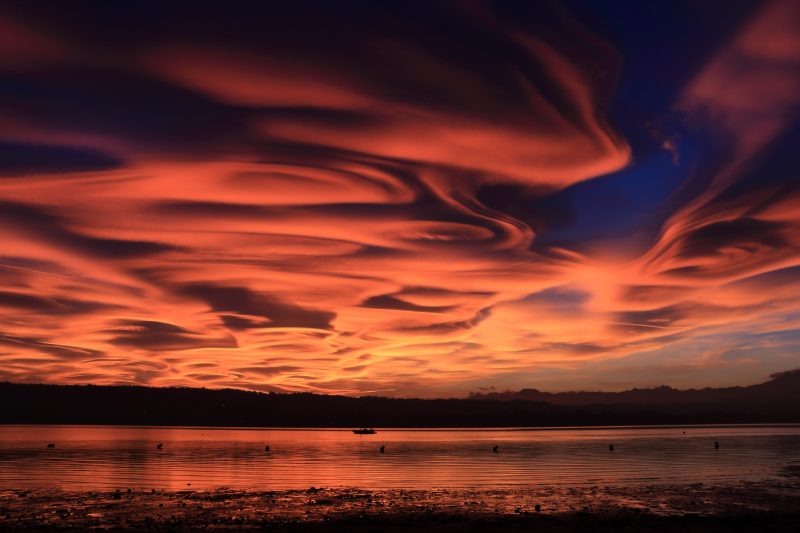 Over the past couple of weeks, as firefighters have struggled to contain them, wildfires have raged in northern Italy. We received two photos of the unusual sunset skies over northern Italy on October 29, 2017. First, Elena Gissi in Lisanza, Lombardy, Italy wrote:

This photo is not post-processed. The sky was really like this, and one of reasons is the abundance of small particles caused by forest fires occurring some 100 kilometers [60 miles] westward.

Good for photographers… Only for them, though.

Why does the sky look like this? It looks as if there’s actual smoke in the air, for one thing. Also, an intense red sunset can result when smoke particles filter out the shorter-wavelength colors in sunlight – the greens, blues, yellows and purples – and leave the red and orange colors behind. I wonder if, since the rate of wildfires has been increasing globally, someone will coin a name for these swirling, intense red sunset skies occurring near fire sites. We’ve seen multiple photos of them this year, from various spots around the globe. Read more about the way air, dust, aerosols and water drops scatter and absorb the rays throughout their long passage through the atmosphere at sunset, at Atmospheric Optics.

More about Rayleigh scattering, which is the reason for the intense red color here.

Sometimes wildfire smoke can also get into the upper troposphere or stratosphere and be carried large distances, to create red skies and sunsets.

It’s also common, near the sites of wildfires, to see red moons and suns. Read more, plus red moon and sun photos, here.

Matteo Curatitoli, whose photo is below, also caught the October 29 sunset. Thank you, Elena and Matteo. We hope the fires are brought under control soon. 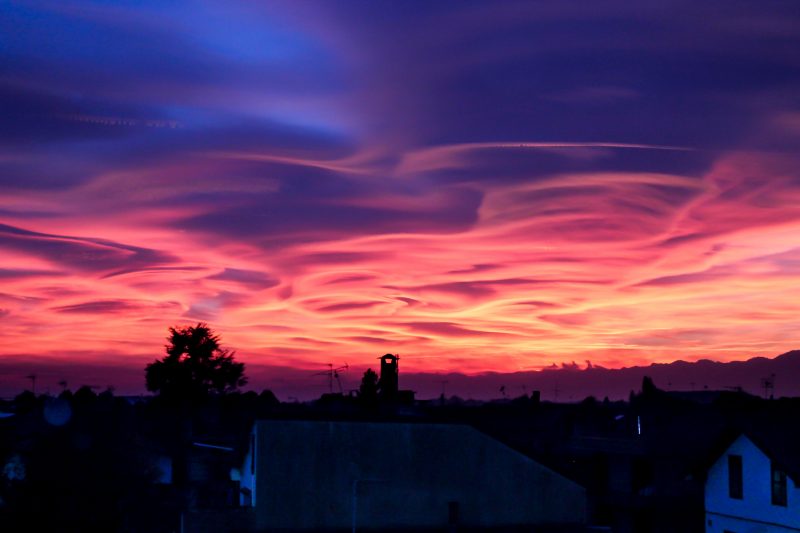 Matteo Curatitoli in Ghemme, Piedmont, Italy wrote of the October 29 sunset: “… north Italy’s skies were amazing! It was like someone had painted sand dunes on the sky!”