See an extra-red moon or sun this week?

If you live in the U.S. or Canada, a peculiarly red moon – or very spectacular sunrise or sunset – might be due to smoke from wildfires. Click in for images from Earth and space. 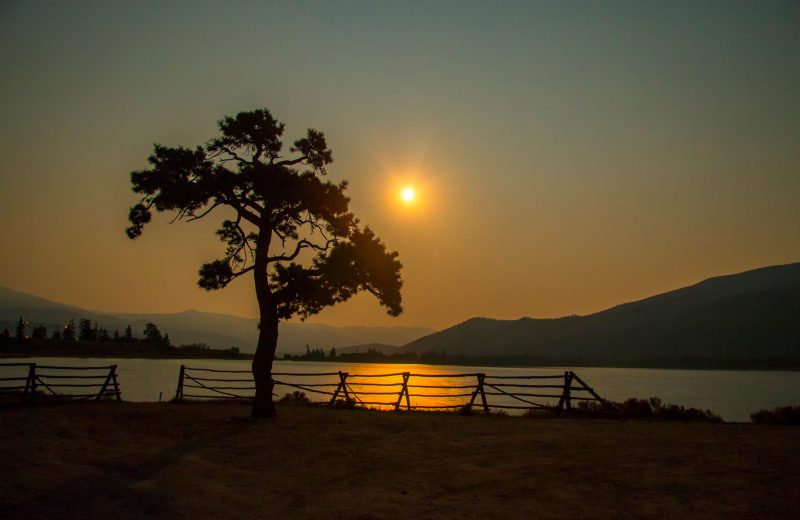 Full moon on the night of September 5-6, 2017 as seen by Joe Randall. He wrote: “Smokey over Colorado tonight.”

We’re receiving many messages and some images from people who are seeing especially red moons – or very red sunsets or sunrises – this week. Of course, the moon or sun near the horizon always look redder than usual, due to the fact that – when the moon or sun is low in the sky – you’re seeing them through a greater-than usual thickness of Earth’s air. But, this week, some commented that the moon looked red even when it was high in the sky. And many are commenting on the extra red sunsets. NASA Earth Observatory reported this week:

With dozens of wildfires burning across the western United States and Canada, many North Americans have had the acrid taste of smoke in their mouths during the past few weeks. On September 5, 2017, the National Interagency Fire Center (NIFC) reported more than 80 large fires burning in nine western U.S. states. People living in large stretches of northern California, Oregon, Washington, and Idaho have been breathing what the U.S. government’s Air Now website rated as ‘hazardous’ air. 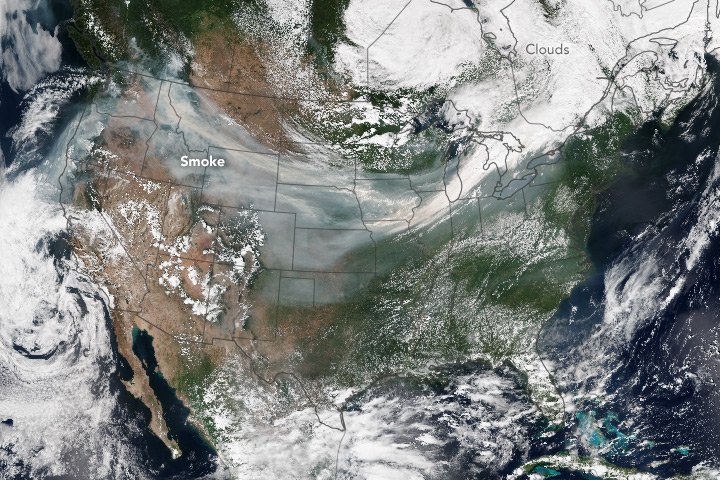 This natural-color mosaic was made from several scenes acquired on September 4, 2017 by the Suomi-NPP satellite. Image via NASA Earth Observatory. 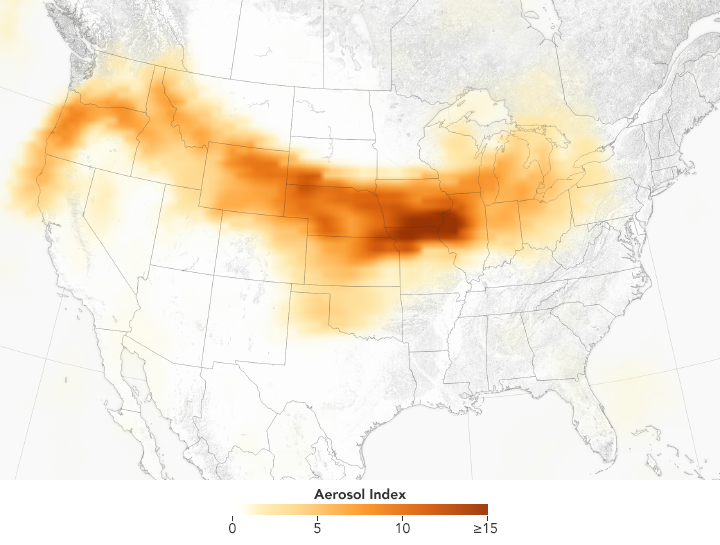 The Ozone Mapper Profiler Suite (OMPS) on Suomi NPP also collected data on airborne aerosols as they were swept by winds from west to east across the continental United States. The OMPS map depicts relative aerosol concentrations, with lower concentrations appearing in yellow and higher concentrations appearing in dark orange-brown. Note that the sensor detects aerosols in high-altitude plumes more readily than lower plumes, so this map does not reflect air quality conditions at “nose height.” Rather it shows where large plumes of smoke were lofted several kilometers up into the atmosphere. Data to make this image was acquired on September 4, 2017. Image via NASA Earth Observatory.

The reports of smokey skies didn’t start this week. We’ve been seeing photos of smoke-filled skies for several weeks, caused by the ongoing wildfires in the U.S. Pacific Northwest and Canada, and, at first, most of the photos of very red moons and sun were coming from there. But now the smoke seems to be spreading.

So if the sun or moon looks particularly red to you – and you live in the U.S. – wildfire smoke might be the reason! 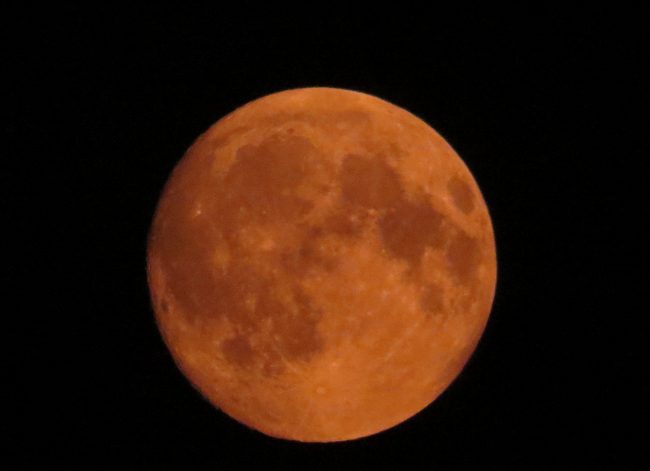 C. Brezina in Grand Junction, Michigan caught this shot of the moon on September 4 and wrote: “Red moon! We couldn’t imagine what was causing the color, then learned the next day that it was due to forest fires a couple thousand miles away.” 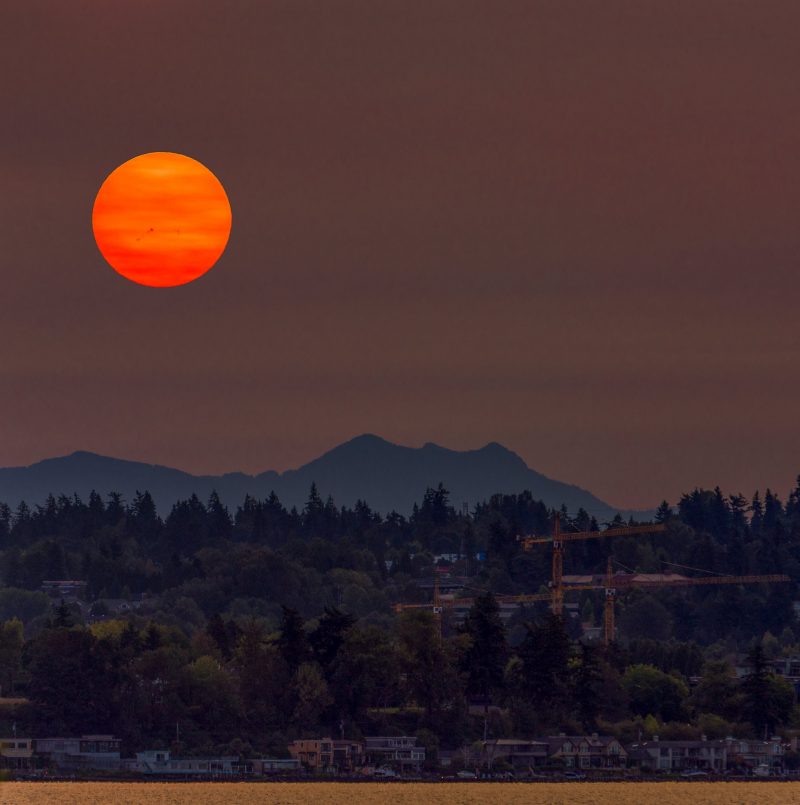 September 2, 2017 sunrise as captured by Gary Peltz in smokey Seattle. He wrote: “This summer has been the hottest and driest in recorded history here in western Washington State. Wildfires continue to ravage the Cascade Mountains from British Columbia to Oregon. Smoke from central Washington around 90 miles east of Seattle is keeping the atmosphere very hazy and producing some very interesting sunrises and sunsets. It’s also keeping the 15 degree above normal temperatures that we are experiencing around 5 degrees F lower than they’d be otherwise.” Look closely at this image, and you’ll also see sunspots!

Bottom line: Smoke from wildfires is spreading across the U.S., causing very red moons and suns. Photos from both Earth and space here.