New evidence suggests that ocean acidification played a key role in the Permian–Triassic mass extinction event 252 million years ago that killed most life on Earth.

During the Permian–Triassic mass extinction event 252 million years ago, most life on Earth perished. Scientists have now obtained evidence that ocean acidification played a key role in the die-off. The new research was published in the journal Science on April 10, 2015. 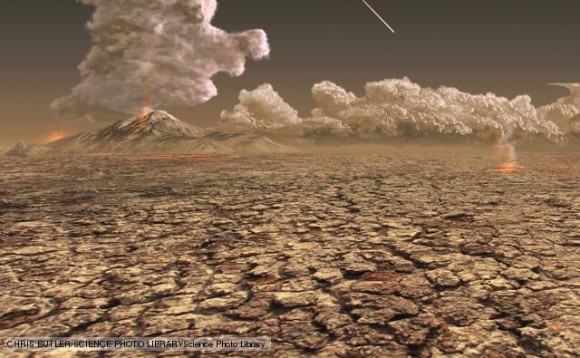 Computer artwork via the BBC

While the fossil record shows clear evidence of the dramatic loss of species, evidence for the cause of the die-off has been harder to come by. Both asteroid impacts and volcanoes are suspected to have been involved in the mass extinction, which took place over a period of about 60,000 years. 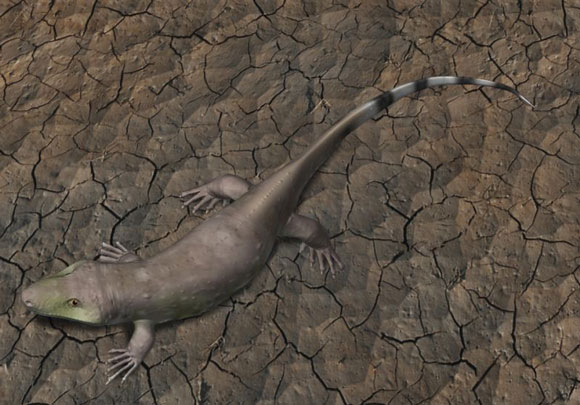 Volcanic eruptions were particular severe during this time in Earth’s history in the area that is now Siberia—252 million years ago, this land mass was part of the supercontinent of Pangea. Scientists think that massive amounts of CO2 released from these eruptions contributed to the extinction event. Specifically, the oceans would have absorbed much of the CO2, which would have led to an increase in acidity of the seawater.

To investigate if the oceans were more acidic during the mass extinction, a team of European scientists collected ancient rocks in the United Arab Emirates that were once part of the seafloor. Seafloor rocks from the Permian–Triassic period are rare on Earth because most of them have been recycled back into the mantle through the actions of plate tectonics.

With these rocks, the scientists were able to reconstruct a record of seawater pH at the time of the mass extinction. They accomplished this feat by measuring boron isotopes (isotopes are slightly different forms of the same element; they have the same number of protons but a different number of neutrons). Seawater pH has a strong effect on the types of boron isotopes that become incorporated into rocks. Thus, the boron isotopes in the rocks they collected serve as a proxy for the seawater pH in the ancient seas.

The scientists found that the seawater pH was relatively stable during the early wave of extinctions, but an abrupt drop in pH indicative of increasing acidity was detected during the second extinction pulse. It was during this time that many marine organisms with calcified shells perished. High levels of acidity erode calcium carbonate shells. 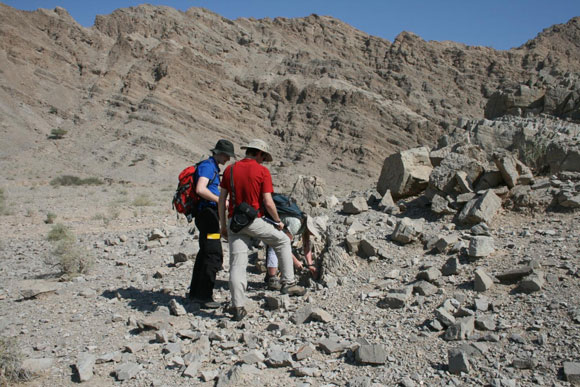 Matthew Clarkson, lead author of the new study, commented on the findings in a press release. He said:

Scientists have long suspected that an ocean acidification event occurred during the greatest mass extinction of all time, but direct evidence has been lacking until now. This is a worrying finding, considering that we can already see an increase in ocean acidity today that is the result of human carbon emissions.

The research was funded by the International Centre for Carbonate Reservoirs, UK’s Natural Environment Research Council, The Leverhulme Trust, the German Research Foundation, and the Marsden Fund.