Cicada time is coming up!

It might be a noisy spring this year. A large brood of 17-year cicadas is expected in 2013.

A large brood of 17-year periodical cicadas (genus Magicicada) is expected to emerge this spring across portions of eastern North America. These insects spend up to 13 or 17 years of their life cycle living underground. Then, they emerge in large numbers to breed. While things may get noisy in 2013—their mating songs are among the loudest of all sounds produced by insects—don’t worry, they won’t bite or sting. The emergence of periodical cicadas is actually a fascinating natural phenomenon to observe. 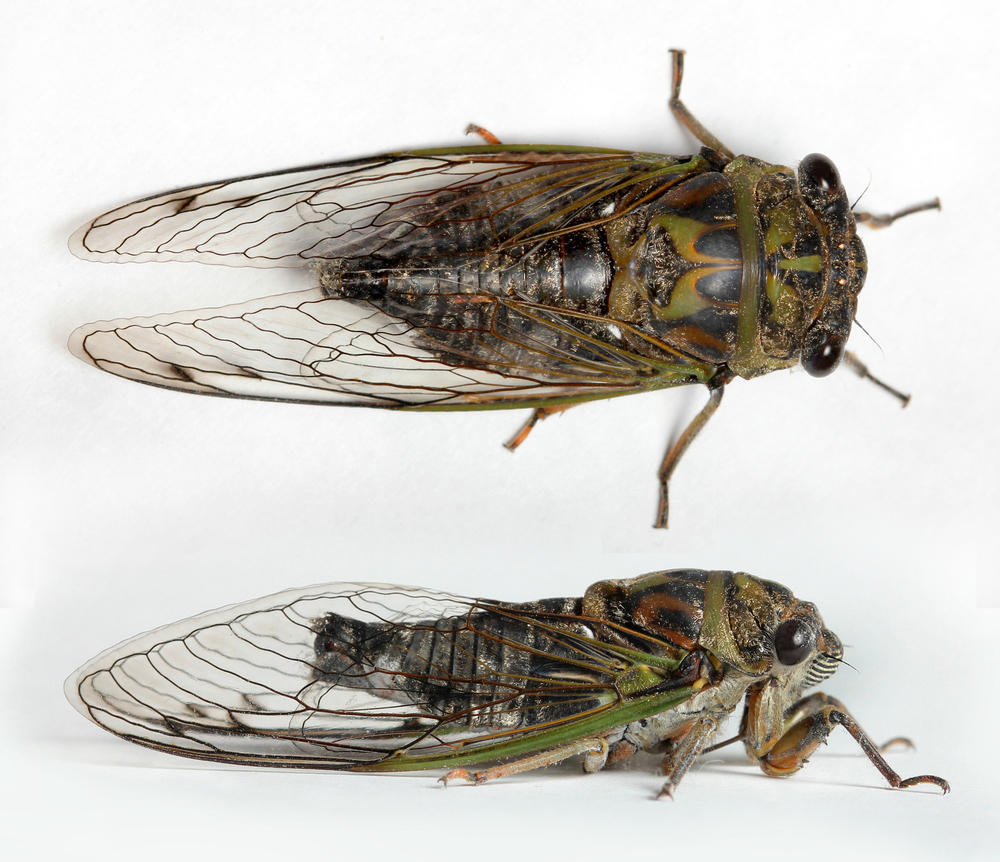 A large brood of 17-year cicadas is expected to emerge this spring across portions of eastern North America including Connecticut, Maryland, New Jersey, New York, North Carolina, Pennsylvania and Virginia. The cicadas are expected to emerge once soil temperatures at about 8 inches (20 centimeters) in depth warm to about 63 °F (17°C). If you live in this area, you can help track the emergence via Radiolab or Magicada.org. Given how technologically savvy we’ve become, I’m expecting that this emergence event will go down on record as being one of the best tracked cicada cycles in history.

Cicadas are insects that have large transparent wings, eyes spaced wide apart and sucking mouthparts that enable them to pierce and drink the sap from plants. They spend the majority of their life cycle living underground as immature nymphs. Then, they emerge for brief periods of time to breed. Soon after emerging from the ground, the nymphs shed their exoskeletons and molt into fully formed adult cicadas. Their old molted shells can often be found still attached to trees or rocks. 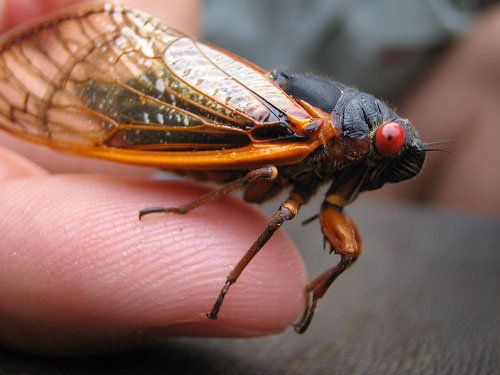 Adult male cicadas sing loud chirping songs to attract female cicadas. The noise they make is produced through rapid vibrations of a membrane located on their abdomen called a tymbal. Because their abdomens are somewhat hollow, the noise from the tymbals gets amplified to even louder levels. Their mating song is one of the loudest sounds known to be produced by insects.

Cicadas can be found on every continent except for Antarctica. A few species of cicadas in eastern North America, known as periodical cicadas (genus Magicicada), synchronize the timing of their emergence into 13 or 17 year cycles. Cycles of 13 years are more common among populations living in southern areas, whereas cycles of 17 years are more common in cicadas from northern regions. Some scientists think that their long synchronized life cycles evolved as a predator avoidance strategy. When cicadas emerge infrequently, predators such as birds and squirrels are less likely to be able to anticipate and capitalize on their presence. Also, when cicadas emerge in large numbers, at least some will be likely to escape predation. Other scientists have suggested that their unique life cycles may have evolved in response to climate cooling during the Pleistocene Epoch thousands of years ago. Colder climates could have caused long delays in the development of nymphs and reduced population numbers to such an extent that synchronized mating would be necessary for the insects to find a mate.

Bottom line: A large brood of 17-year cicadas is expected to emerge this spring across portions of eastern North America including Connecticut, Maryland, New Jersey, New York, North Carolina, Pennsylvania and Virginia. Their mating song is one of the loudest sounds known to be produced by insects.