Europe got a fabulous display of noctilucent clouds on July 3

During the past two nights (July 2 and 3, 2014), skywatchers at northerly latitudes in Europe have reported seeing a wonderful displays of electric-blue noctilucent clouds, sometimes called night-shining clouds. The display last night was said to be especially good. These clouds are made of ice crystals that form on fine dust particles left behind by meteors. They are seen only at high latitudes in either the N. or S. Hemisphere. This is the time of year to see them! Thanks for all who posted to EarthSky Facebook.

The display on July 3rd appears to be the best of the year so far, and would seem to herald even more widespread sightings in the nights ahead, not only in Europe but also in North America.

Sightings on the night of July 3 came from Norway, Sweden, France, Germany, Poland, the Netherlands, Scotland, Ireland, England and Belgium. 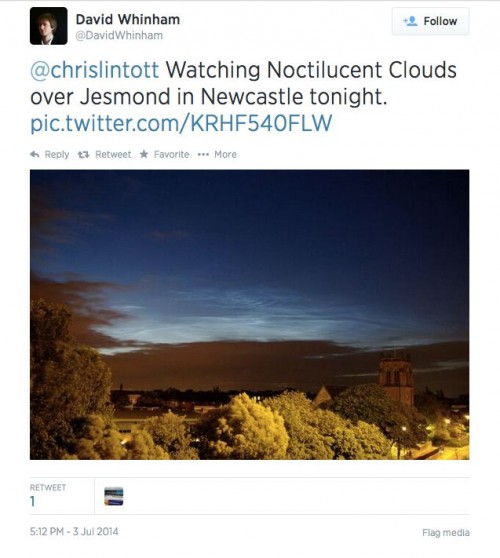 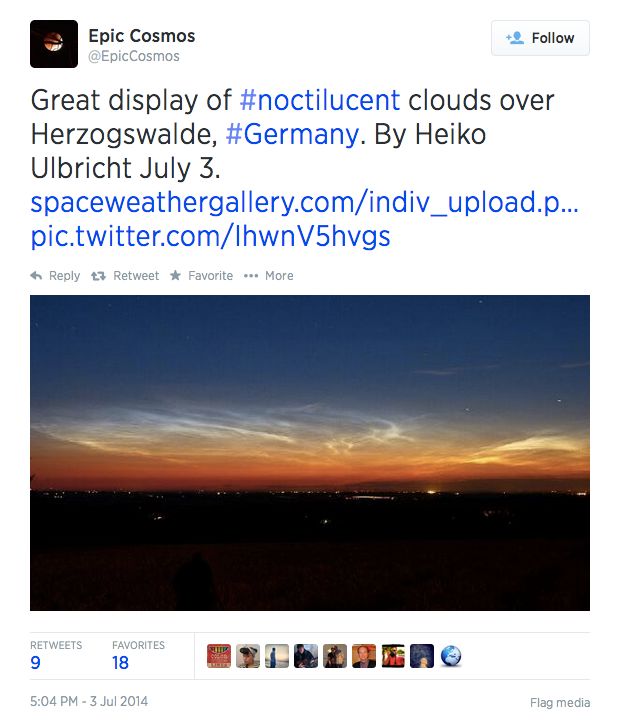 Bottom line: Europe had a wonderful display of noctilucent clouds on July 2 and 3, 2014. The photos here are mostly from EarthSky friends on Facebook and Twitter.

Thank you! Your submission has been received!
Oops! Something went wrong while submitting the form.
END_OF_DOCUMENT_TOKEN_TO_BE_REPLACED