Scientists were convicted in Italy for failing to predict a deadly earthquake. But no one can predict when an earthquake will happen, or how big it will be.

The October 22, 2012 ruling in Italy – a manslaughter conviction for six scientists and one government official for failure to predict a deadly 2009 earthquake – is causing many people to ask if earthquake prediction is possible. Scientists have a pretty good idea of where an earthquake is likely to strike, but there is still no way to tell exactly when it will happen, or how big it will be.

Most earthquakes result from plate tectonics – the continuous movement of immense plates of land along Earth’s surface. Plates bump up against each other at ruptures known as fault lines. The side-to-side or up-and-down motion along fault lines causes enormous shock waves, which are felt as earthquakes. Scientists know where these fault lines are, and have made maps of where earthquakes are most likely to happen. But they cannot predict with certainty when a large earthquake will occur. 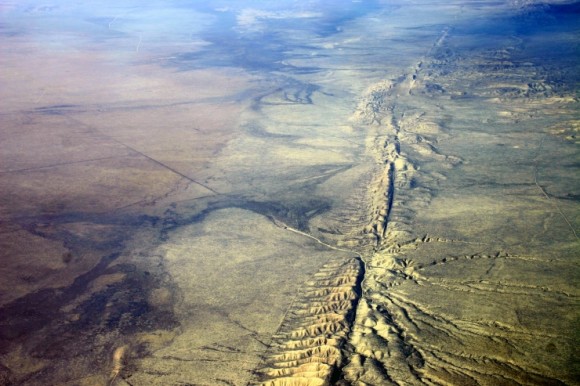 EarthSky spoke with Kathleen Tierney of the Natural Hazards Center at the University of Colorado. She said that because no one can make predictions about earthquakes far in advance, people in high-risk areas always need to be prepared, always.

Some communities have warning systems. Earthquake-prone Japan developed a national alert system in 2007, which tries to alert the public the moment scientists detect a large tremor. The Japanese system doesn’t rely on seismology alone. It also relies on a well-informed population. In other parts of the world, where populations may be more demographically diverse, getting out earthquake-preparedness information can be challenging.

For now, Tierney advised, people in vulnerable areas should stay vigilant and have an earthquake-preparedness plan, especially when it’s been a while since the last quake.

The United States Geological Survey (USGS) and partner organizations in California are doing research to understand what benefits an earthquake early warning system might have in California.

Even though there is currently no way to predict earthquakes, seismologist Mike Blanpied of the USGS told EarthSky several years ago that there are grounds for optimism. According to Blanpied:

There are increased amounts of data, new theories and powerful computer programs and scientists are using those to explore ways that earthquakes might be predicted in the future. We can certainly hope that someday we’ll be in a world where an earthquake can be anticipated and predicted before it occurs.

Although this ability to predict earthquakes has not happened yet, scientists are hopeful for the future.