Many volcanoes around the world lack effective monitoring programs.

Many volcanoes around the world lack effective monitoring programs according to a new scientific study published on March 16, 2012 in the journal Science.

When a volcano is about to erupt, scientists can detect early warning signals in the form of volcanic tremors. These highly regular, seismic vibrations are caused by magma moving towards the surface of the Earth. Because volcanic tremors are typically weak, they cannot be picked up by the global network of seismic sensors devoted to monitoring earthquakes. Instead, volcano monitoring requires a local network of seismometers located near the volcano. 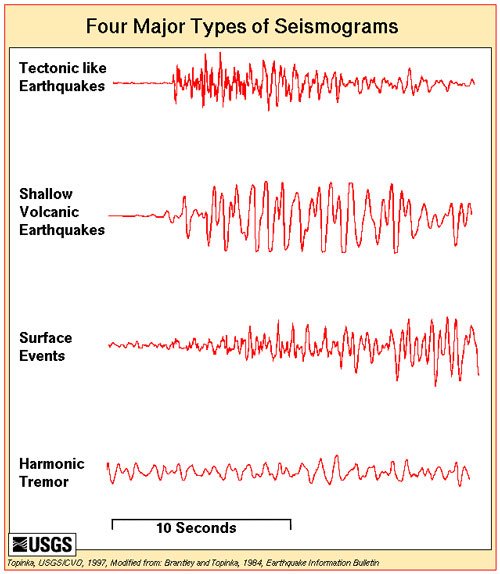 While seismic monitoring systems aren’t perfect – there are false alarms – volcano monitoring can save lives through alerting authorities of the need to evacuate local residents and to divert aircraft away from dangerous clouds of ash.

A vexing problem in volcano monitoring is the lack of coverage. According to a new article published in Science, a recent survey of 441 active volcanoes in 16 developing countries found that 87% of the volcanoes had only rudimentary or no monitoring systems in place. Sixty five of these volcanoes were identified as posing a high risk to large populations.

Stephen Sparks, lead author of the paper published in Science, is a professor at Bristol University and Director of the Bristol Environmental Risk Research Center. The Center was established in 2009 to advance interdisciplinary research of environmental hazards such as floods, volcanoes and earthquakes and to promote technological approaches to disaster risk reduction.

He notes that satellite-based methods for monitoring volcanoes may offer some promise for detecting unrest on unmonitored volcanoes in remote or underfunded regions.

One type of satellite technology called InSAR (interferometric synthetic aperture radar), can send a radar beam through the clouds and detect changes in the position of Earth’s surface. With data from InSAR, scientists may be able to predict some of the hazards associated with volcanic activity such as the most likely direction for destructive lava flows. InSAR may be particularly useful in areas such as the tropics where cloud cover often obscures observations of the Earth from space. 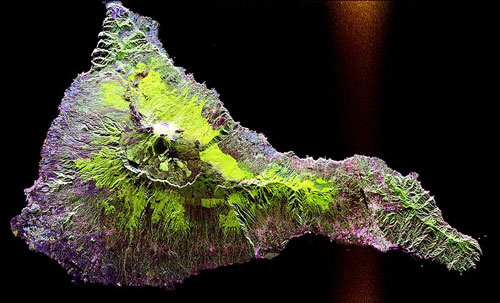 Satellite radar image of the Teide Volcano in the Canary Islands taken onboard the space shuttle Endeavour. Image Credit: NASA.

Other satellite technologies that may hold promise for volcano monitoring are those that are able to detect changes in thermal patterns or sulfur dioxide emissions associated with volcanic activity.

Unfortunately, data on volcanic activity generated by satellites remain difficult to interpret and are often not available in real time during volcanic eruptions. Regardless, satellite-based technologies may be especially useful for identifying and targeting resources for more detailed, ground-based volcano monitoring according to the paper published in Science.

The paper by Sparks and his colleagues concludes that there is a clear need to develop more capacity and to implement additional forecasting tools in volcano monitoring programs.

Bottom line: A new scientific study published on March 16, 2012 in the journal Science highlights that many volcanoes around the world lack effective monitoring programs. The study suggests that volcano monitoring programs could be improved by developing additional capacity in both ground-based and satellite-based technologies.