How snowflakes get their shapes

Depending on the temperature and humidity of the air where the snowflakes form, the ice crystals can grow into a myriad of different shapes. 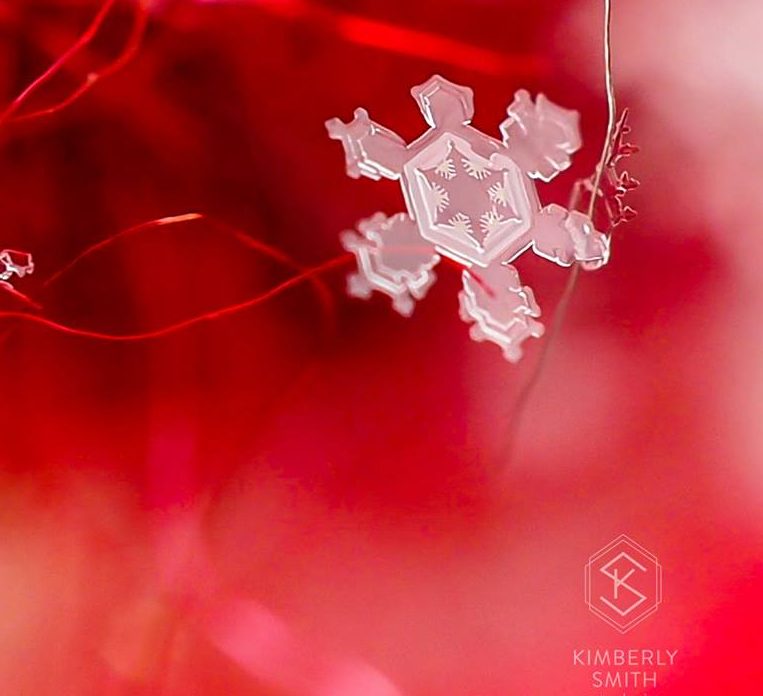 Wilson Bentley (1865–1931) from Jericho, Vermont, was the first person to capture photographs of snowflakes through the use of a microscope attached to a camera. His collection of 5,000 snowflake images introduced many people to the astounding diversity of snow crystals. 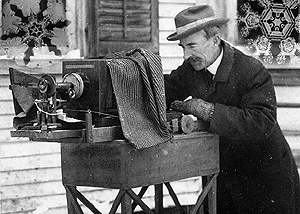 In 1951, scientists from an organization now called the International Association of Cyrospheric Sciences (IACS) devised a classification system that characterized snowflakes into 10 basic shapes. These shapes include the stellar crystals that many people are familiar with, as well as lesser-known snowflake forms such as capped columns. The IACS classification system is still in use today although there are other more complex classification systems as well. 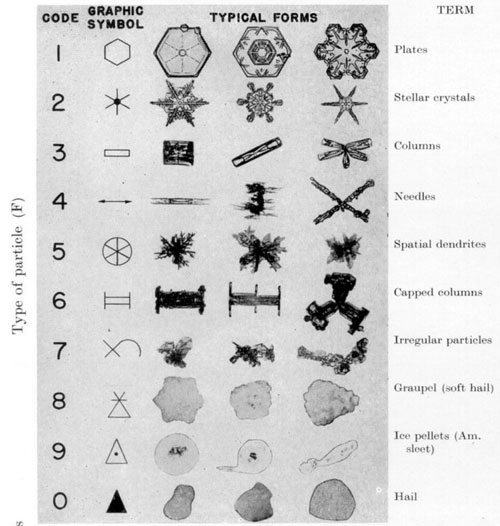 Classification of snow crystals in 1951 by the International Association of Cryospheric Sciences. Image via Vincent J. Schaefer.

Kenneth Libbrecht, Professor of Physics at the California Institute of Technology, has made extensive observations of how water molecules get incorporated into snow crystals. In his research, he observed that the most intricate snowflake patterns are formed when there is moisture in the air. Snowflakes produced in drier conditions tend to have simpler shapes.

According to Libbrecht’s research, temperature also has a large effect on the formation of snowflakes. Snowflakes formed in temperatures below -7.6 degrees Fahrenheit (-22 degrees C) consist primarily of simple crystal plates and columns. Meanwhile, snowflakes with extensive branching patterns are formed in warmer temperatures.

Check out Libbrecht’s website, SnowCrystal.com. It’s truly a wealth of information about snowflakes. 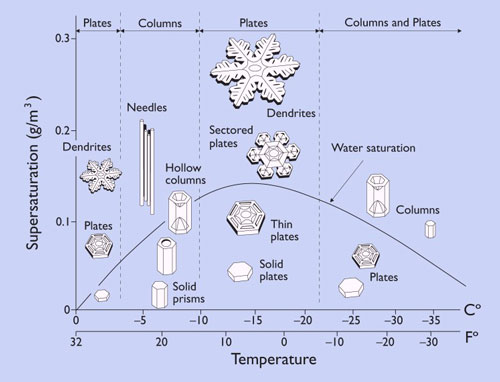 Effects of temperature and humidity on snowflake formation. Image via Kenneth Libbrecht. 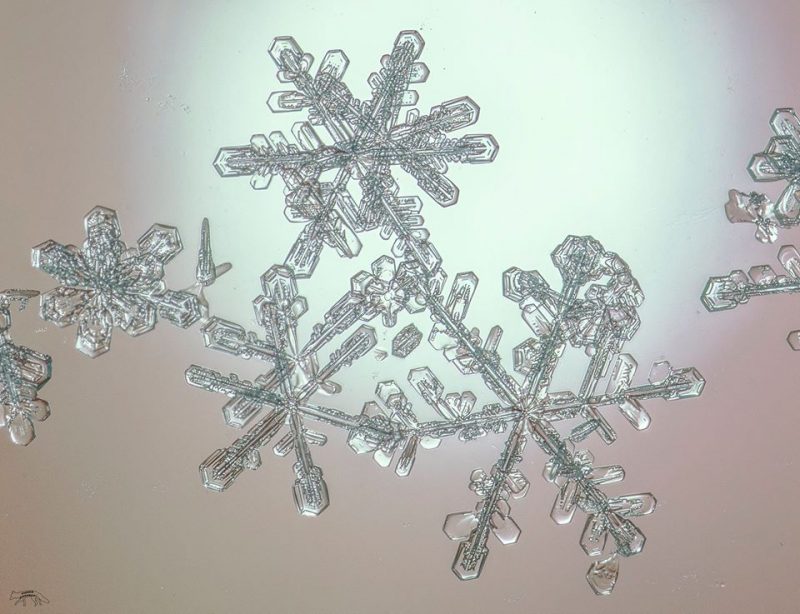 Bottom line: Snowflake shape is influenced by temperature and humidity. The most intricate snowflake patterns are typically formed during warm and wet conditions.

See more photos: A few favorites from the EarthSky community