Kilauea ranks hottest in terms of total energy. It’s been erupting for decades. Meanwhile, Iceland’s Holuhraun eruption radiated the most heat for a single event. 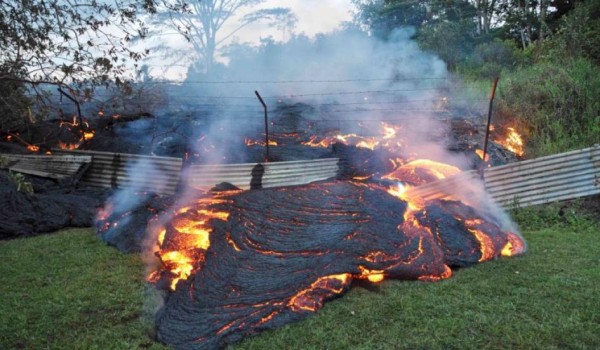 A fascinating new analysis used satellite observations of 95 of Earth’s most active volcanoes to determine which volcanos on Earth have been the hottest since the turn of the century. The answer depends on how you define hottest, but, in terms of total energy radiated, the top spot goes to Kilauea on the Big Island of Hawaii. Kilauea has been in eruption for more than 30 years and spilled lava continuously throughout the study period of 2000-2014. This volcano made headlines in November of 2014, by the way, when the U.S. Federal Emergency Management Agency issued a disaster declaration for the area impacted by its recent lava flow. The long-term comparative study, meanwhile, was led by Robert Wright of the Hawaii Institute of Geophysics and Planetology. Geophysical Research Letters published the study in late 2014.

Wright based his study on data acquired by NASA’s Aqua and Terra satellites. For a full ranking of all 95 volcanoes, see the chart at the bottom of this page.

Hottest volcanos in terms of total energy radiated. Kilauea volcano’s ongoing eruption caused it to rank first in terms of total energy. In recent times, this volcano began erupting in January 1983 and, according to the U.S. Geological Survey (USGS), also ranks as having the most voluminous outpouring in the past five centuries. Meanwhile, Nyiragongo volcano in the Democratic Republic of Congo came in a close second after Kilauea, thanks to its lava lake. Africa’s most active volcano — and Nyiragongo’s neighbor — Nyamuragira came in third for overall energy radiated. NASA Earth Observatory commented:

Note that the volcanoes emitting the most heat do not necessarily emit it explosively. In fact, most of the top heat producers were shield volcanoes that released mafic lava slowly. 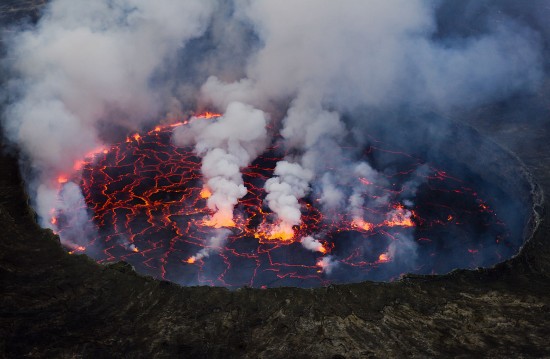 The lava lake at Nyiragongo volcano in the Democratic Republic of the Congo caused it to rank second in total energy radiated, 2000-2014. Image via Caitjeenk via Wikimedia Commons 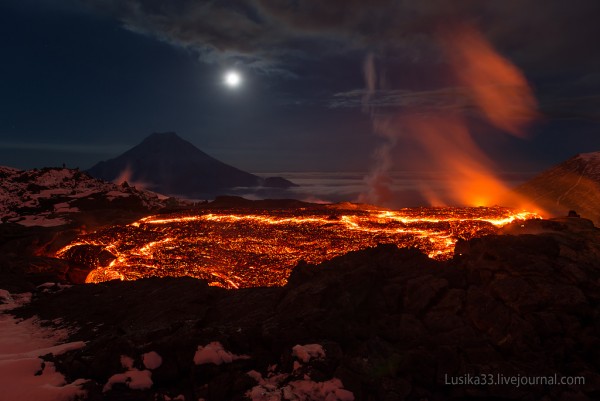 Tolbachik volcano in Russia in 2013. Photo by Liudmila and Andrey.

Hottest volcanos in terms of single eruptions. If you ignore the steady, continuous heat produced by volcanoes and look only at the extra heat produced during eruptions, then the rankings look different. Iceland’s ongoing Holuhraun eruption has radiated the most heat for an event. At the time that the study was published, Holuhraun had radiated about one-third more thermal energy than the 2012-2013 eruption of Russia’s Tolbachik, which itself radiated about 50 percent more energy than the 2011-2012 eruption of Nyamuragira.

The video below shows scientists from the University of Iceland sampling basalt lava from the eruption at Holuhraun in September, 2014.

Bottom line: A study of 95 volcanos in the period of 2000-2014 shows that Hawaii’s Kilauea volcano ranks hottest in terms of total energy. Meanwhile, Iceland’s Holuhraun eruption radiated the most heat for a single event.