Landsat satellites have provided a near-continuous record of Earth’s surface seen from space for over 40 years. Newest Landsat launched February 11.

NASA’s new Landsat Data Continuity Mission (LDCM) satellite acquired its first images on March 18, 2013. The images show that the satellite is functioning well and will likely be ready to begin full operations in late May 2013. The first LDCM images came from over North America, where the Great Plains intersect with the Rocky Mountains in Colorado and Wyoming. The March 18 image below, from Colorado, captured a remarkable level of detail about the landscape. Green coniferous forests and the adjacent brown plains can be seen in the image, as well as a burn scar left from earlier wildfires. 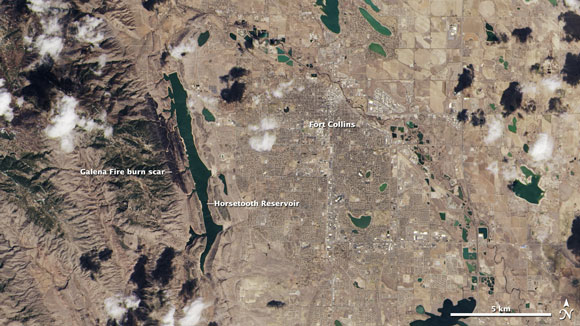 One of the first images of Earth taken from NASA’s new LDCM satellite on March 18, 2013. Image via NASA. 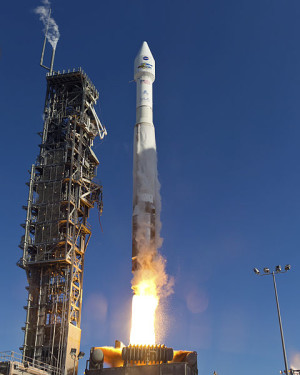 This newest satellite in the Landsat series was launched into orbit by NASA on February 11. It is the eighth satellite in the Landsat program and the seventh to reach orbit successfully. Can you remember a world without Landsat looking down? The first one was launched in 1972, and these satellites have provided a near-continuous record of changes to Earth’s land surface, as observed from space, for over 40 years.

The newest Landsat has two instruments on board that collect data on the amount of light and heat emitted from Earth’s surface. By analyzing data from the satellite, scientists can obtain information on the health of forests, lakes and agricultural crops. Also, they can monitor how Earth’s landscapes are changing through time. Jim Irons, an LDCM project scientist at NASA’s Goddard Space Flight Center, commented on the newest Landsat’ first images in a news release. He said:

We are very excited about this first collection of […] imagery. These images confirm we have two healthy, functioning sensors that survived the rigors of launch and insertion into Earth orbit.

The LDCM satellite is currently being tested to see how well it is functioning. In the meantime, the satellite has also provided the image below of the Rocky Mountains, in stunning detail. 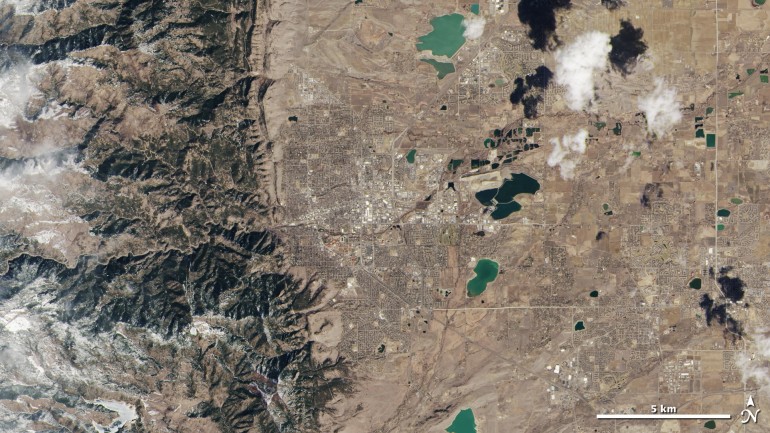 The newest Landsat satellite also transmitted this image, showing the Rocky Mountains in stunning details. The satellite is being calibrated now and will begin full operations in May. Image via NASA. View larger.

Additional images of the sun, the moon and Earth’s oceans and deserts are being collected now and will continue to be collected over the next few weeks to help scientists test and calibrate the new satellite. After the calibration phase is complete, the satellite will be renamed Landsat 8 and turned over to the US Geological Survey (USGS) for continued operation. The satellite is expected to begin full operations in late May, and data from the satellite will be distributed for free on the internet.

Matthew Larsen, associate director for climate and land use change at USGS, also commented on the new Landsat images in a news release. He said:

These first scenes from the new Landsat satellite continue the remarkable output from the Landsat program with better, more useful imagery and information. We are gratified that this productive partnership between USGS and NASA has maintained the continuity and utility of this essential satellite tool, providing the foundation for land and water management around the globe.

Data from the satellite will be vital for land and water management programs around the globe. 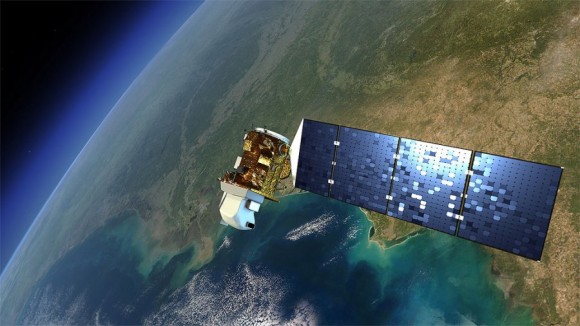 Video: Best images of Earth from orbit in 2012