Are the Earth’s magnetic poles about to swap places?

Earth’s previous polar reversal happened 780,000 years ago. Are we facing another one soon? Hear from the authors of a new study, on a strange anomaly that might be a clue. 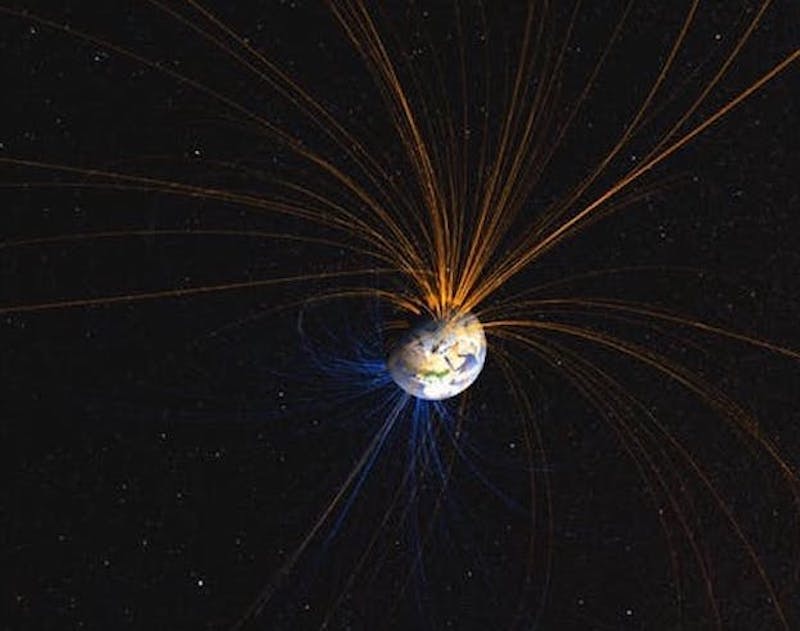 Earth’s magnetic field extends from the Earth’s interior out into space, surrounding our planet like an invisible force field , protecting life from harmful solar radiation by deflecting away charged particles from the sun. But this field is continuously changing. Indeed, our planet’s history includes numerous global magnetic reversals, where north and south magnetic poles swap places. Image via NASA Goddard Space Flight Center/ The Conversation.

Click here if you’re looking for this new study, from February 2021: Magnetic reversal 42,000 years ago linked to upheaval and extinctions

Deep inside the Earth, liquid iron is flowing and generating the Earth’s magnetic field, which protects our atmosphere and satellites against harmful radiation from the sun. This field changes over time, and also behaves differently in different parts of the world. The field can even change polarity completely, with the magnetic north and south poles switching places. This is called a reversal and last happened 780,000 years ago. 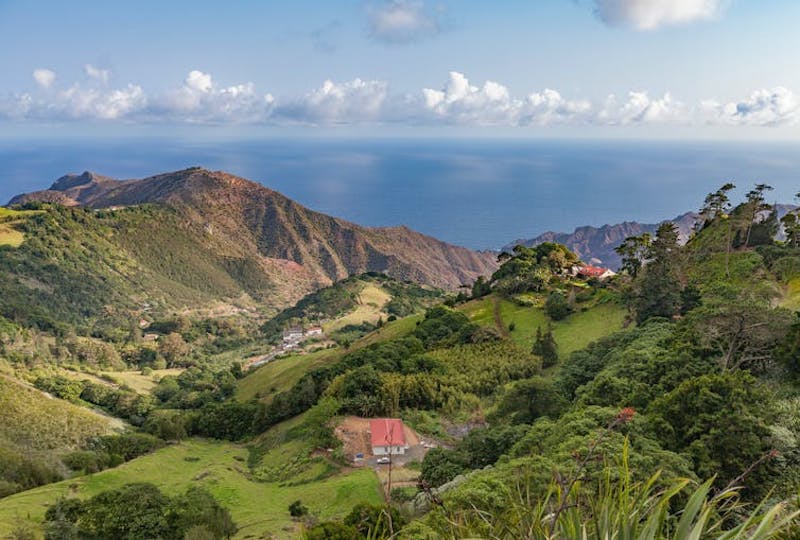 Between South America and southern Africa, there is an enigmatic magnetic region called the South Atlantic Anomaly, where the field is a lot weaker than we would expect. Weak and unstable fields are thought to precede magnetic reversals, so some have argued this feature may be evidence that we are facing one.

Now our new study, published June 12, 2020, in the Proceedings of the National Academy of Sciences, has uncovered how long the field in the South Atlantic has been acting up – and sheds light on whether it is something to worry about.

Weak magnetic fields make us more prone to magnetic storms that have the potential to knock out electronic infrastructure, including power grids. The magnetic field of the South Atlantic Anomaly is already so weak that it can adversely affect satellites and their technology when they fly past it. The strange region is thought to be related to a patch of magnetic field that is pointing a different direction to the rest at the top of the planet’s liquid outer core at a depth of 1,795 miles (2,889 km) within the Earth. 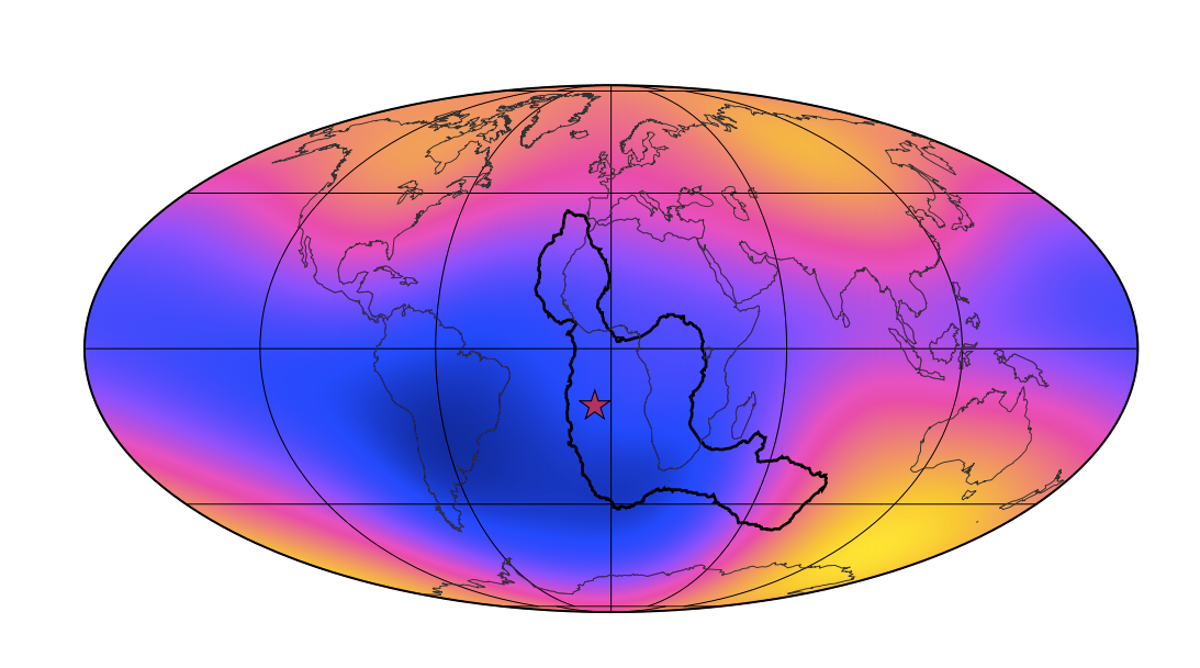 The geomagnetic field at Earth’s surface with the South Atlantic Anomaly outlined in black and St. Helena marked with a star. Colors range from weak fields (blue) to strong fields (yellow). Image via Richard K. Bono/ The Conversation.

This “reverse flux patch” itself has grown over the last 250 years. But we don’t know whether it is simply a one-off product of the chaotic motions of the outer core fluid or rather the latest in a series of anomalies within this particular region over long time frames.

If it is a non-recurring feature, then its current location is not significant – it could happen anywhere, perhaps randomly. But if this is the case, the question of whether its increasing size and depth could mark the start of a new reversal remains.

If it is the latest in a string of features reoccurring over millions of years, however, then this would make a reversal less likely. But it would require a specific explanation for what was causing the magnetic field to act strangely in this particular place.

To find out, we travelled to Saint Helena – an island in the middle of the South Atlantic Ocean. This island, where Napoleon was exiled to and eventually died in 1821, is made of volcanic rocks. These originate from two separate volcanoes and were erupted from between eight million and 11.5 million years ago. 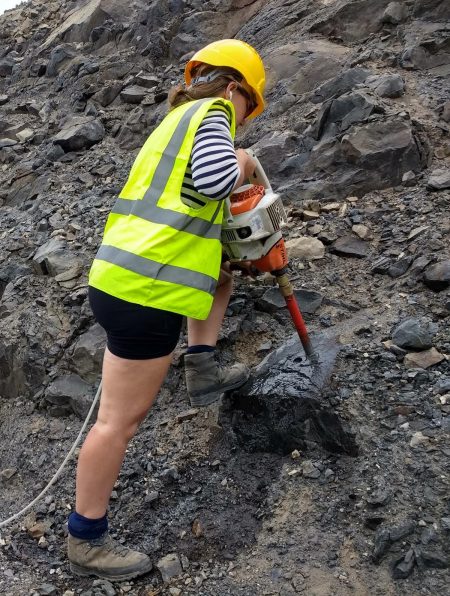 When volcanic rocks cool down, small grains of iron-oxide in them get magnetized and therefore save the direction and strength of the Earth’s magnetic field at that time and place. We collected some of those rocks and brought them back to our lab in Liverpool, where we carried out experiments to find out what the magnetic field was like at the time of eruption.

Our results showed us that the field at Saint Helena had very different directions throughout the time of eruption, showing us that the field in this region was much less stable than in other places. It therefore challenges the idea that the abnormality has only been around for only a few centuries. Instead, the whole region has likely been unstable on a timescale of millions of years. This implies the current situation is not as rare as some scientists had assumed, making it less likely that it represents the start of a reversal.

A window into Earth’s interior

So what could explain the odd magnetic region? The liquid outer core that is generating it moves (by convection) at such high speeds that changes can occur on very short, human timescales. The outer core interacts with a layer called the mantle on top of it, which moves far slower. That means the mantle is unlikely to have changed very much in the last ten million years. 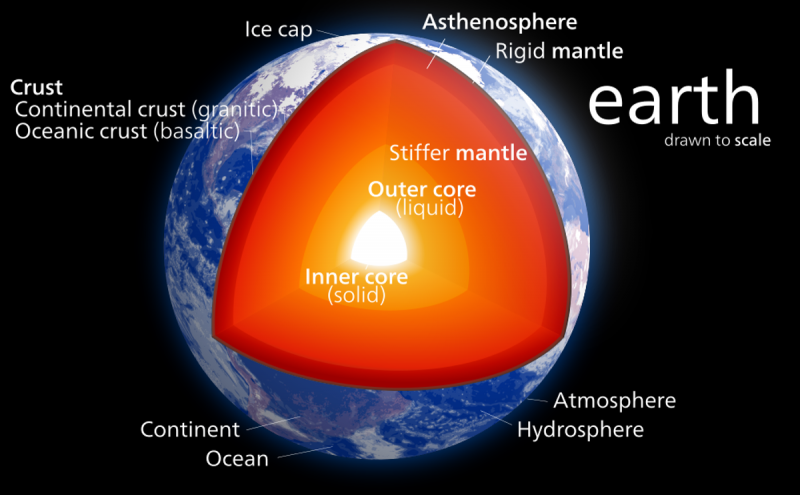 From seismic waves passing through the Earth, we have some insight into the structure of the mantle. Underneath Africa there is a large feature in the lowermost mantle where the waves move extra slow through the Earth – meaning there’s most likely an unusually warm region of the lowermost mantle. This possibly causes a different interaction with the outer core at that specific location, which could explain the strange behavior of the magnetic field in the South Atlantic.

Another aspect of the inside of the Earth is the inner core, which is a solid ball the size of Pluto beneath the outer core. This solid feature is slowly growing, but not at the same rate everywhere. There is a possibility that it is growing faster on one side, causing a flow inside the outer core that is reaching the outer boundary with the rocky mantle just under the Atlantic hemisphere. This may be causing irregular behavior of the magnetic field on the long timescales we found on Saint Helena.

Although there are still many questions about the exact cause of the irregular behavior in the South Atlantic, this study shows us that it has been around for millions of years and is most likely a result of geophysical interactions in the Earth’s mysterious interior.

Bottom line: Is Earth facing a magnetic pole reversal soon? Hear from the authors of a new study, on a strange anomaly that might be a clue.