Upheaval and extinctions linked to magnetic reversal 42,000 years ago

A magnetic reversal 42,000 years ago helped bring about earthly extinctions, scientists said, accompanied by changes in the sky including electrical storms and widespread auroras. “It would have been scary,” they commented.

A new international study suggests that a magnetic field reversal – combined with changing solar winds – contributed to an environmental crisis and mass extinctions 42,000 years ago. It happened around the time of the demise of the Neanderthals, an extinct human species that once roamed what’s now Europe, these scientists said, and it would have come with electrical storms, widespread auroras and an influx of cosmic radiation. One of the researchers in the video above commented:

… it would have been incredibly scary.

The study’s authors have named this catastrophic time period the Adams Transitional Geomagnetic Event, or Adams Event, a reference to a trope created by Douglas Adams, author of the comedy science fiction series The Hitchhiker’s Guide to the Galaxy. Adams famously wrote that 42 was the answer to:

… life, the universe and everything.

The University of New South Wales (UNSW) Sydney, and the South Australian Museum co-led the study, which was published on February 19, 2021, in the peer-reviewed journal Science. As Chris Turney of UNSW – a study co-author – explained in a statement:

Earth’s magnetic field dropped to only 0 to 6% strength during the Adams Event. We essentially had no magnetic field at all. Our cosmic radiation shield was totally gone. 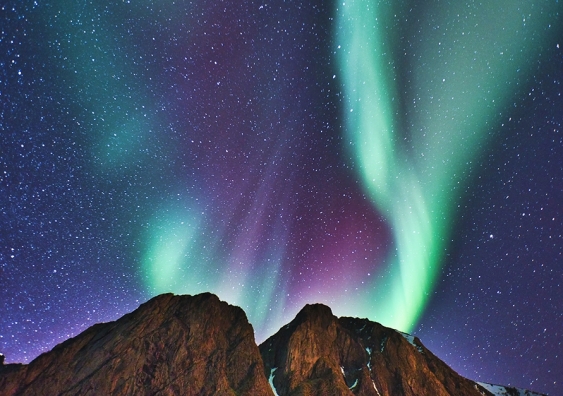 As the magnetic reversal of 42,000 years ago helped bring about earthly extinctions, these scientists said, the skies would have been lit by widespread auroras. These scientists suggest the reversal could help explain evolutionary mysteries, such as the extinction of Neanderthals. Image via Unsplash/ UNSW.

The results were dramatic. Solar flares and galactic cosmic rays ripped up particles in Earth’s atmosphere, ionizing the air and zapping the ozone layer. Our ancestors would have witnessed shocking light shows across the sky both day and night. Aurorae, normally confined to the polar regions, would have spread across the globe. The ionized air would have been a great conductor for electrical storms, increasing their frequency.

The turbulence occurring overhead – and the loss of UV protection from the ozone layer – might explain the sudden emergence of cave art as early humans retreated to caves for protection.

As Science magazine reported on February 18:

… the world was turned upside down – at least magnetically speaking. 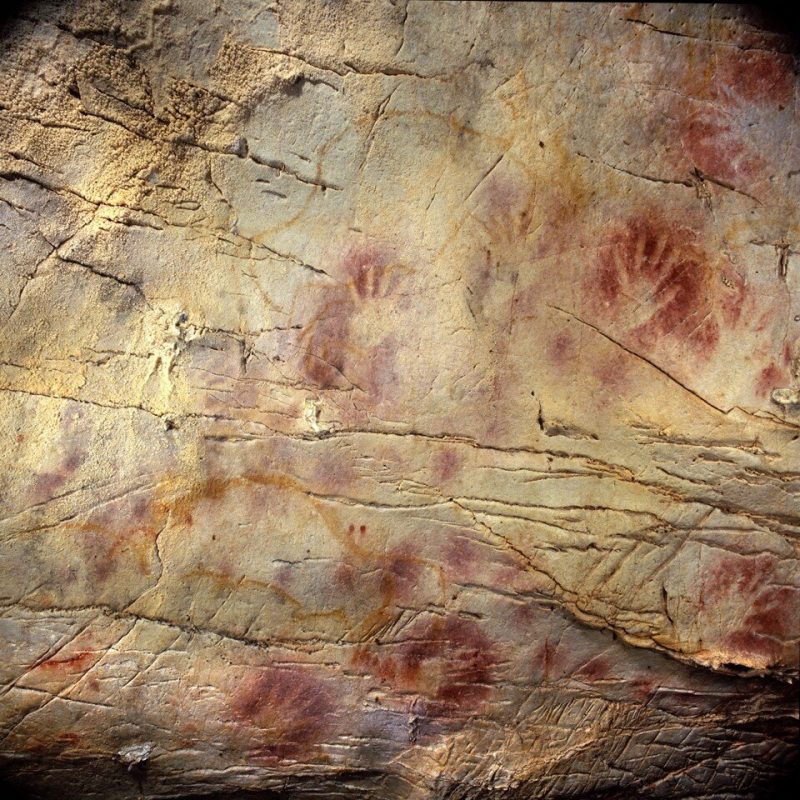 The oldest cave art known in Europe, around 42,000 years old, is in El Castillo cave in Spain. These red handprints may be related to an ancient form of sunscreen. Image via Paul Pettitt/ Gobierno de Cantabria/ UNSW.

Trees were the key to the mystery

The kauri tree, largest tree species in New Zealand, was the key to understanding this ancient environmental crisis. Sometimes called the God of the Forest, kauri trees make up some of the most ancient forests in the world. A 60-ton trunk from a kauri tree was found several years ago by workers breaking ground for a power plant in New Zealand. The tree, which had been preserved in a bog, turned out to be 42,000 years old and a valuable time capsule for scientists. Its rings spanned some 1,700 years and captured the magnetic reversal.

This brief magnetic reversal had been known before, but, previously, its earthly effects were thought to be mild. The event was discovered in the 1960s in the Laschamps lava flows in Clermont-Ferrand, France, made evident in magnetic studies of the ancient lava. This magnetic reversal was brief; it was what scientists called an excursion: not a lasting change in Earth’s magnetic field, but just a temporary change. As you may know, Earth’s magnetic north and south poles are not fixed or tied to Earth’s rotational axes. The magnetic poles wander and wobble and, occasionally, swap places entirely, as appears to have happened temporarily 41,000 to 42,000 years ago. This particular temporary switch lasted for about 800 years before reverting. It’s now called the Laschamps Event, or the Laschamp excursion. 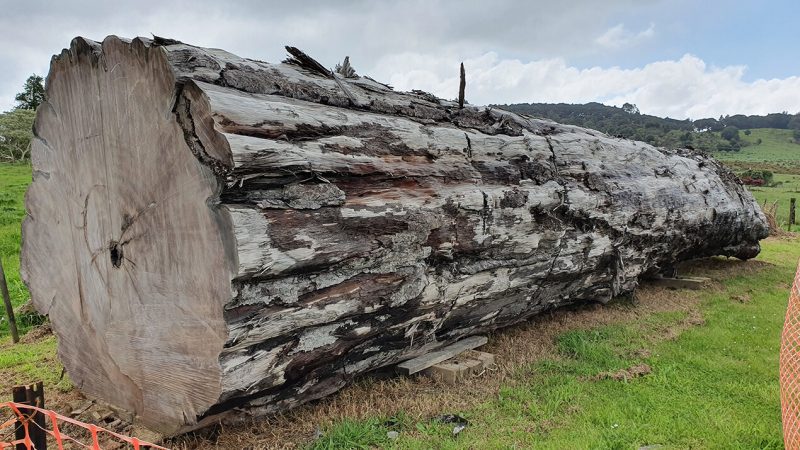 This ancient kauri log lived during the Adams Event. Image via Nelson Parker.

For the first time ever, we have been able to precisely date the timing and environmental impacts of the last magnetic pole switch. The findings were made possible with ancient New Zealand kauri trees, which have been preserved in sediments for over 40,000 years. Using the ancient trees we could measure and date the spike in atmospheric radiocarbon levels caused by the collapse of Earth’s magnetic field.

So the Laschamp Event refers to the magnetic pole reversal itself. The new term used by scientists in 2021 – the Adams Event – refers more broadly to effects on Earth during that time. Earth appears to have undergone an increase in aurorae, electrical storms and cosmic radiation, causing an increase in atmospheric radiocarbon levels. The researchers have tied these events to the extinction 42,000 years ago of megafauna across mainland Australia and Tasmania.

Scientists have done many studies about the breakdown during the Laschamp Event. The new study focused on the time period preceding the Laschamp Event, as the magnetic fields migrated across Earth to their opposite positions. The scientists found that this period is when earthly turmoil was at its greatest.

By studying the kauri tree, researchers were able to create a more detailed timeline of the Laschamp Event. As Alan Cooper of the South Australian Museum further explained:

The kauri trees are like the Rosetta Stone, helping us tie together records of environmental change in caves, ice cores and peat bogs around the world.

Could it happen today?

Modern society’s reliance on the electric grid and satellites has all the makings for a dystopian novel come to life, if incoming radiation destroys our sources of power and communication. The issue of climate change adds an extra element of disaster, according to Turney:

Our atmosphere is already filled with carbon at levels never seen by humanity before. A magnetic pole reversal or extreme change in sun activity would be unprecedented climate-change accelerants. We urgently need to get carbon emissions down before such a random event happens again.