Carbon from melting permafrost goes back to atmosphere

According to a new study, microbes eat the carbon and release it as CO2, where ends up back in the atmosphere and contributes to further warming. 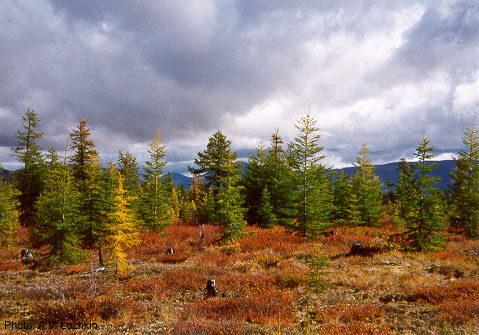 Deep layers of frozen soil and rock in the Arctic, known as permafrost, contain massive stores of ancient carbon that became trapped in the ground tens of thousands of years ago. As permafrost thaws across the Arctic in response to climate change, scientists have been busy trying to figure out just where the newly release carbon will go.

Now, a new study on streams and rivers in Siberia has found that aquatic microbes are voracious consumers of that carbon. After consuming the carbon, the microbes release it as CO2, where it will end up back in the atmosphere and contribute to further warming. The new research was published in an early online issue of Geophysical Research Letters on April 23, 2015.

Current estimates hold that the amount of permafrost carbon is equivalent to over three times the amount of carbon that is tied up in global forest biomass. Scientists are concerned that the release of permafrost carbon to the atmosphere as the Arctic warms may contribute to more warming in the region and beyond, which could lead to global effects such as sea level rise. 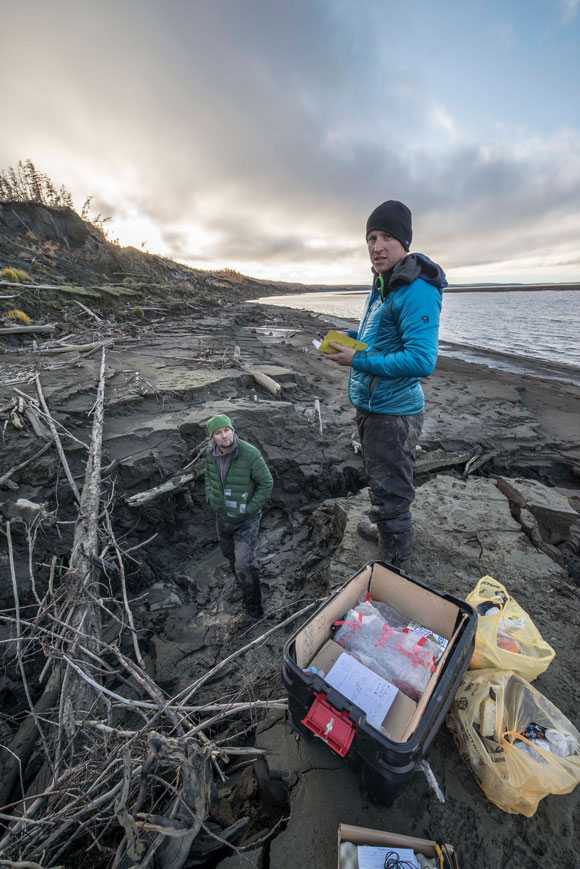 To study what happens to the permafrost carbon as the Arctic warms, a team of scientists from the U.S.A, Europe, and Russia took samples of the carbon as it entered a headwater stream nearby a soil thaw site and at a location much further downstream in the large Kolyma River in northeastern Siberia. The Kolyma River empties into the Arctic Ocean, and there was the possibility that much of the newly released carbon could have ended up being exported to the ocean. However, that is not what the scientists found. Instead, the carbon in the river was mostly modern carbon according to radiocarbon dates and other geochemical data. While the headwater stream was full of ancient carbon, aged at 21,000 to 22,100 years old, that carbon was not being transported far downstream. Apparently, microorganisms within the stream can readily make use of this carbon as a food source. The carbon is then respired in the form of CO2 and makes its way back to the atmosphere.

Robert Spencer, assistant professor of oceanography at Florida State University and lead author of the study, commented on the findings in a press release. He said:

When you have a huge frozen store of carbon and it’s thawing, we have some big questions. The primary question is when it thaws, what happens to it? Our research shows this ancient carbon is rapidly utilized by microbes and transferred to the atmosphere, leading to further warming in the region and therefore more thawing. So we get into a runaway effect.

Understanding the fate of permafrost carbon in the Arctic and the positive feedback cycles that can result when that carbon is released will be important for assessing future trends in Earth’s climate.

Bottom line: New research published in Geophysical Research Letters on April 23, 2015 shows that stream microorganisms are readily consuming ancient carbon that is being released from thawing permafrost in the Arctic. The carbon that they respire as CO2 is then entering the atmosphere where it may contribute to climate change.