Why Earth has 4 seasons

Some assume our planet’s changing distance from the sun causes the change in the seasons. That’s logical, but not the case for Earth. 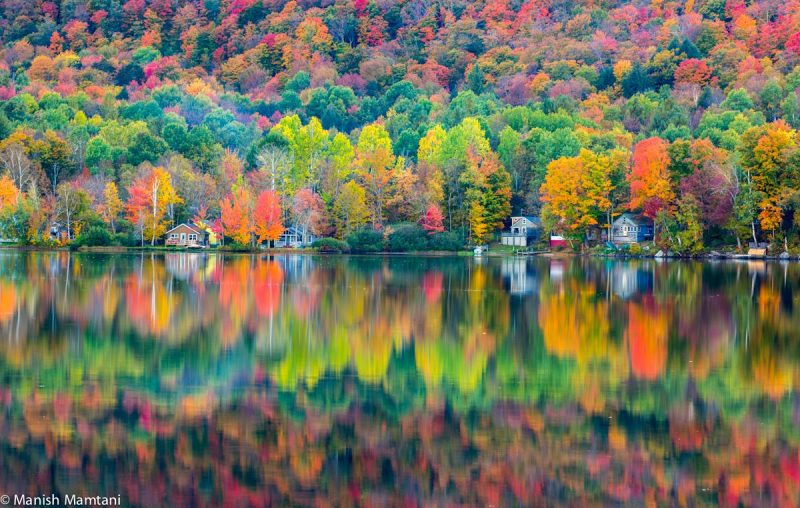 Today’s equinox signals the change of season, from summer to fall in the Northern Hemisphere and in the Southern Hemisphere from winter to spring. But why do Earth’s seasons change?

Some assume our planet’s changing distance from the sun causes the change in the seasons. That’s logical, but not the case for Earth. Instead, Earth has seasons because our planet’s axis of rotation is tilted at an angle of 23.5 degrees relative to our orbital plane, that is, the plane of Earth’s orbit around the sun.

The tilt in the axis of the Earth is called its obliquity by scientists. 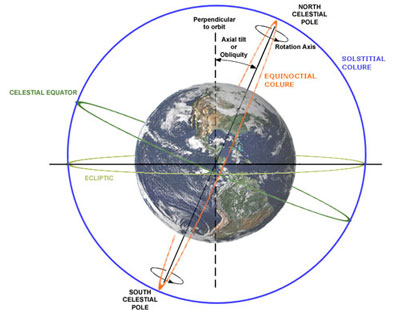 Over the course of a year, the angle of tilt does not vary. In other words, Earth’s northern axis is always pointing the same direction in space. At this time, that direction is more or less toward the star we call Polaris, the North Star. But the orientation of Earth’s tilt with respect to the sun – our source of light and warmth – does change as we orbit the sun. In other words, the Northern Hemisphere is oriented toward the sun for half of the year and away from the sun for the other half. The same is true of the Southern Hemisphere.

When the Northern Hemisphere is oriented toward the sun, that region of Earth warms because of the corresponding increase in solar radiation. The sun’s rays are striking that part of Earth at a more direct angle. It’s summer.

When the Northern Hemisphere is oriented away from the sun, the sun’s rays are less direct, and that part of Earth cools. It’s winter. 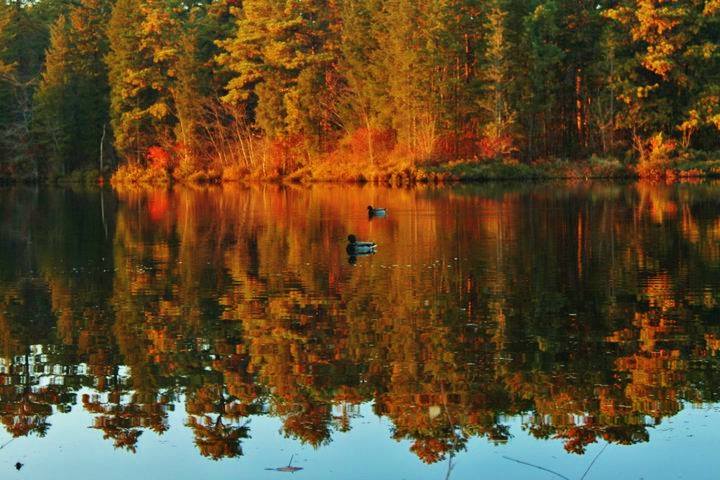 Autumn in New Jersey’s Pinelands, by our friend Jeanette York. She said this is her backyard.

The tilt in Earth’s axis is strongly influenced by the way mass is distributed over the planet. Large amounts of land mass and ice sheets in the Northern Hemisphere make Earth top-heavy. An analogy for obliquity is imagining what would happen if you were to spin a ball with a piece of bubble gum stuck near the top. The extra weight would cause the ball to tilt when spun.

Over long periods of geological time, the angle of Earth’s obliquity cycles between 21.1 and 24.5 degrees. This cycle lasts approximately 41,000 years and is thought to play a key role in the formation of ice ages – a scientific theory proposed by Milutin Milankovitch in 1930.

The Earth is currently decreasing in obliquity. Decreases in obliquity can set the stage for more moderate seasons (cooler summers and warmer winters) while increases in obliquity create more extreme seasons (hotter summers and colder winters). Glaciers tend to grow when the Earth has many cool summers that fail to melt back the winter snows. Remember, we’re talking about a 41,000-year cycle here, so these changes in obliquity are not the primary driver of Earth’s climate in the century ahead. Temperatures on Earth are influenced not just by obliquity, but also by many more factors which drive our complex climate system and the global temperatures we experience from year to year.

Other planets in our solar system also tilt at various degrees. Uranus rotates almost sideways at 97 degrees and has extreme seasons. The axial tilt on Venus is 177.3 degrees. Hence, Venus has very little in the way of seasons.

Earth’s distance from the sun does change throughout the year, and it’s logical to assume that an increase or decrease in a sun-planet distance could cause a cyclical change in the seasons. But – in the case of our planet – this change is too small to cause this change.

Our seasons change due to our planet’s angle of tilt – 23.5 degrees – relative to our orbit around the sun. If Earth did not tilt at all, but instead orbited exactly upright with respect to our orbit around the sun, there would be minor variations in temperature throughout each year as Earth moved slightly closer to the sun and then slightly farther away. And there would be temperature differences from Earth’s equatorial region to the poles. But, without Earth’s tilt, we’d lack Earth’s wonderful seasonal changes and our association of them with the various times of year – associating a fresh feeling in the air with springtime, for example.

It’s easy to imagine a planet that has a more pronounced change in its distance from its star as the planet orbits the star. Some extrasolar planets – planets orbiting distant stars – have been found with more extreme orbits. And even in our own solar system, for example, the planet Mars has a more elliptical orbit than Earth does. Its distance from the sun changes more dramatically through its year than Earth’s does, and the change in Mars’ distance from the sun does cause some more pronounced cyclical changes on this red desert world.

Bottom line: It’s logical to assume our planet’s changing distance from the sun causes the change in the seasons. But Earth’s distance from the sun doesn’t change enough to cause seasonal differences. Instead, our seasons change because Earth tilts on its axis, and the angle of tilt causes the Northern and Southern Hemispheres to trade places throughout the year in receiving the sun’s light and warmth most directly.