Sunwatchers are still tracking those 2 large sunspot groups making their way across the Earth-facing side of the sun. Then yesterday there was an X-flare! Watch for possible auroras. 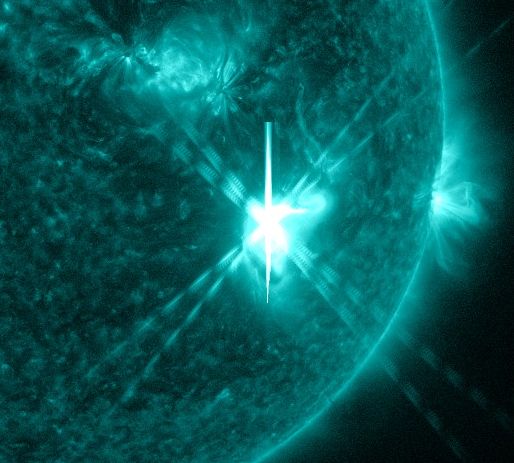 Sure, we’re headed toward solar minimum, but that didn’t keep the sun from acting up this week. Since last weekend, two gigantic sunspots – AR2673 and its pal AR2674 – have been seen from around the world by those using safe solar filters. They’ve been seen even with the (safely filtered) eye alone, making their way across the sun’s face. These Active Regions on the sun spawned multiple moderate (M-class) flares on September 4 and 5. Then yesterday – on September 6, 2017 – sunspot AR2673 erupted in a powerful X9.3-class solar flare, the strongest solar flare in more than a decade. Spaceweather.com reported the X-rays and UV radiation from the blast ionized the top of Earth’s atmosphere, causing a strong shortwave radio blackout over Europe, Africa and the Atlantic Ocean.

This morning, the Sun released the most powerful solar flare recorded since 2008. Here's what our satellite saw: https://t.co/mk2540AdtV pic.twitter.com/7hVektV682

This flare did cause radio blackouts. To learn more about how this event may affect Earth, visit @NWSSWPC. https://t.co/FWFegna3fW

In the process of emitting the flares, AR2673 also blasted a coronal mass ejection (CME) into space in Earth’s direction. It has already arrived, according to spacewather.com:

A CME struck Earth’s magnetic field during the late hours of September 6. So far the impact has done little to stoke strong geomagnetic activity. Another CME is on the way, however, and it is more potent, having been accelerated in our direction by yesterday’s powerful X9-class solar flare. NOAA forecasters say strong G3-class geomagnetic storms are possible on September 8 when the inbound CME arrives.

Reporting at skyandtelescope.com, Bob King wrote there may be a good shot at seeing the aurora borealis from the northern border states to as far south as Illinois and Oregon. But he said:

…the timing couldn’t be worse. It’s full moon and western skies are filled with smoke. A strong storm would likely still show up as bright arcs or balletic rays dancing across the northern sky. If AR2673 continues spouting flares, auroras could also appear later in the week, when the moon won’t be as much of a problem. That’s why I’d advise you to keep a lookout through the weekend.

Spaceweather.com agreed about watching for auroras through late week, adding:

Many readers are asking about the historic context of this event. How epic is it? Answer: This is a decade-class flare. A list of the most powerful solar flares recorded since 1976 ranks [the September 6] flare at #14, tied with a similar explosion in 1990. However, compared to the iconic Carrington Event of 1859, or even the more recent Halloween storms of 2003, this event is relatively mild. Modern power grids, telecommunications, and other sun sensitive technologies should weather the storm with little difficulty.

On the other hand, sky watchers could see some fantastic auroras before the week is over. And ham radio operators will surely be noticing strange propagation effects as the sun exerts its influence on our planet’s ionosphere. 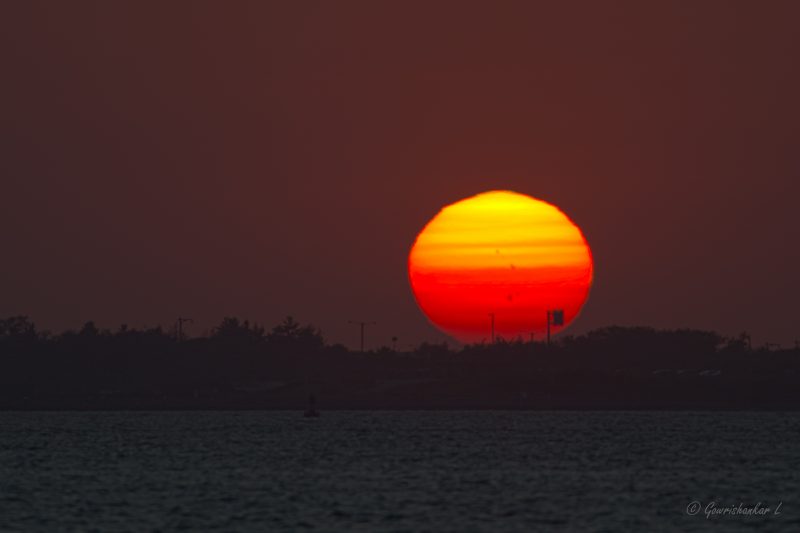 Gowrishankar Lakshminarayanan caught this image on September 4 and called it: “… a surreal sunset from Fire Island Lighthouse in Fire Island, New York. You can see the 2 giant sunspots – AR2673 and AR2674 – as the sun is setting.” The sunspots are visible to the eye, but you must use a safe solar filter. Your eclipse glasses will work! 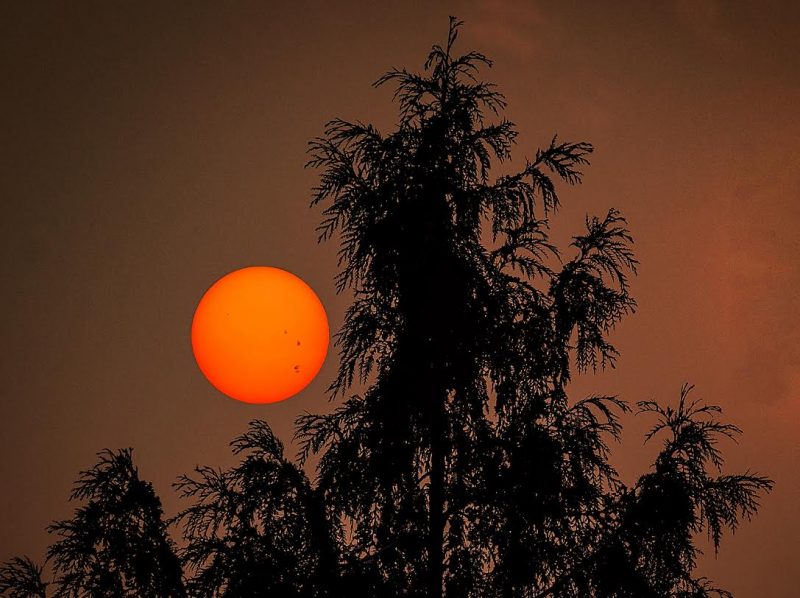 Remember, like Earth and all other bodies in space, the sun is rotating. The giant sunspots will soon rotate out of our view. Here they are on September 6, from Gary Peltz in Seattle.

Keep your #eclipse glasses, and you may be able to see the Sun's 'freckles' at some point! https://t.co/D51EqY8uEz pic.twitter.com/HADDTOUlX5

Bottom line: It’s been a week of giant sunspots and solar flares! Watch for auroras into this weekend.