Have you seen Venus yet?

Venus is returning to the west after sunset. We’re hearing reports of brief glimpses of it, low in the twilight. EarthSky community photos here! 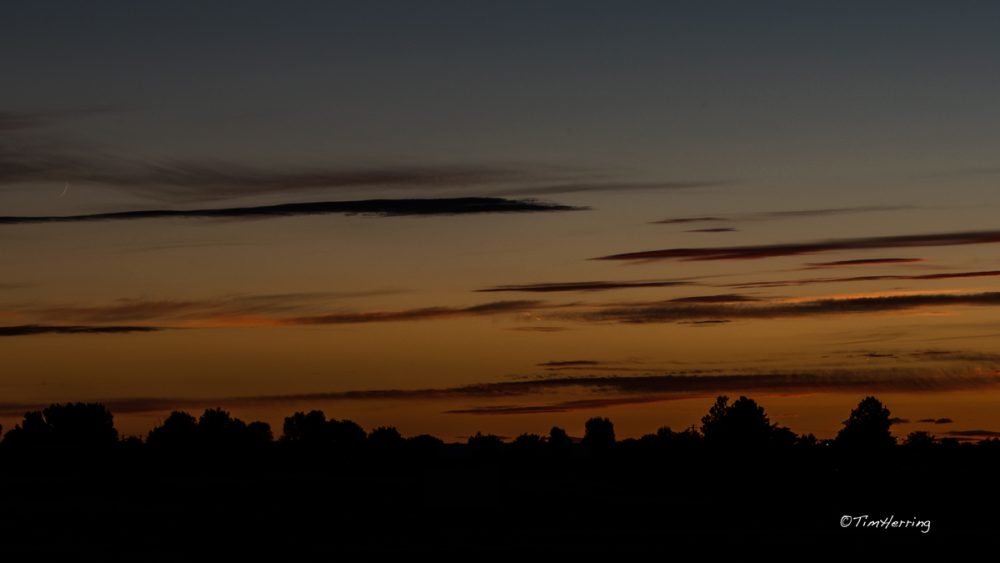 View larger. | Look for the very slim crescent moon on the middle-left and Venus on the lower-right, above the photographer’s name and the tree on the horizon. The lighted portion of the moon points toward Venus. Photo by Tim Herring.

Venus is coming back to the evening sky, after being behind the sun from Earth for about two months. People are beginning to catch it! Tim Herring, who captured the photo above on July 5, 2016 said he could see Venus only briefly with the eye and could “easily” find it using binoculars. He wrote:

After seeing your July 5 article on Venus and the moon, we hoped for a clear horizon at dusk. Clouds threatened all evening.

About 9:15 p.m. we seemed to catch a break. We drove to where we had a view of the horizon. After some searching we found Venus!

We also spotted Saturn, Mars and Jupiter… great practice for when all five are back in the sky later this month.

The view of Venus over the coming days is going to be tough, but you have the moon to guide you. Notice that the lighted portion of the waxing crescent moon points toward Venus … 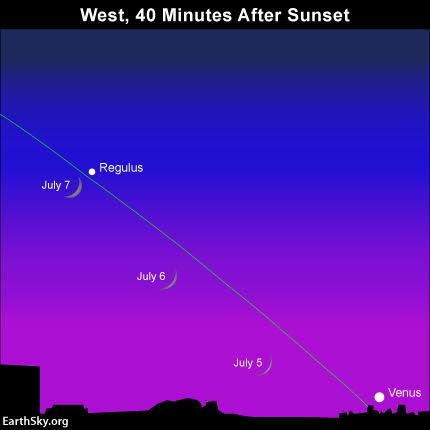 It’s possible (though not easy) to see Venus from both Earth hemispheres now. In fact, Helio C. Vital caught them on June 28 with a telephoto lens, from Rio de Janeiro, Brazil. Helio’s animated gif below shows Venus setting shortly behind the sun.

Venus setting in the west on June 28, captured via zoom lens by Helio C. Vital in Rio de Janeiro, Brazil. Venus was just 6 degrees from the sun on this date. Read more about this image.

Helio also caught the moon and Venus on July 4. Notice the angle of the moon with respect to the horizon in the photo below – taken from Rio de Janeiro – in contrast to Tim’s photo at the top of this post, taken from Idaho. In Rio now, the moon is more directly above the sunset … and that means Venus is, too. 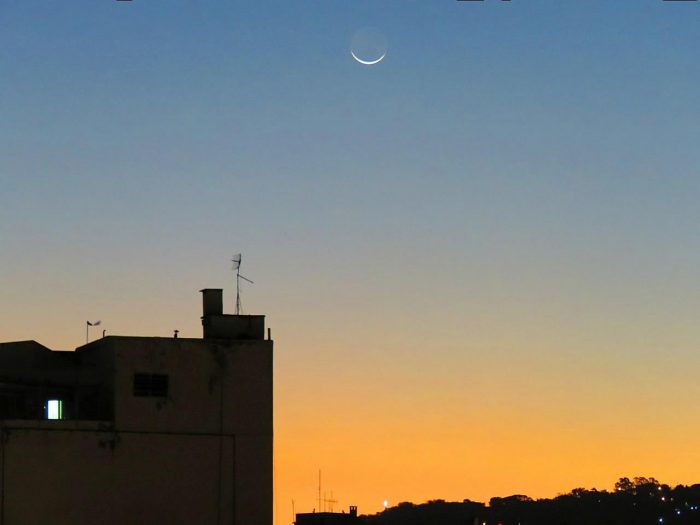 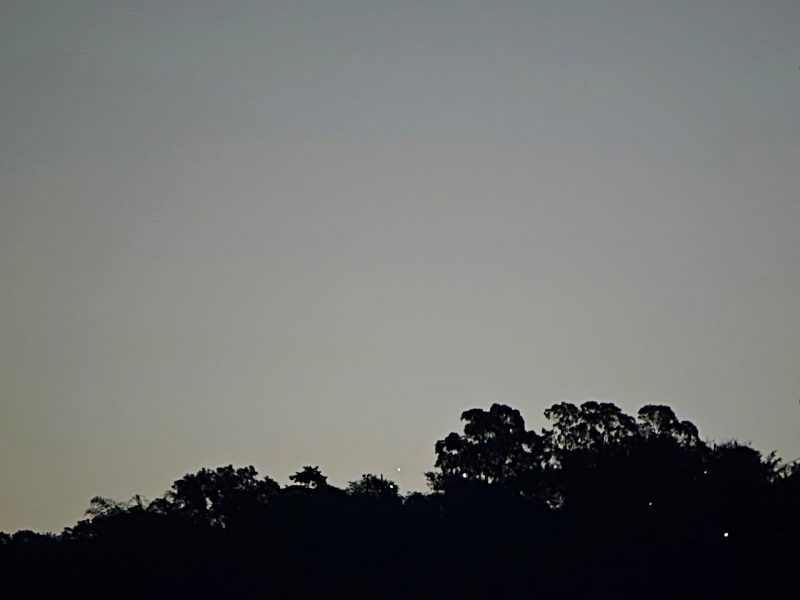 Bottom line: Photos from the EarthSky community of Venus and the moon, late June and early July, 2016. It’s tough, but possible. When will you see Venus? You ought to see it one evening, surprisingly bright for being so low in the sky, by about mid-July.