Don’t expect to see Venus with the eye yet. It’ll be back by mid-July, 2016. But it’s up there each evening twilight now, setting shortly behind the sun.

Venus setting in the west on June 28, just 6 degrees from the sun, captured via zoom lens by Helio C. Vital.

We’ve missed Venus these past two month, as it’s traveled in smaller, faster orbit behind the sun from Earth’s perspective. But Venus – the brightest planet – is coming back! Hello C. Vital in Rio de Janeiro, Brazil, told us he could not see Venus with the eye yet, but he did manage to capture it with a zoom lens on June 28. He wrote:

At sunset I started looking for Venus by staring at the LCD monitor of my Sony Cyber-shot DSC-HX300 camera using zoom values ranging from 50 to 150 times.

Surprisingly, after a 3-minute search only, I found it as a conspicuous dot, though it was not visible to the unaided eye.

The magnitude of Venus is currently -3.9 and it is still very close to the sun (only 6.07° away). The planet is returning from its superior conjunction and its distance of 257.6 million km [160 million miles] renders it a small apparent diameter of just 9.8 arcseconds.

Note that its apparent path forms an angle of 23° with respect to the vertical direction consistent with Rio`s tropical latitude.

All photos were processed with Photoscape to reduce noise, to adjust contrast and to create the animation. 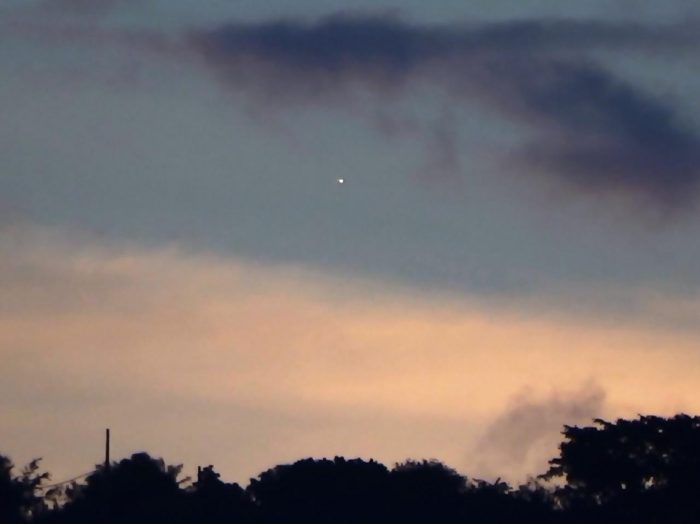 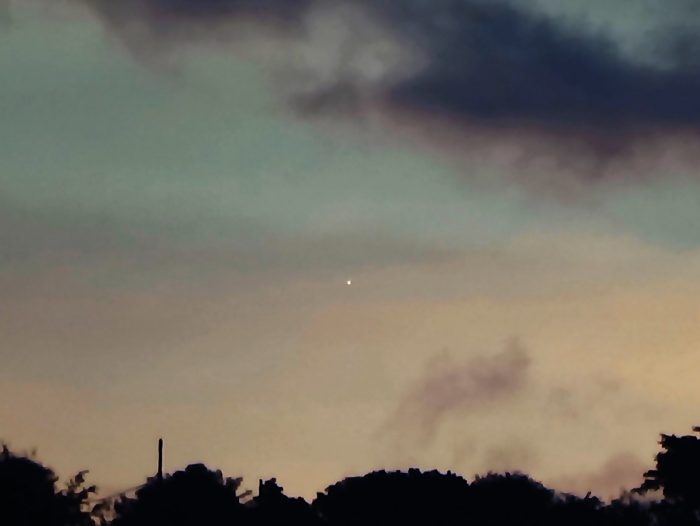 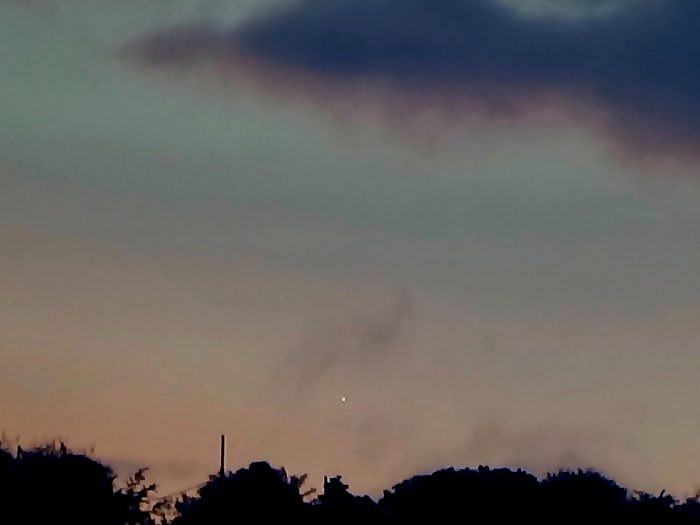 Nearly gone … but it’ll be back tomorrow evening, getting higher in the sky, farther from the sun, with each passing day. June 28 photo by Helio C. Vital.

Bottom line: Photos and animation of the brightest planet, Venus, setting behind the sun – only 6 degrees from the sun – on June 28, 2016.