The December 26, 2019, annular or ‘ring of fire’ solar eclipse was viewed across a narrow track that started at sunrise in Saudi Arabia and ended at sunset over the North Pacific Ocean.

Get the details of this annular solar eclipse here.

View at EarthSky Community Photos. | Progression into and out of yesterday’s annular eclipse, from Tumon Bay, Guam. Eliot Herman reported: “It was a beautiful day in Guam to observe the eclipse mostly clear blue skies with a little marine haze on the coast. These images were captured with a Questar telescope and a Nikon D850 camera using a Baader solar filter.” Thank you, Eliot! 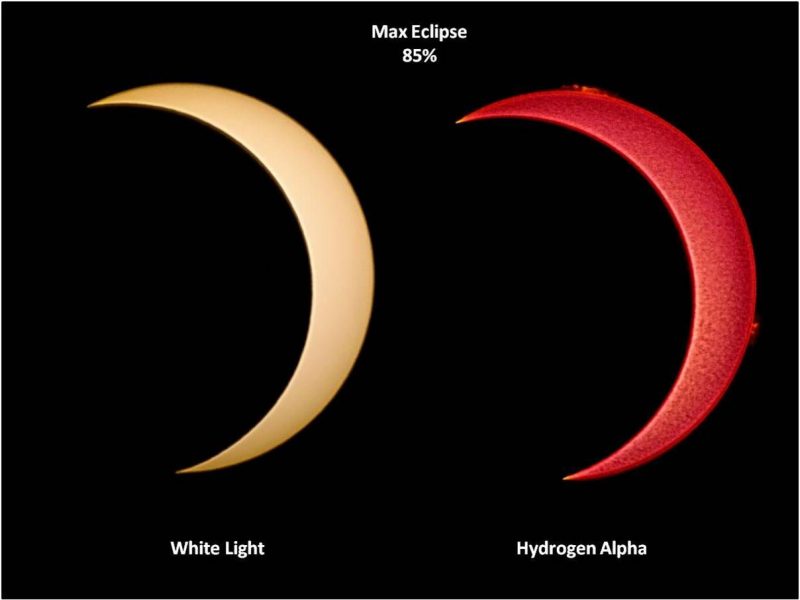 View at EarthSky Community Photos. | Dr Ski at Valencia, Philippines, wrote: “The sun at maximum coverage from my location.” Thank you, Dr Ski! 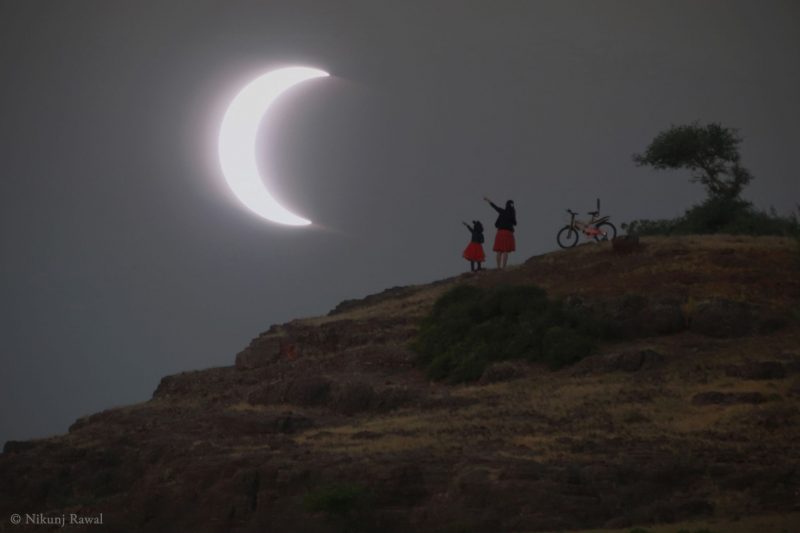 View at EarthSky Community Photos. | Nikunj Rawal wrote from Jamnagar, Gujarat, India: “… 73% maximum eclipse at 09:17 a.m. at Jamnagar, India on December 26. Was worth experience to witness and capture the phenomenon using a long-focal-length telephoto lens with well planned preparations of 2 weeks on top of the Gop Hills Mountain. The annular phase of this solar eclipse was not visible here, unlike South Indian states. This sequence is a combination of 2 consecutive exposures taken with the same camera using the same settings — one taken of the landscape and another of the background of sun using 3.8mm Baader filter.” Thank you, Nikunj! 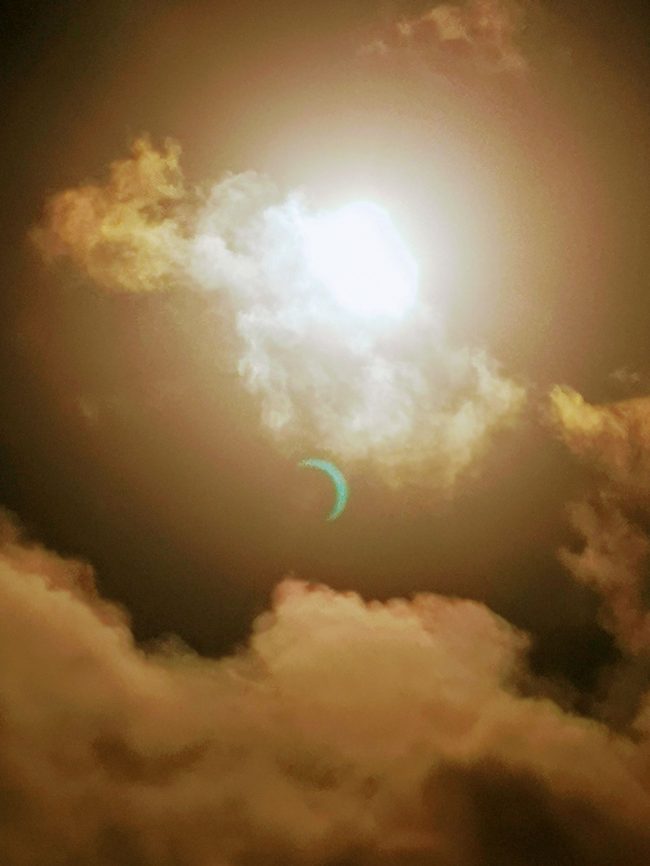 View at EarthSky Community Photos. | Kandaswamy Natarajan wrote from Chennai, Tamilnadu, India: “This morning solar eclipse clicked through my Huwaei mobile camera.” Note that the sun is much too bright to show the eclipse, but Kandaswamy captured it via the lens flare – an internal reflection from his camera – on the photo. Thank you, Kandaswamy! 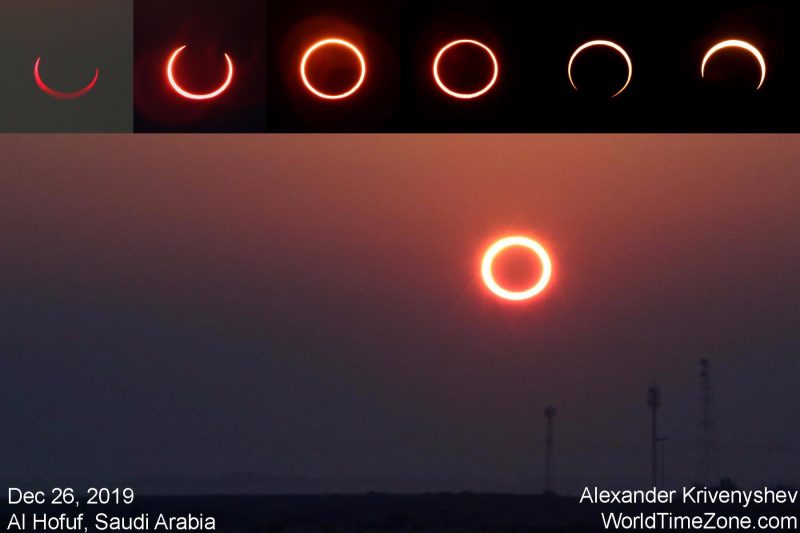 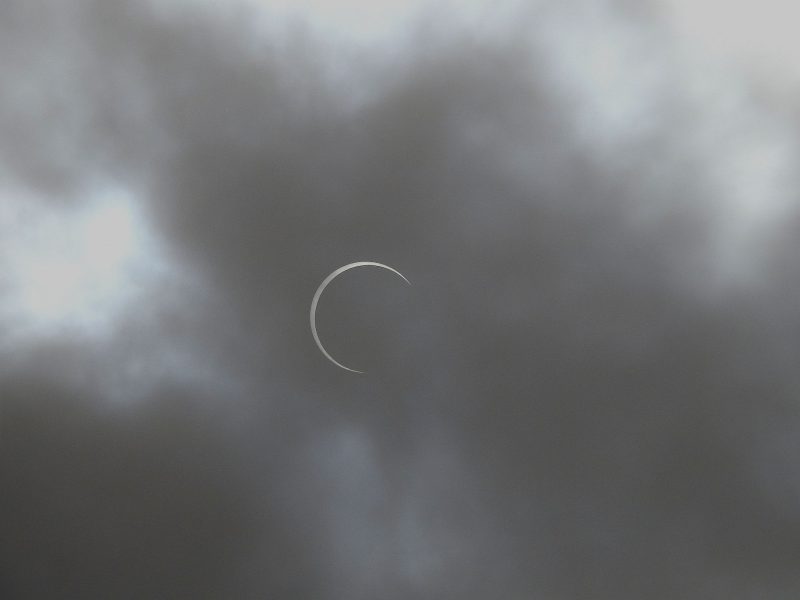 View at EarthSky Community Photos. | Kannan A wrote from Singapore: “On this day – December 26, 2019 – in Singapore, we got to see the annular solar eclipse. It was a very rare moment on this day which coincided with Boxing Day and the 15th anniversary of the 2004 Tsunami in Banda Aceh. During the maximum phase of the eclipse, the clouds formed momentarily allowing stargazers to view the eclipse without the use of specialized equipment, but with precautions taken to protect the eyes. In the north of Singapore, Woodlands, however, I did not get to see the ring of fire but got a pleasant Christmas C!” Thank you, Kannan A! 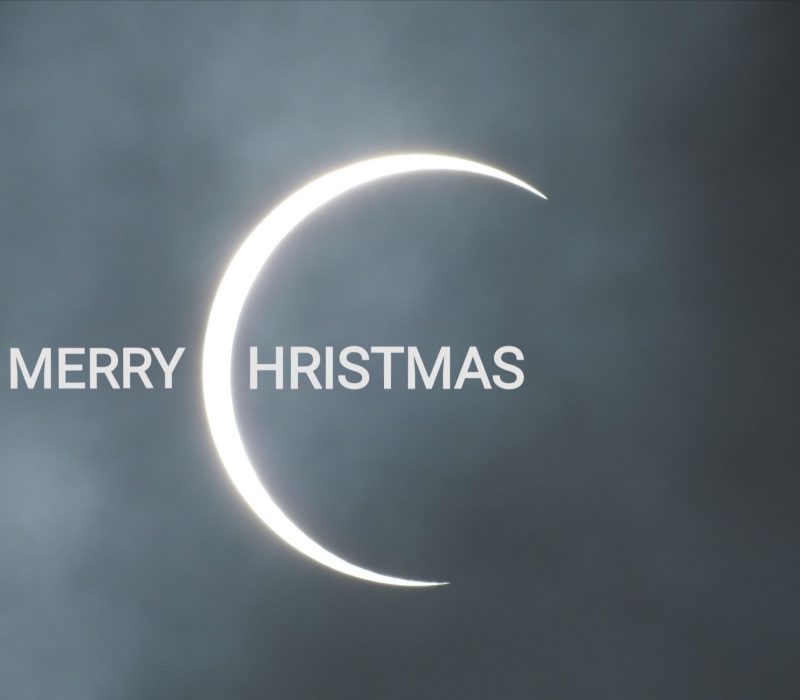 View at EarthSky Community Photos. | A final word from Kannan A! Thank you!

Bottom line: Photos from the EarthSky Community of the December 26, 2019, annular or “ring of fire” solar eclipse. The annular eclipse was viewed across a narrow track that started at sunrise in Saudi Arabia and ended at sunset over the North Pacific Ocean. Outside that track, many more viewed a partial eclipse.

Get the details of this annular solar eclipse here.