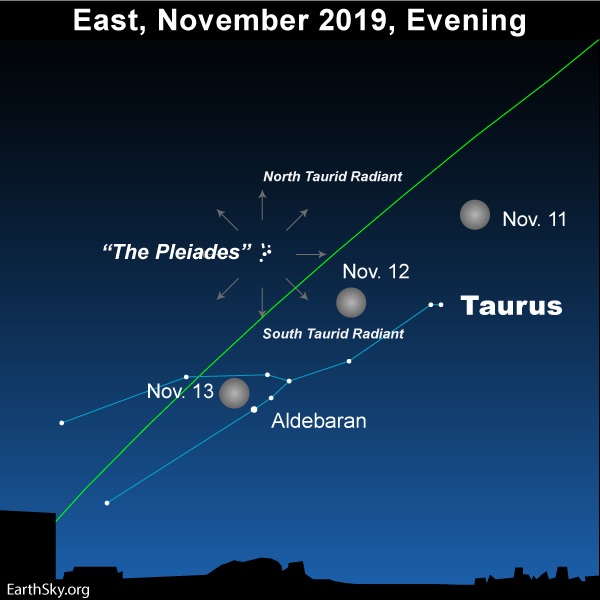 The full moon is sweeping through Taurus around November 11-13, 2019. On the same evenings, the North Taurid meteor shower – which radiates from this constellation – is reaching its peak.

Full moon comes on November 12, 2019, as the moon is sweeping through the constellation Taurus the Bull. As viewed from all parts of Earth, the full moon will light up the nighttime from dusk until dawn. This bright moon comes at the wrong time for meteor-watching enthusiasts, because – on the evening of November 11, into the morning of November 12 – the long-lasting North Taurid meteor shower also reaches a peak.

Although the moon might look full to the eye for two to three nights in a row, astronomers say the moon is truly full at a well-defined instant. Full moon occurs when the moon is precisely 180 degrees opposite the sun in ecliptic longitude. In other words, the elongation between the moon and sun is 180 degrees at full moon.

Visit unitarium.com to find out the present moon-sun elongation, remembering that a positive number refers to a waxing moon, whereas a negative number indicates a waning moon. 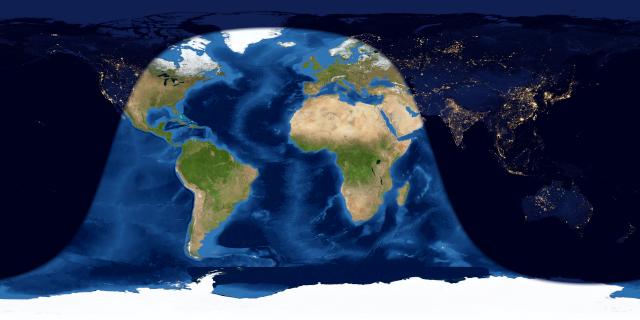 Bottom line: Full moon comes on November 12, 2019, as the moon is sweeping through the constellation Taurus the Bull. This full moon comes on the peak night of the North Taurid meteor shower.