What is the moon’s terminator line?

The moon’s terminator is the dividing line between day and night on the moon. As we see it from Earth, it marks the line of lunar sunsets or sunrises. Earth and other worlds in our solar system have terminator lines, too. 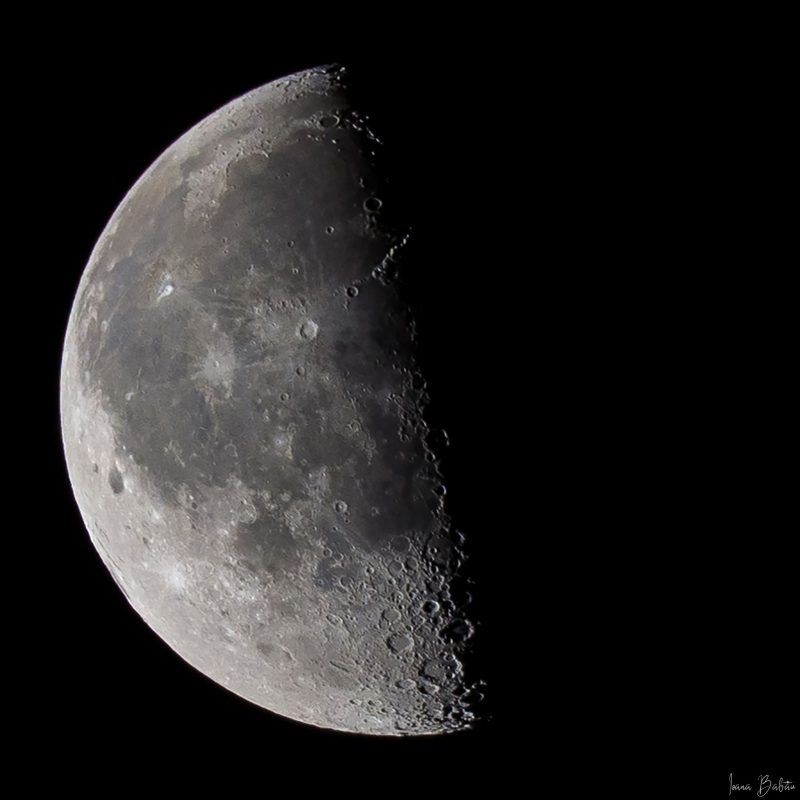 View at EarthSky Community Photos. | Ioana Babau in Oradea, Romania, captured this photo of the moon’s terminator link – the line between light and dark on the moon – on November 8, 2020.

The moon’s terminator is the dividing line marking the edge between day and night on the moon. It’s sometimes called the twilight zone, because it marks where the sun is either rising or setting on the moon and so – along the terminator line – the moon’s landscape is in a twilight state. Want to see lunar features more clearly through binoculars or a small telescope? Look along the terminator line. That’s where the contrast between light and shadow reveals the moon’s topography in stark relief. Mountains tower over the lunar regolith – the loose dust, broken rocks, and other materials covering most of the moon’s surface – while craters sink away from their rocky ledges.

The terminator isn’t fixed on the moon, of course. It creeps across the moon’s surface, with the change in its location noticeable in just hours to those peering at the moon through telescopes. A day on the moon lasts 29.5 Earth-days. The moon’s terminator moves a bit slower than 10 miles per hour (16 kph) across the moon’s surface, a pace that seems almost glacial when you consider that, for those at the equator on Earth, our world’s terminator flashes across its surface at about 1,000 mph (1,600 kph). If you set your treadmill at a 10-mile-per-hour (16 kph) pace to reflect the speed of the moon’s terminator, you could jog (or, more likely, run) and see if you’d be able to keep up with the sweep of nightfall across the moon. You’d have to run at a pace that equals about a 6-minute and 15-second mile (for reference, the fastest runner’s record for 1 mile is 3 minutes, 43 seconds).

As we see it from Earth, the moon’s terminator marks the line of lunar sunsets or sunrises. As the moon orbits eastward around Earth, the sunrise terminator crosses our satellite, creating the familiar phases we recognize as crescent, first quarter, gibbous, and finally full. On a full moon, we see no terminator at all, because the side of the moon facing us is completely lit. After the full stage, the sunset terminator takes the moon through the phases in reverse: gibbous, last quarter, crescent, and finally new moon, when no light illuminates the surface.

Seasoned astronomers know that observing the moon during its full stage is a washout. The moon is super bright, its surface brilliant but bland, and your night vision is ruined by peering through a telescope at such a blazing light. On the other hand, the waning and waxing moon phases provide a detailed study of the moon’s surface one night at a time over the course of two weeks.

One popular feature that is seen in its “best light” by the terminator is the lunar Straight Wall. The Straight Wall, also known as Rupes Recta, is a fault line that lies inside Mare Nubium, a basin in the southern portion of the moon. The Straight Wall is one of those details on the moon that can all but disappear except for when the terminator highlights its striking shadow on the eighth day past new moon. If you hunted down Rupes Recta and it was a cinch to find, try for the smaller Rima Birt running parallel nearby. 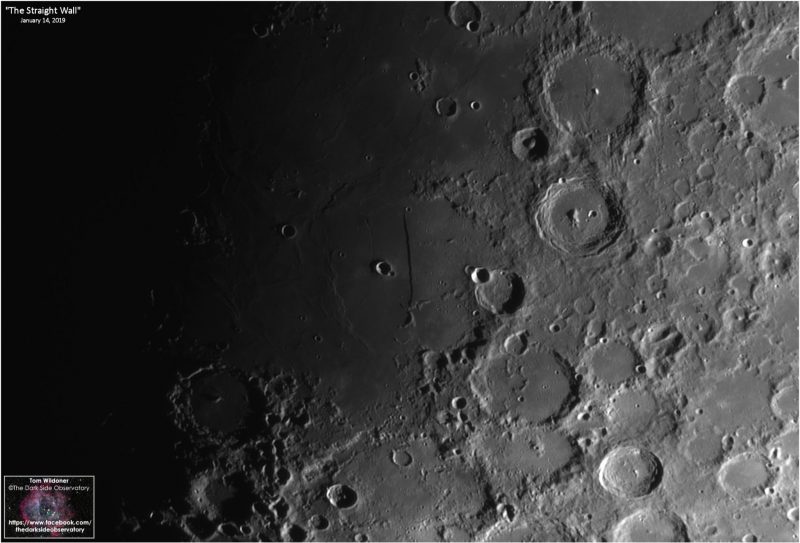 View at EarthSky Community Photos. | Tom Wildoner in Weatherly, Pennsylvania, captured this photo of Rupes Recta on the moon on January 14, 2019. He wrote: “Rupes Recta, a linear fault line, or rille, appears as a straight shadow during the 1st quarter phase of the moon giving it the nickname the Straight Wall. This fault has a length of about 68 miles (110 km). The small (11 miles or 18 km wide) crater Birt lies just to the west.”

Even the more obvious lunar features, from the craters Copernicus and Eratosthenes to Montes Apenninus, still benefit from timing your viewing to when the terminator will best put these changes in elevation in contrasting light. 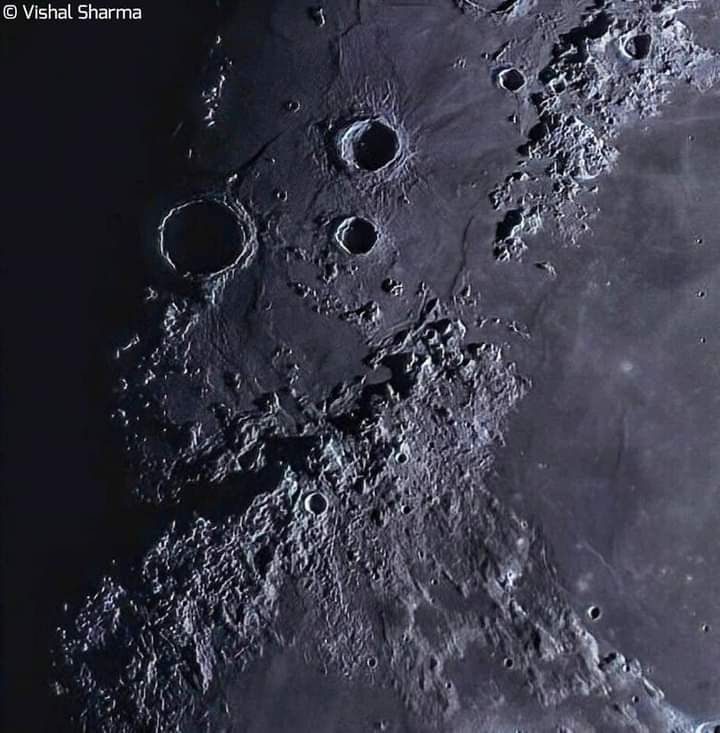 But wait! The moon isn’t the only solar system object to display a terminator.

Any planet and satellite with an external source of light, such as sun, can display a terminator.

Inferior planets, those that are inside Earth’s orbit, more markedly show the terminator and phases. So, for example, on Earth we can see Venus and Mercury’s phases, while any Martians on Mars can see Earth’s phases and its terminator line.

Amateur astronomers are familiar with the phases of Venus, because they are readily visible through binoculars or a telescope. Venus’s disk looks larger and like a crescent when it is closer to Earth and smaller and like a gibbous phase when it is farther away.

Mercury’s nearness to the sun means that its atmosphere has been blown away by the solar wind, and therefore the terminator line’s separation between day and night causes a severe swing in temperature. When the sun beats down on the daytime side of Mercury, temperatures at the surface soar to over 400 degrees Celsius (800 degrees Fahrenheit). But just across the terminator’s border on the night side, temperatures plummet to -183 degrees Celsius (about -300 F).

Bottom line: The terminator line – on Earth’s moon and other planets and moons in space – is caused by sunlight falling on the surfaces of these worlds. It’s the line dividing night and day on the moon and other solar system objects.