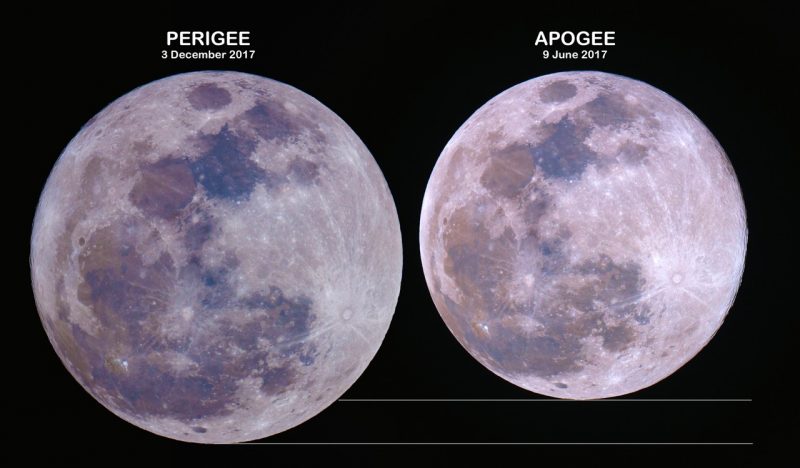 Lunar perigees and apogees in 2018

Amazingly, in periods of four years, lunar apogees and perigees fall on the same, or nearly the same calendar dates. Let’s look four years ahead, to the year 2022:

Lunar perigees and apogees in 2022

Also, in cycles of two years, the calendar dates remain the same, or nearly so, except that the lunar apogees and perigees trade places. For instance, let’s look two years beyond 2018, to the year 2020:

Lunar apogees and perigees in 2020

This animation by Peter Lowenstein in Zimbabwe contrasts the size of the May 27, 2017 waxing crescent moon, which was close to Earth, with the June 9, 2017 full moon, which was far from Earth. Read more about this image.