What are Messier objects?

Messier objects is the blanket name for the 103 deep-sky objects that are contained in the list drawn in the 18th century by the French astronomer Charles Messier, plus seven 20th century additions which bring the total to 110. Deep-sky objects, in turn, refer to astronomical bodies that are not discrete sources of light like…read more »

Messier objects is the blanket name for the 103 deep-sky objects that are contained in the list drawn in the 18th century by the French astronomer Charles Messier, plus seven 20th century additions which bring the total to 110. Deep-sky objects, in turn, refer to astronomical bodies that are not discrete sources of light like stars or planets, but rather appear in the sky as fuzzy, nebulous patches.

The Messier objects can all be classified in three broad categories, as either nebulae, star clusters or galaxies, and the complete list of 110 objects is commonly known as the Messier Catalog.

The Messier objects and the stargazer

The Messier objects are customarily named after their number on the original catalog compiled by Charles Messier; for example, the Pleiades Star Cluster is listed as number 45, and is thus addressed as Messier 45 or just M45. Actually most Messier objects have also been assigned common names, some of which—like the Pleiades—are even familiar to the non-stargazing public.

The Messier objects can all be observed with a small telescope (e.g., 3 inches or 75 millimeters in diameter), and a few are even visible using only binoculars or the unaided eye. This makes the Messier objects ideal as a program of astronomical observation for a beginning stargazer.

Around March every year a special circumstance comes into play: The entire set of 110 Messier objects, minus perhaps one—Messier 30, a globular cluster in the constellation Capricornus—becomes visible during the course of a single night, starting at sunset and ending at sunrise the following day. Stargazers around the world take advantage of this coincidence to carry out the so-called Messier marathons, where participants use telescopes or binoculars in an attempt to pocket as many objects as possible throughout 12 continuous hours of darkness. Anyone achieving a result of 100 or better is considered a winner.

The highlight objects listed below can be seen anywhere from Earth—with the exception of Antarctica and the southern tip of South America—from November through February, in the early evening hours.

Messier 45, the Pleiades Star Cluster—also known as the Seven Sisters, and a part of the constellation Taurus—is perhaps the best known of the Messier objects. A tight group of six or seven stars that can be discerned with the unaided eye even under moderate light pollution, the Pleiades have been recognized since Antiquity by people around the world and are recorded in classical texts.

Messier 42, the Orion Nebula, is another well-known object from the Messier Catalog. This cloud of gas and dust where new stars are being formed at this very moment, is located in its homonymous constellation. Even under moderate light pollution, the nebula can be seen with the unaided eye as a small patch of light that marks the central “star” of the sword of Orion.

Messier 31, the Andromeda Galaxy, completes the trio of Messier highlights. This system of stars, gas and dust, can be seen with the unaided eye as a small patch of light, but only under darker skies. A part of the constellation Andromeda, this object was studied in 1922-23 by the astronomer Edwin Hubble, who measured its distance and placed the system outside the confines of our own Galaxy.

A bit of history

The irony with the Messier objects lies in the fact that Charles Messier never intended to compile a list of deep-sky objects, as such. Being a comet hunter who would go on to discover 13 comets, Messier was rather interested in cataloging nebulous objects that could be potentially mistaken with comets, which also appear as visually diffuse bodies. The importance of comets in the 18th century had to do with their orbits, which at the time were successfully used to validate Newton’s theory of universal gravitation. But nowadays, Messier is remembered more for his deep-sky objects than for his comets.

Out of the 110 objects that are accepted today, 41 were discovered by Messier himself. The first edition of the catalog came out in 1774, containing only 45 objects; successive editions expanded the list, and a final edition which appeared in 1781 brought the total to 103 objects. Astronomy writer Camille Flammarion—also a Frenchman—added object number 104 based on original notes from Messier, and later additions from other astronomers brought the total to 110 in 1967.

Messier lived and worked in Paris, France, at a latitude of 49 degrees north, meaning that he only had access to the entire northern celestial hemisphere, plus a section of the southern hemisphere comprising approximately half its area. This explains why he missed such notable southern objects like the globular cluster Omega Centauri, or the Eta Carinae Nebula, which are not counted within the Messier objects.

A nice reference for a stargazer who enjoys regular access to a telescope is a book titled The Messier Objects, now in its second edition. Written by the renowned amateur astronomer Stephen James O’Meara, this reference work includes over a hundred drawings by pencil which illustrate the true visual appearance of the Messier objects, as seen from Hawaii using small refracting telescopes.

A similar reference—available primarily in Spanish, with some English—would be the Visual Messier Catalog by Puerto Rican amateur astronomer Juan Luis Martínez, a website that has been available since the year 2000. Like O’Meara with his book, Martínez opted to present his own telescopic drawings instead of photographs. The website can be found here: http://www.astronotas.org/messier/

Last but not least, NASA has compiled a beautiful photographic gallery comprising the 96 Messier objects that have been observed so far by the Hubble Space Telescope (as of June 2018). The gallery can be seen here: http://www.nasa.gov/content/goddard/hubble-s-messier-catalog 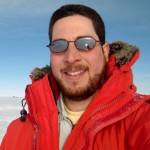