All globular star clusters are impressive, but Omega Centauri’s in a class by itself. Sparkling with 10 million stars, it’s the Milky Way’s largest globular. 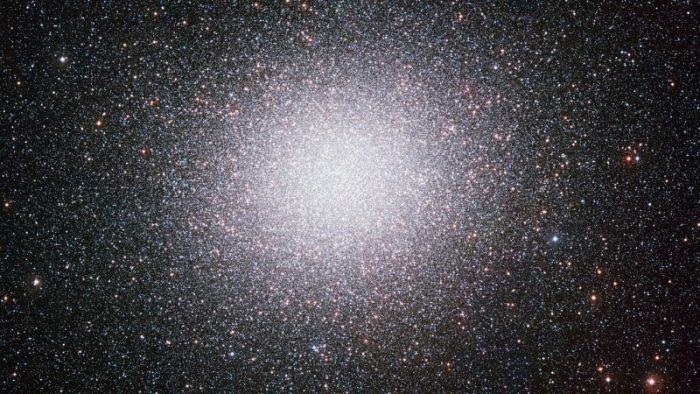 Having a mass of 5 million suns, Omega Centauri is 10 times more massive than a typical globular cluster. Omega Centauri has a diameter of 230 light-years. It’s a stellar city sparkling with perhaps 10 million stars. Globular clusters generally have stars of similar age and composition. However, studies of Omega Centauri reveal that this cluster has different stellar populations that formed at varying periods of time. It may be that Omega Centauri is a remnant of a small galaxy that merged with the Milky Way. 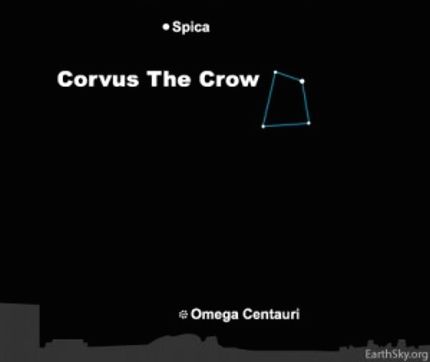 Spica, the brightest star in the constellation Virgo, serves as your guide star to the Omega Centauri globular star cluster. When Spica is highest up for the night, so is Omega Centauri!

How to see Omega Centauri. Omega Centauri – the Milky Way galaxy’s largest and most luminous globular star cluster – is far to the south on the sky’s dome. It’s visible from the southern half of the United States, or south of 40 degrees north latitude (the latitude of Denver, Colorado). Canadians hasten to remind us that they can spot Omega Centauri from as far north as Point Pelee in Canada (42 degrees latitude). When seeing conditions are just right, they can catch the Omega Cenaturi star cluster skimming along the surface of Lake Erie, they say.

From the Southern Hemisphere, Omega Centauri appears much higher in the sky and is a glorious sight.

Around mid-May, this wondrous star cluster is highest up and due south around 11 p.m. local daylight saving time.

By mid-June, Omega Centauri is highest up and due south around 10 p.m. local daylight saving time.

Northern Hemisphere residents can see Omega Centauri from January through April as well, but they must be willing to stay up past midnight or to get up before dawn.

Spica, the brightest star in the constellation Virgo, serves as your guide star to Omega Centauri. When Spica and Omega Centauri transit – appear due south and reach the highest point in the sky – they do so in unison. However, Omega Centauri transits about 35 degrees south of (or below) sparkling blue-white Spica. For reference, your fist at arm’s length approximates 10 degrees of sky. Find Spica’s transit time for your sky at this U.S. Naval Observatory page, or follow the arc in the handle of the Big Dipper to find Spica.

Use the search function in Stellarium-Web.org to locate sky objects as viewed from your location 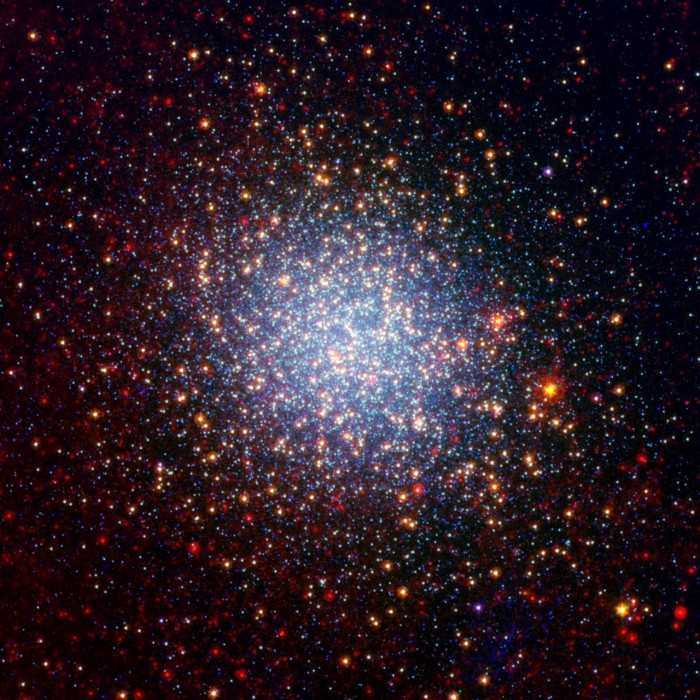 An open star cluster is a loose gathering of dozens to hundreds of young stars within the disk of the Milky Way galaxy. Open clusters are weakly held together by gravity, and tend to disperse after several hundreds of millions of years.

Globular clusters orbit the Milky Way outside the galactic disk. They harbor tens of thousands to millions of stars. Tightly bound by gravity, globular clusters remain intact after 12 billion years.

Generally, open clusters visible to the unaided eye are hundreds to a few thousand light-years away. In contrast, globular clusters are generally tens of thousands of light-years distant.