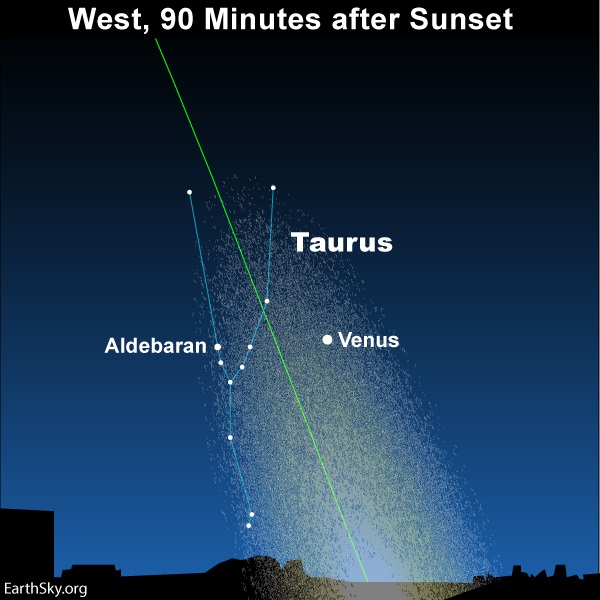 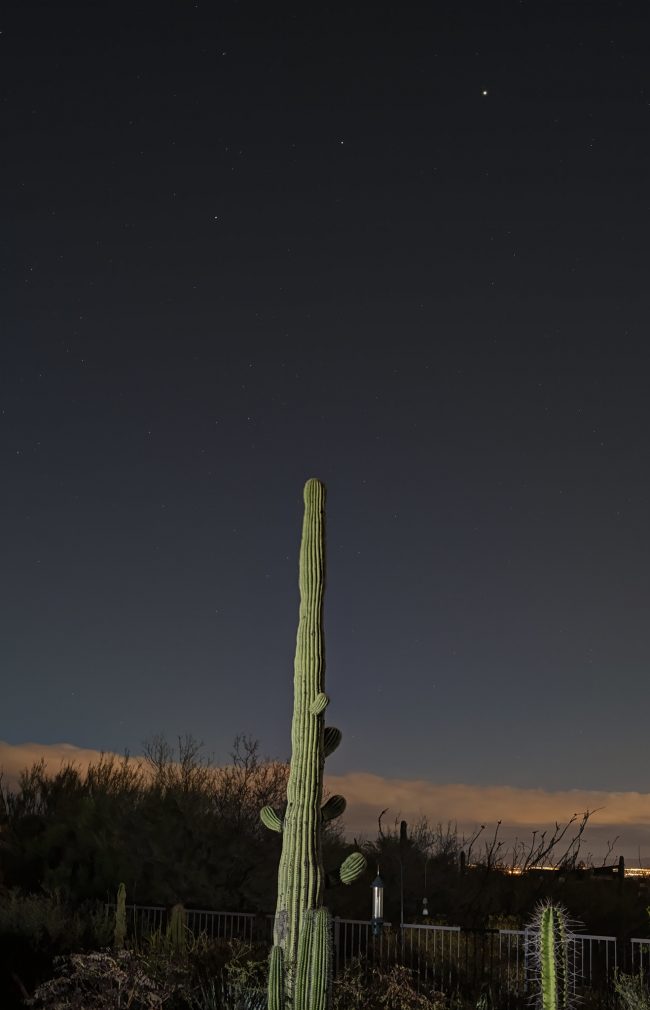 View at EarthSky Community Photos. | This is the morning sky, looking southeast to south before sunup from Tucson, Arizona. See the arc of 3 starry points at the top of this image? Eliot Herman caught Mars (left), Saturn (middle) and Jupiter (right and brightest) on April 9, 2020. Read more about this photo at Eliot’s Flickr page. The moon will be passing this way soon. Read more: Moon, 3 planets, before daybreak April 14-16, 2020 Want your own view in your own specific sky? Try Stellarium.

Since the March equinox is the Southern Hemipshere’s autumn equinox, right now is the best time for southerners to spot the zodical light in the eastern sky, before the first traces of dawn begin to light it.

Since the recent March equinox is the Northern Hemisphere’s spring equinox, right now is the right time for northerners to spot the zodiacal light in the western sky after all traces of evening twilight have disappeared. Look westward, in the direction of sunset, some 80 to 120 minutes after sundown.

From the Southern Hemisphere … your best chance to spot the zodiacal light is in the morning sky now. Look for it in the east before sunup if you live at southerly temperate latitudes – or better yet, wait until around April 14-16, 2020, when the moon will have waned a bit and will be passing the planets before sunup. The zodiacal light and the moon near Saturn, Mars and Jupiter in 2020 … that would be a nice photo is you could catch it!

Zodiacal light is visible to our eye because it is composed of interplanetary dust particles that reflect the light of the sun. Because these dust particles circle the sun in nearly the same plane that Earth does, the zodiacal light is always seen running astride the ecliptic – Earth’s orbital plane projected onto the constellations of the zodiac. 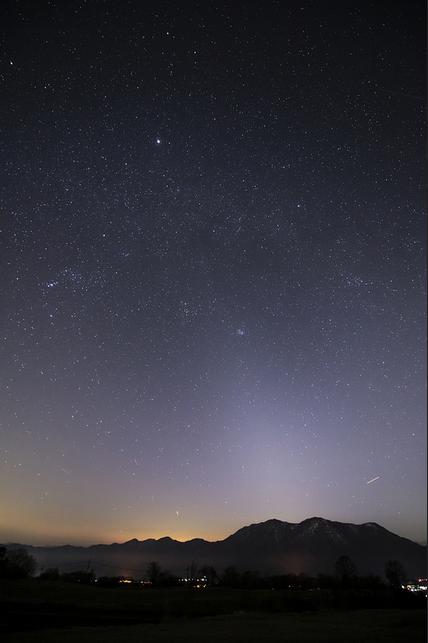 Zodiacal light photo by Noriaki Tanaka, taken on March 23, 2014. Your sky in early April will look somewhat similar to this. Look closely and you might see the constellation Orion to the left of center. The tip of the cone brushes against the Pleiades star cluster. The bright object to the upper left is the planet Jupiter, when it was in front of the constellation Gemini. In 2020, Jupiter shines before sunup.

Bottom line: For some weeks before and after the March equinox, the glowing pyramid of light known as the zodiacal light is best seen in the west after sunset from the Northern Hemisphere, and the east before dawn from the Southern Hemisphere.

Read more: It’s time to watch for the zodiacal light