Watch for false dawn or dusk 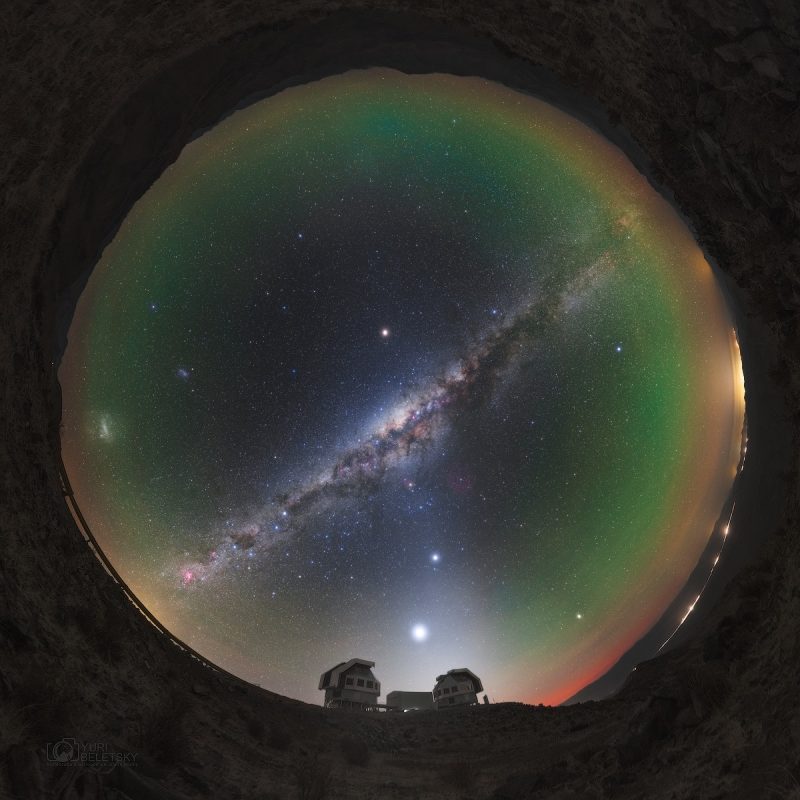 The September equinox came on September 23, 2019, and the moon is new on October 28. That combination makes these next few weeks ideal for seeing the zodiacal light, also known as the false dawn. If you’re in the Northern Hemisphere, look east, about an hour before the light of true dawn.

Southern Hemisphere? Your spring equinox was September 23, and the moon phase, of course, is the same for all of us. But you’re more likely to see zodiacal light in the evening now, as Yuri Beletsky did (see photo, top of post). Look west about an hour after the sun goes down.

You need a dark sky location to see the zodiacal light, someplace where city lights aren’t obscuring the natural lights in the sky. The zodiacal light is a pyramid-shaped glow in the east before dawn (or after twilight ends in the evening). It’s even “milkier” in appearance than the starlit trail of the summer Milky Way.

From the Northern Hemisphere now, the zodiacal light can be seen for up to an hour or so before true dawn begins to break. Look for it about 120 to 80 minutes before sunrise. It also lingers that long after evening twilight ends. Unlike true dawn or dusk, though, there’s no rosy color to the zodiacal light. 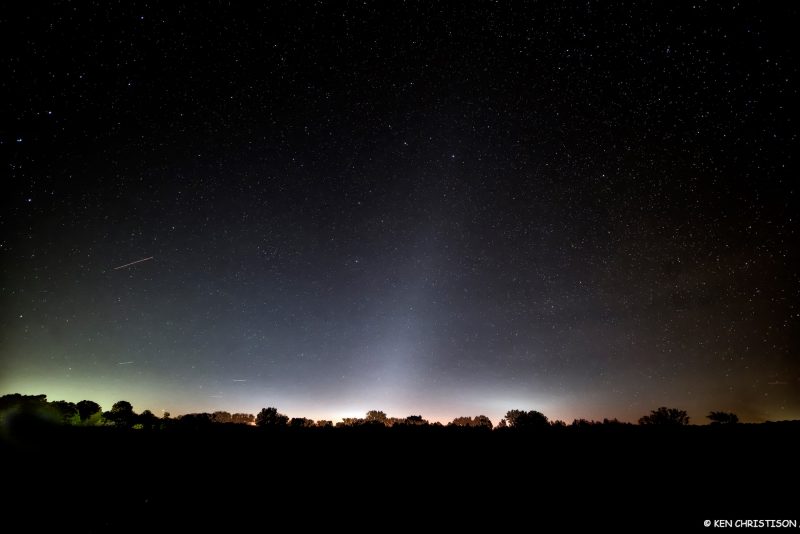 View larger. Ken Christison of North Carolina, USA, caught the zodiacal light (false dawn) on October 28, 2019, at 6:23 a.m. EDT. Because Regulus, the brightest star in the constellation Leo the Lion, sits almost exactly on the ecliptic (center line of the zodiac), the tip of this cone of light points right at the bright star Regulus. Thank you Ken!

The reddish skies at dawn and dusk are caused by Earth’s atmosphere, and the zodiacal light originates far outside our atmosphere. When you see the zodiacal light, you are looking edgewise into our own solar system. The zodiacal light is actually sunlight reflecting off dust particles that move in the same plane as Earth and the other planets orbiting our sun.

This light can be noticeable and easy to see from latitudes relatively close to Earth’s equator – for example, like those in the southern U.S. You might see it while driving a lonely highway far from city lights, mistaking the zodiacal light for the lights of a city or town just over your horizon.

Meanwhile, skywatchers in the northern U.S. or Canada sometimes say wistfully that they’ve never seen it, although in recent years we’ve seen many photographs of the zodiacal light taken from those northerly latitudes.

Read more: Everything you need to know about zodiacal light or false dawn

Here’s the evening zodiacal light in March as captured on film in Canada. This wonderful capture is from Robert Ede in Invermere, British Columbia.