Watch for the young moon as it first appears in bright western twilight on August 1 or 2, 2019. By August 3, 4 and 5, the young moon is a beautiful sight for all to see in the west after sunset.

Most everyone in the world’s Eastern Hemisphere – and even a good deal of the world’s Western Hemisphere – won’t spot this month’s young moon until August 2, 2019. Then – as the chart above shows – day by day, the moon will be a waxing crescent in the west after sunset, showing more of its day side in our sky and staying out longer each successive evening after sunset.

As for moon sightings on August 1 … some in western North America or islands in the Pacific might catch the exceedingly thin crescent very shortly after sunset. For example, as seen from Seattle, Washington, the young moon will be only about 1.7 percent illuminated as it sets some 48 minutes after the sun on August 1.

Seeing the moon on August 1 will be a challenge. You’ll need an unobstructed horizon in the direction of sunset. You might also want to bring along your binoculars to help you to tease out the whisker-thin moon from the bright haze of evening twilight.

After all, the new moon happens on August 1, 2019, at 03:12 UTC; translate UTC to your time. At that instant of new moon, according to astronomers’ definitions, the old moon becomes a young moon again, as the moon transitions out of the morning sky and into evening sky.

The simulated image below – via the U.S. Naval Observatory – shows the width of the crescent moon as seen from Seattle, Washington, on August 1.

Visit the Sunrise Sunset Calendars site to find out when the sun and moon set in your sky, remembering to check the moonrise and moonset box. The setting times presume a level horizon. 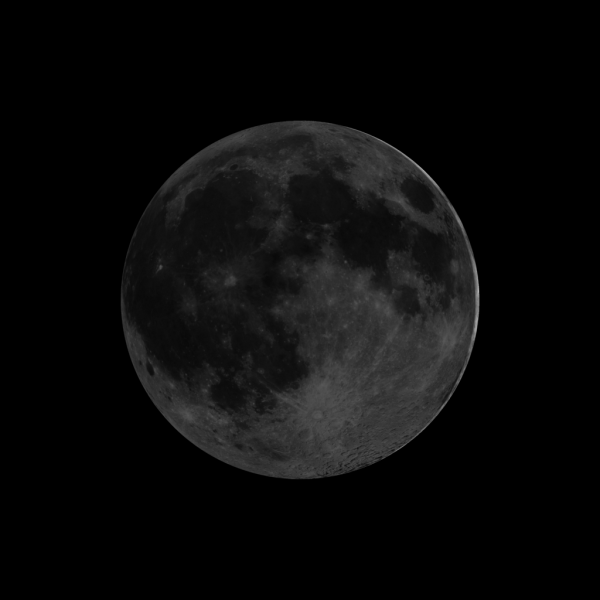 Simulated image of the young moon on August 1, 2019, as seen from Seattle, Washington. 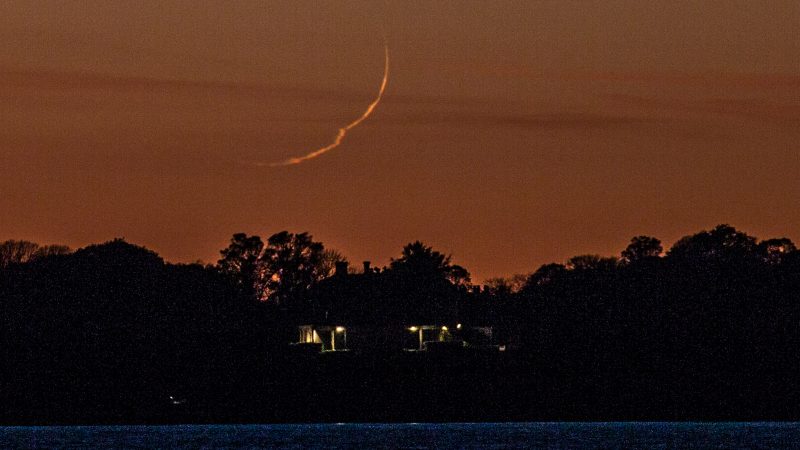 Young moon refracted by the atmosphere as it nears the horizon – October 20, 2017 – by Mike Cohea.

Day by day, as the moon in its orbit moves farther away from the sun in our sky, the moon will be higher up at sunset and will stay out longer after dark. Moreover, the waxing moon’s illuminated side will continue to grow. Thus on August 3, 4 and 5, the moon will be easily visible to all, a lovely sight in the western twilight sky.

On all of these evenings – August 1 to 5, 2019 – watch for the soft glow of earthshine on the dark side of the crescent moon. Earthshine is twice-reflected sunlight. Consider that – when we see the moon as a thin sliver in our sky – people standing on the moon’s near side would be gazing at a nearly full Earth. A bright Earth lights up the nighttime side of the moon in much the same way that a bright moon lights up the nighttime terrain here on Earth. And that bright glow – sunlight that has bounced off Earth and is now bouncing off the moon’s dark side – is earthshine. Watch for it in the evenings ahead. 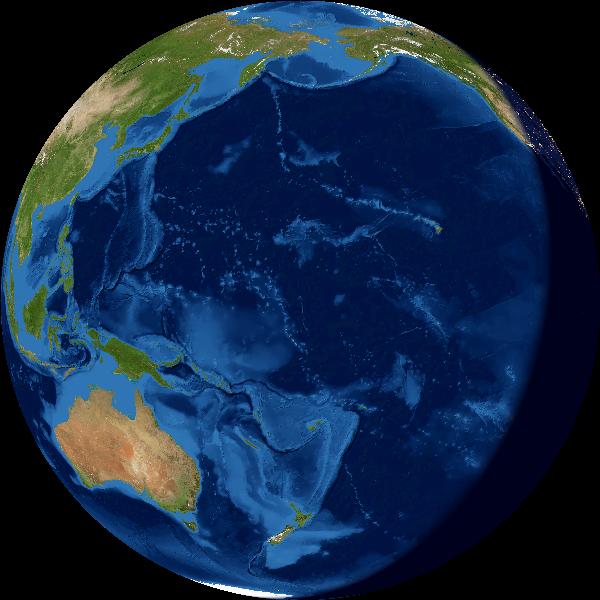 Simulation of the nearly full Earth, as seen from the moon, as the sun sets over North America exactly 3 days after new moon (August 3, 2019, at 8:12 p.m. PDT – or August 4, at 3:12 UTC). This almost-full waning gibbous Earth will be casting its light on the dark side of a slender crescent moon seen in Earth’s sky. Thus, from Earth, the moon’s darkened portion will shine with the soft glow of earthshine. Image via Fourmilab’s EarthView.

Bottom line: Watch for the young moon as it first appears in the western evening sky in early August 2019.