What exactly is twilight?

Twilight is that magical time between daylight and darkness. Astronomers, the experts on nighttime, recognize 3 twilights. 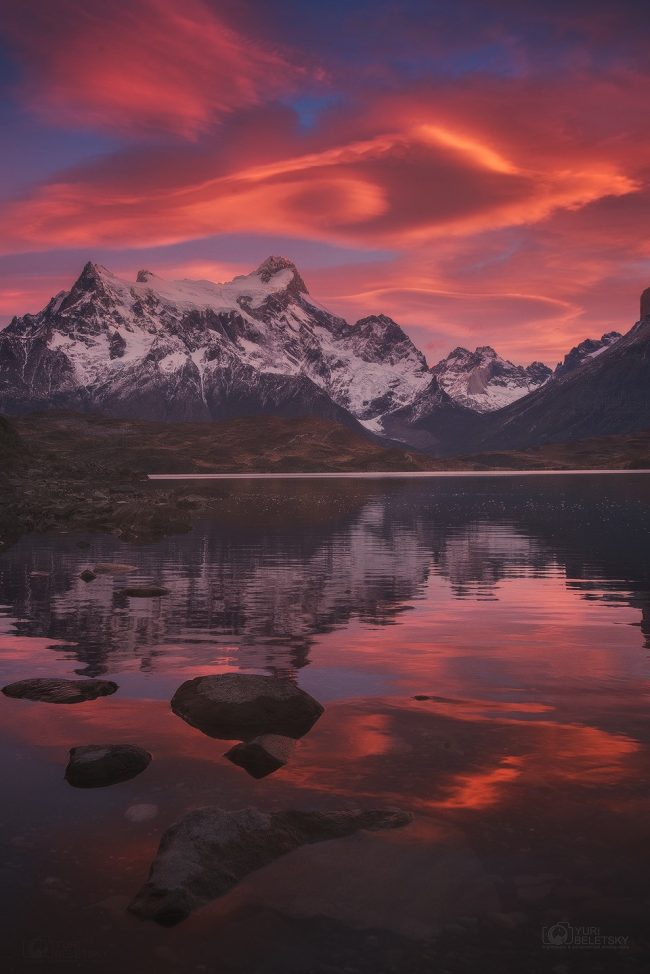 Photographer Yuri Beletsky wrote: “We were absolutely thrilled to witness truly amazing burst of colors over the mountains in Torres del Paine national park in Chilean Patagonia. The colorful moment lasted just few minutes, but it was quite spectacular indeed. At some point we had a feeling that the whole scene was flooded with soft red glow coming from the sky. I hope you’ll enjoy the view!”

You can define twilight simply as the time of day between daylight and darkness, whether that’s after sunset, or before sunrise. It’s a time when the light from the sky appears diffused and often pinkish. The sun is below the horizon, but its rays are scattered by Earth’s atmosphere to create the colors of twilight.

We have twilight because Earth has an atmosphere. Some light scatters through small particles in the atmosphere – so there’s still some light in the sky even after the sun has gone down.

This time of day is important for a lot of reasons to many people – for example, astronomers, who are waiting for true darkness to fall so they can begin their observations. So some more strict definitions have evolved on the subject of twilight. 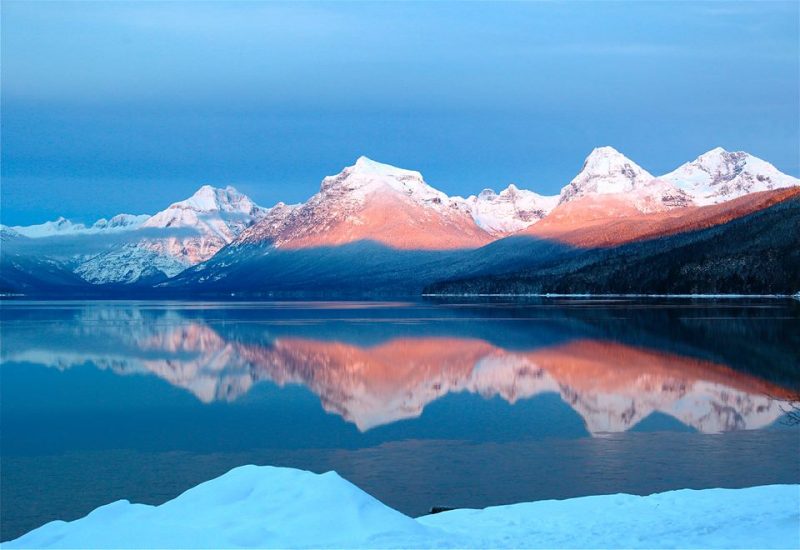 Civil twilight. It starts as soon as the sun dips below the western horizon. There’s enough light to see, but people turn on their lights to drive a car, and the streetlights are starting to come on. Civil twilight officially ends when the sun is six degrees below the horizon.

Nautical twilight. It begins when it’s fairly dark outside. By definition, nautical twilight ends when a distant line of a sea horizon stops being visible against the background of the sky – about when the sun is 12 degrees below the horizon. And even then some people still call it twilight. 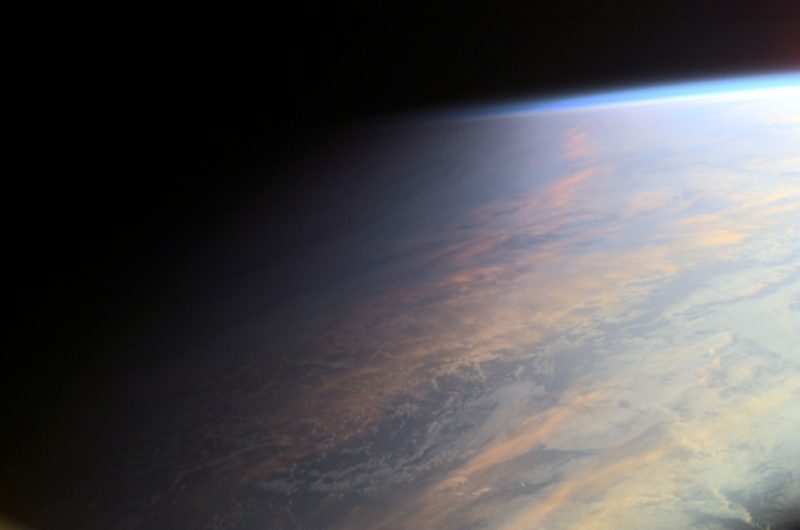 This image of twilight on Earth viewed from space is a single digital photograph from June of 2001 via the International Space Station orbiting at an altitude of 211 nautical miles. The sun illuminates the scene from the right. The cloud tops reflect gently reddened sunlight filtered through the dusty troposphere, the lowest layer of the planet’s nurturing atmosphere. Image via ISS Expedition 2 Crew, Gateway to Astronaut Photography of Earth, NASA.

If you could see twilight from outer space, you’d find that it isn’t marked by a sharp boundary on Earth’s surface. Instead, the shadow line on Earth – sometimes called the terminator line – is spread over a fairly wide area on the surface and shows the gradual transition to darkness we all experience as night falls.

The image above – from the International Space Station (ISS) – shows twilight from an altitude of 211 nautical miles. Cloud tops reflect reddened sunlight filtered through Earth’s troposphere, the lowest layer of our planet’s atmosphere. 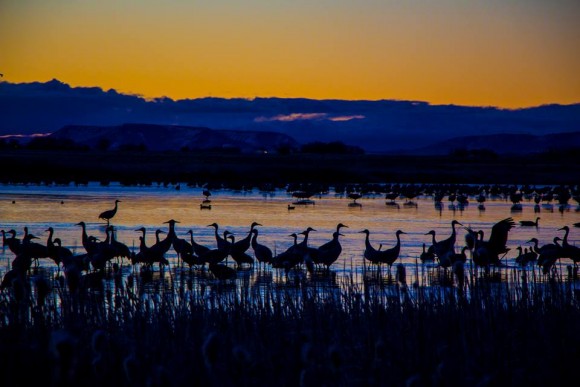 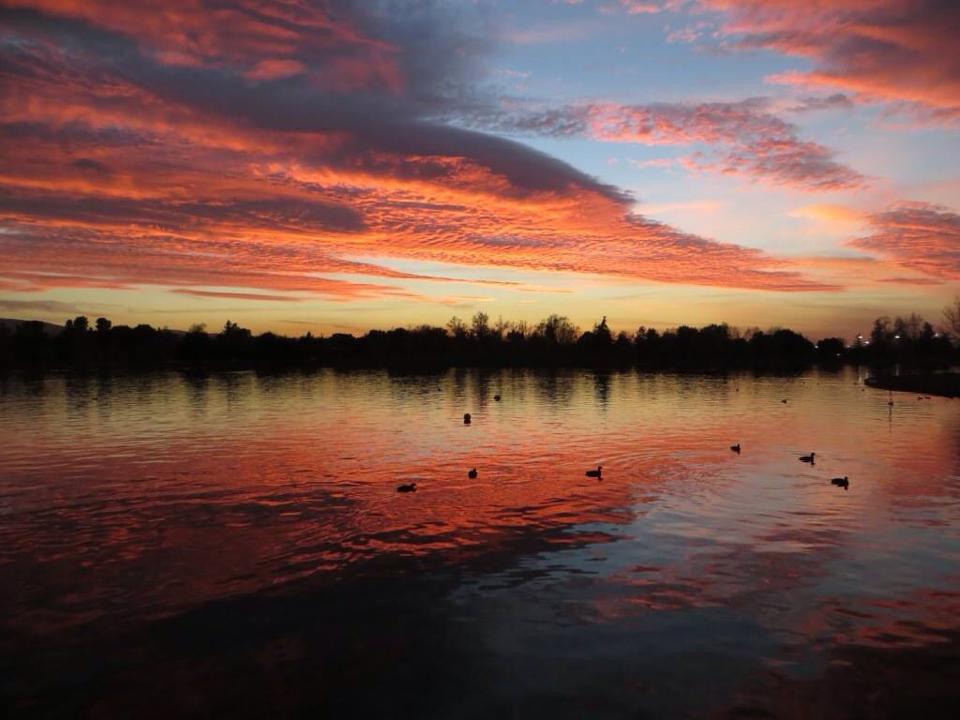 After sunset. Image via Lorie Vignolle-Moritz. 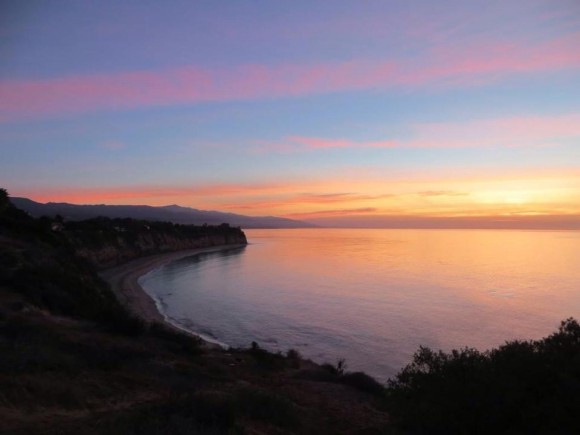 Before sunrise. Image via Lorie Vignolle-Moritz. 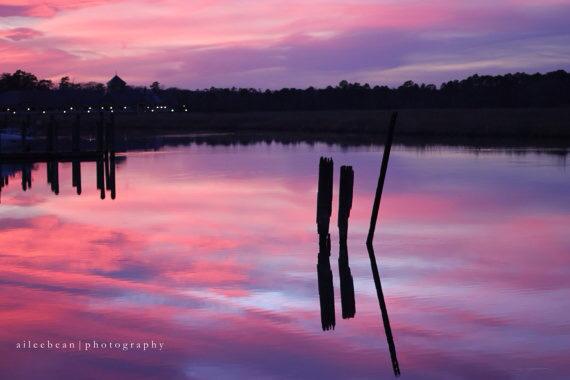 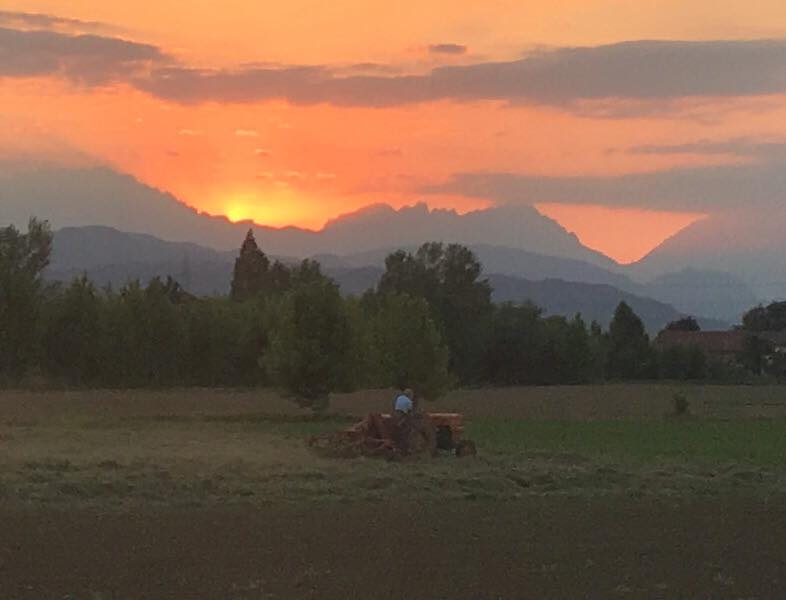 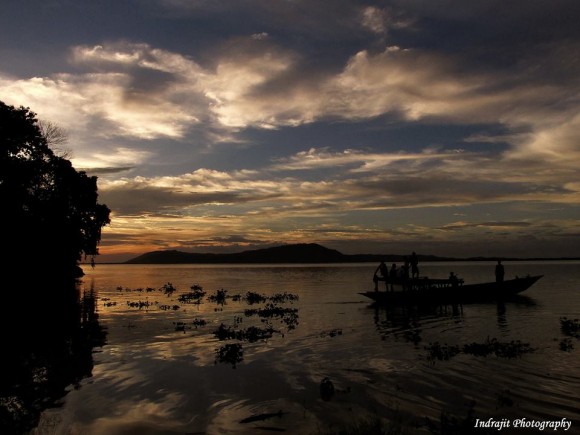 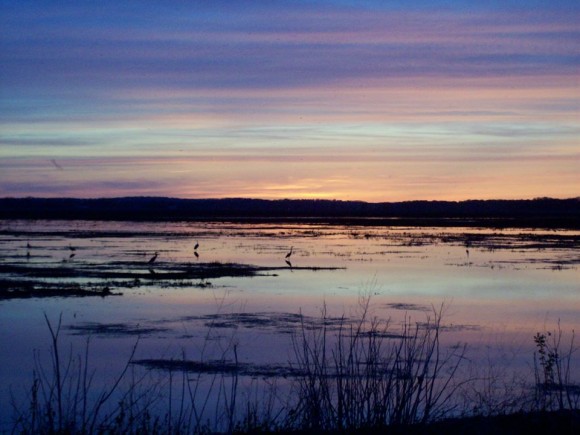 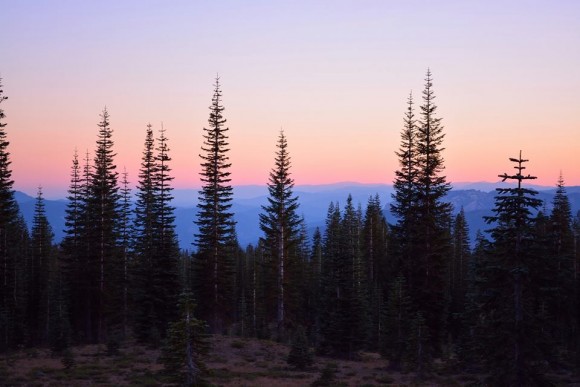 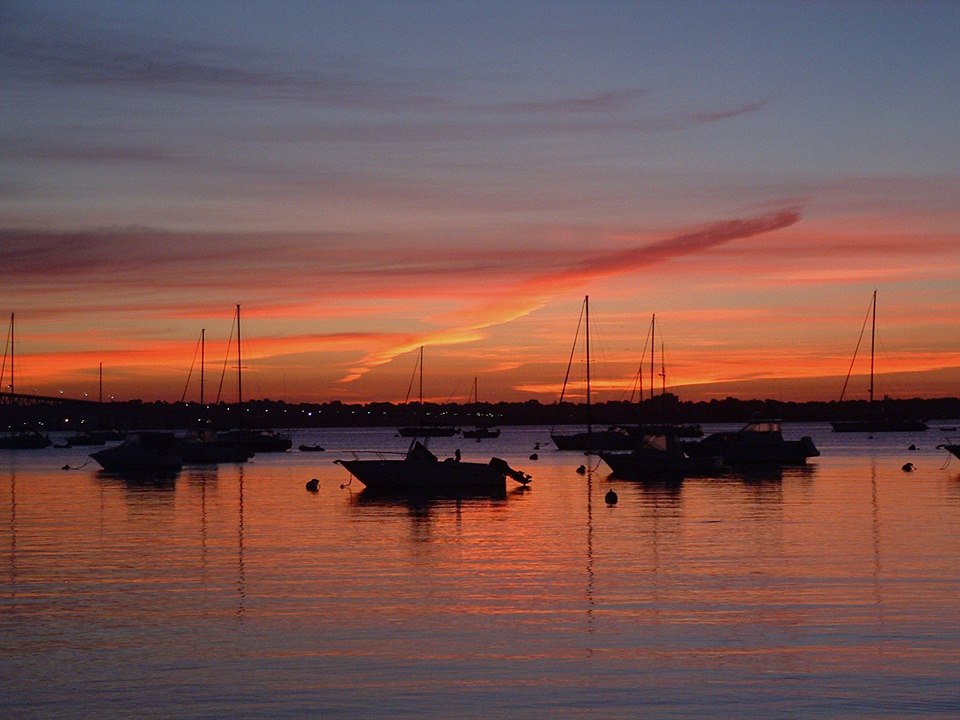 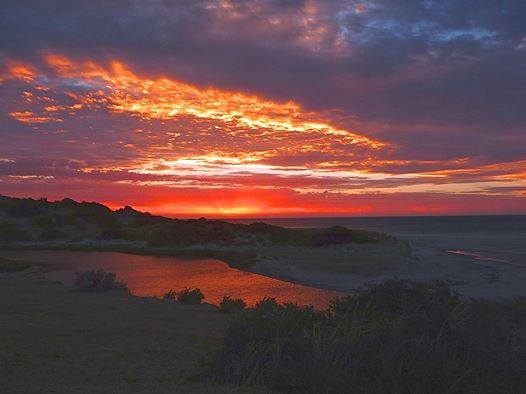 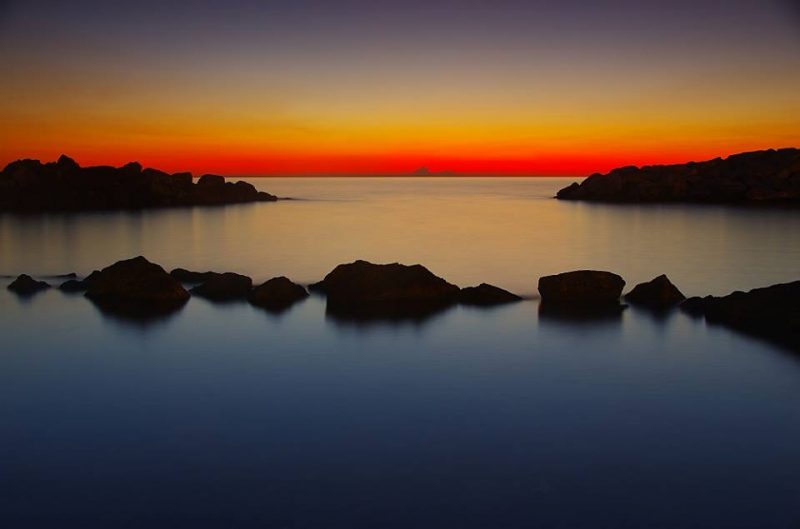 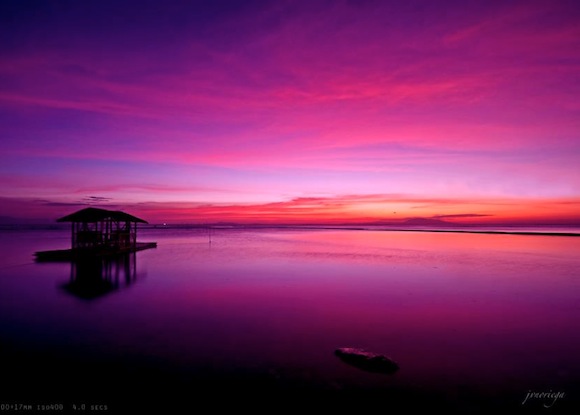 Twilight in the Philippines, via EarthSky Facebook friend Jv Noriega. 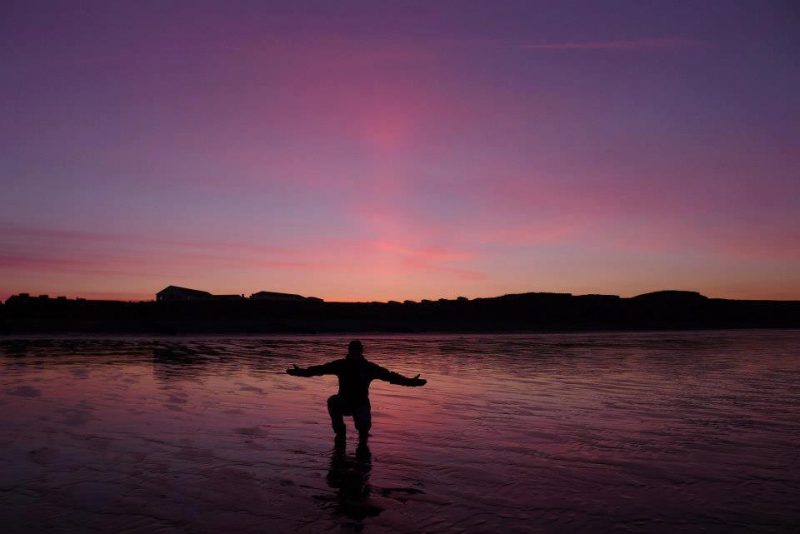 Twilight in the U.K., via EarthSky Facebook friend Adrian Strand.

Bottom line: You can define twilight simply as the time of day between daylight and darkness, whether that’s after sunset, or before sunrise. Astronomers recognize three kinds of twilight, which are explained in this post.