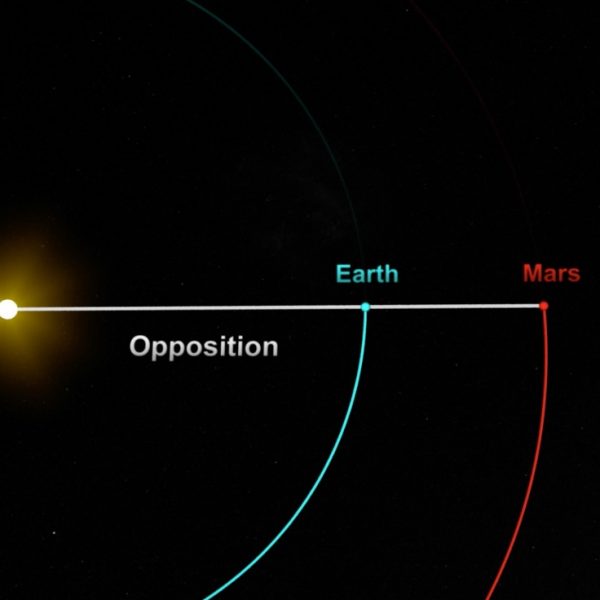 On October 13, 2020, Mars comes to opposition in Earth’s sky for the first time since July 27, 2018. In its smaller orbit around the sun, Earth will pass more or less between the sun and Mars at around 23:00 UTC (7 p.m. EDT, 6 p.m. CDT, 5 p.m. MDT and 4 p.m. PDT); translate UTC to your time. When Mars is at opposition, the sun and Mars are on opposite sides of Earth’s sky. Mars rises in the east at sunset, is at its highest at midnight, and sets in the west at sunrise. At this year’s opposition, in particular, Mars will be a fiery red and very wonderful sight all night long. Mars will be brighter at this year’s opposition than it will be again until the year 2035.

Opposition is a special time for any superior planet. Around the time of opposition, as Earth sweeps between the planet and the sun, that planet shines at its brightest in Earth’s sky for that earthly year.

Not all Mars’ oppositions are equal, however. This one is a very good one. 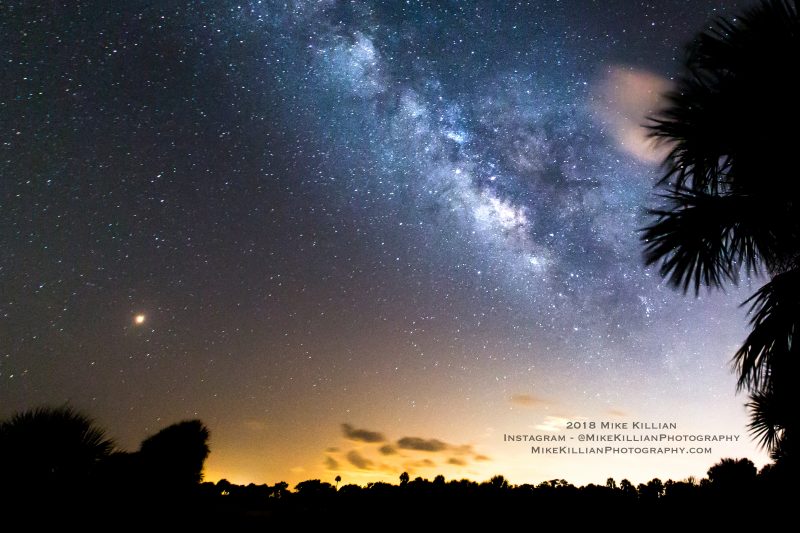 Oppositions of Mars happen about every 26 months. That makes sense because Earth takes a year to orbit the sun, and Mars takes about two years. Every 26 months, we gain a lap on Mars, passing between it and the sun.

Because it’s now closest to us, throughout October 2020 Mars outshines all the stars. It outshines even the king planet Jupiter, which is generally the fourth-brightest sky object after the sun, moon and planet Venus (and Venus is now up before sunrise).

Extra-close oppositions happen when we go between Mars and the sun around the time Mars is near perihelion, its closest point to the sun. That makes sense, too, right? See the chart below:

Diagram by Roy L. Bishop. Copyright Royal Astronomical Society of Canada. Used with permission. Visit the RASC estore to purchase the Observer’s Handbook, a necessary tool for all skywatchers.

So enjoy Mars this year! 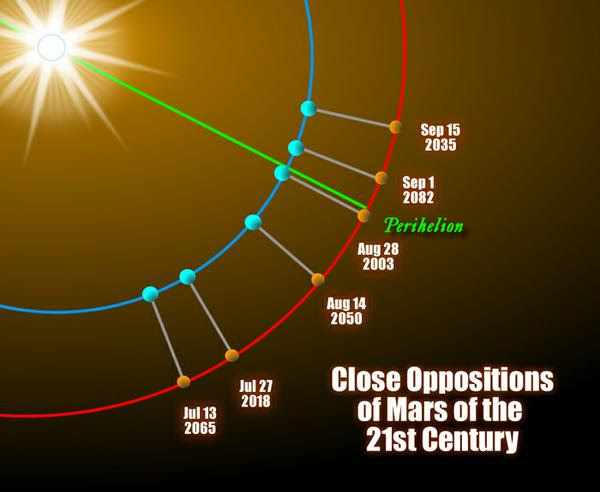 Extra-close oppositions of Mars happen every 15 to 17 years, when Earth passes between the sun and Mars around the time Mars is closest to the sun in its orbit. Illustration via ClassicalAstronomy.com. Used with permission.

In 2020, we go between Mars and the sun on October 13, but Mars came closest to Earth about a week before, on October 6. Why? It’s because planets in our solar system don’t orbit the sun in perfect circles (although their orbits are very nearly circular). The orbits of both Earth and Mars are ellipses, like circles someone sat down on.

What’s more, the planets in our solar system don’t all orbit the sun on the same plane (although their orbital planes are very similar).

The little differences brought Mars closer to Earth in 2020 on October 6 than on October 13, the day we pass between Mars and the sun. 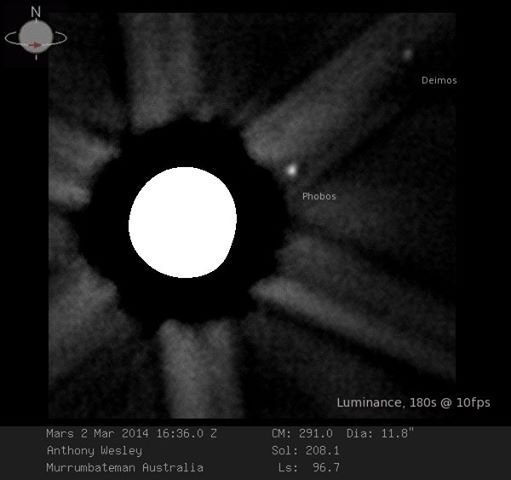 At the opposition of Mars in 2014, Anthony Wesley caught both of Mars’ moons. Here you see brighter and closer Phobos and fainter, more distant Deimos.

Bottom line: October 2020 presents Mars at its brightest in our sky until September 2035. Earth passes between Mars and the sun, at opposition, on October 13, 2020, yet Earth and Mars actually came closest together on October 6, 2020.