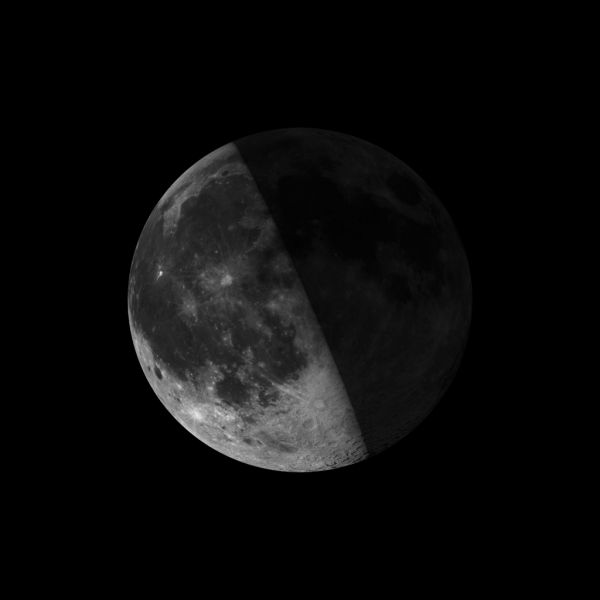 The moon you’ll see on the morning of November 8, 2020, will be at or near its last quarter phase. No matter where you are on Earth – as dawn breaks – it’ll be close to its high point on your local meridian – the imaginary semicircle that crosses your sky from due north to due south. Incidentally, the sun transits or crosses your local meridian at solar noon (sometimes called midday, high noon or local apparent noon). 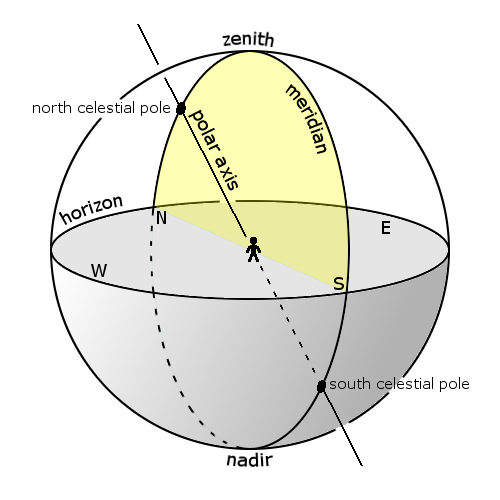 The sun crosses your local meridian – the imaginary semicircle that crosses the sky from due north to due south – at local noon. A last quarter moon is crossing your meridian around dawn.

Last quarter moon is synonymous with the moon being at western quadrature (90 degrees west of the sun in ecliptic longitude). If you could look down upon the lunar orbit from way up high, you’d see the sun-Earth-moon making a 90-degree angle at first and last quarter moons, with the Earth at the vertex of this right angle. The illustration below helps to explain. 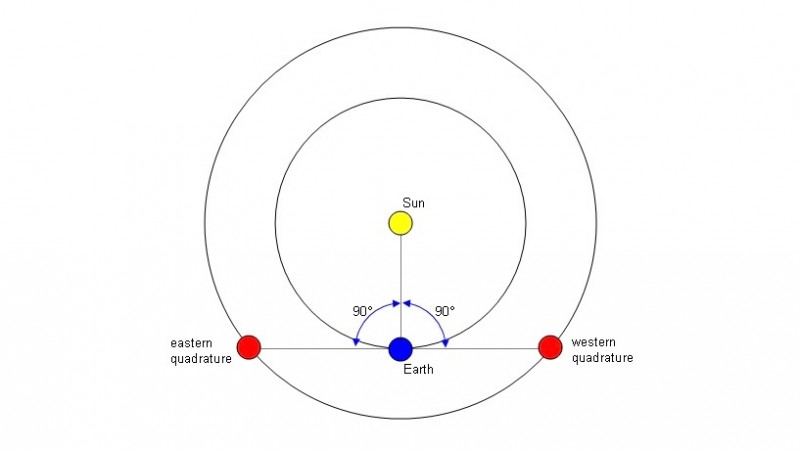 When a superior planet – a planet that orbits the sun outside of Earth’s orbit – lies 90 degrees east or west of the sun in our sky, that planet is said to be at quadrature. If you could have been privy to a bird’s-eye view of the solar system when Mars was last at western quadrature on June 6, 2020, you would have seen the sun-Earth-Mars making a 90-degree angle in space, with our planet Earth at the vertex of this right angle. Mars will next reach eastern quadrature on February 1, 2021.

Read more: Do the outer planets have phases?

Bottom line: Get up early, around the break of day on November 8, 2020, to see the moon at or near its last quarter phase, and close to your local meridian. This November last quarter moon assumes the position of the early August noonday sun.